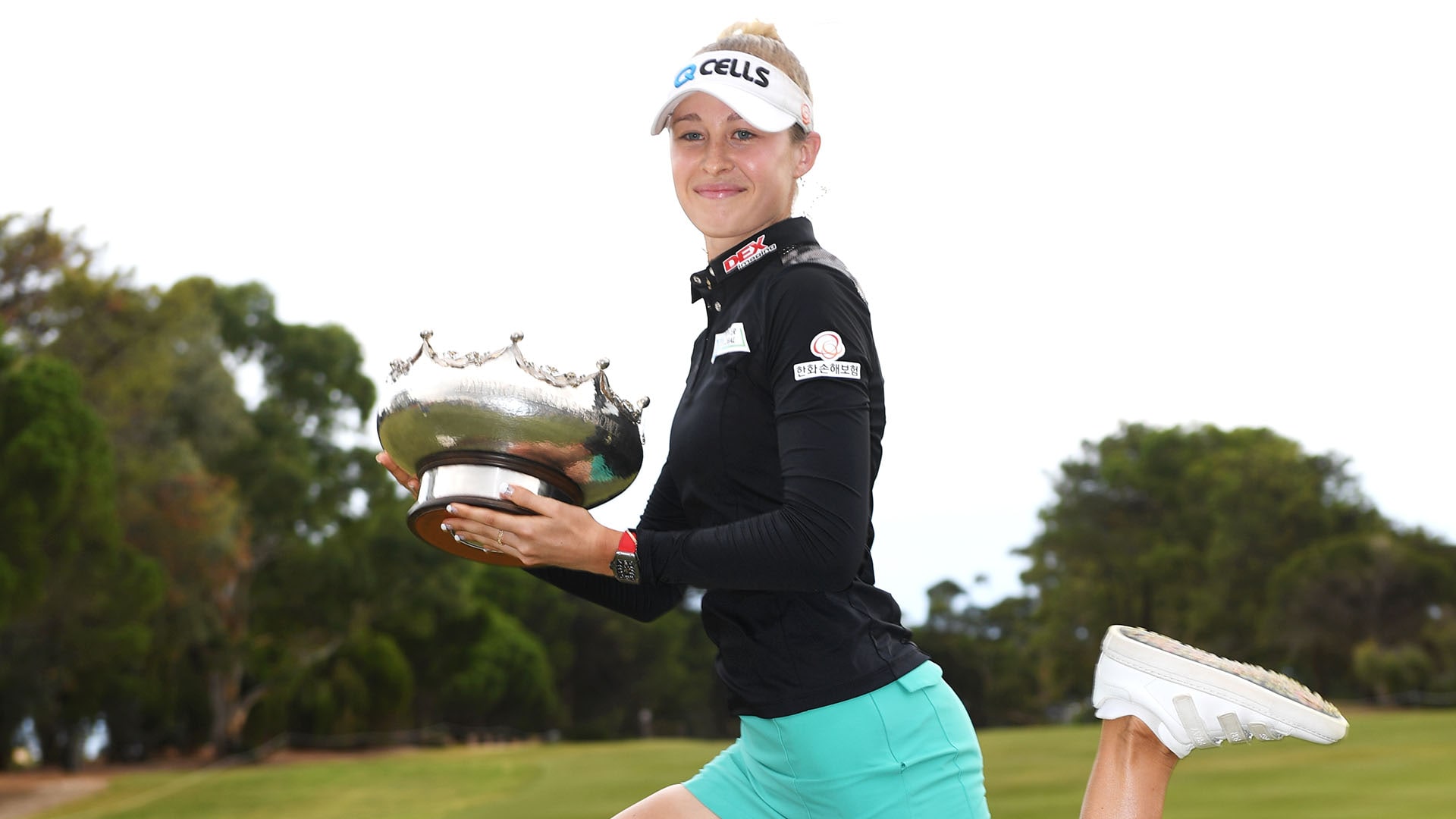 This slam sure felt grand.

Nelly Korda proudly completed a sweep Down Under Sunday, becoming the fourth member of her family to win an Australian Open title.

She celebrated with the trademark Korda scissors kick, a unique family tradition reserved for victory celebrations in Australia only.

“I was playing all day for my parents,” Korda said after winning the ISPS Handa Women's Australian Open for her second LPGA title in fourth months. “I’m really proud of that.”

Nelly didn’t have to wait long to hear how excited the rest of the family was.

Petr, back at the family’s home in Bradenton, Fla., with Nelly’s mother Regina, was on the phone shortly after the final putt fell.

“He’s like, 'Well, congratulations, you're part of the Korda's clan now,’” Nelly said. “So, that was funny.”

Jessica reached Nelly by FaceTime before she walked off the 18th green.

“Welcome to the club,” Jessica screamed through the phone.

Sebastian was in Turkey following the action.

“They were all up,” Nelly said.

At week’s start, she joked that she felt left out of this Aussie thing, but not anymore.

“I felt really confident today,” Korda said. “I was actually impressed with myself.”

And why not? At just 20, Korda is swiftly climbing the LPGA ranks. In her last five tour starts, she has finished first, third, second, T-19 and first.

Something special came together last October, when Korda claimed her first LPGA title at the Swinging Skirts Taiwan Championship.

“It kind of opened up my eyes to the point where I was like, 'Oh, I can win out here,’” Korda said.

The game’s eyes are opening wide to Korda’s talent with her swift climb in the world rankings. She is poised to leap in front of her sister. Nelly was No. 16 in the world at week’s start with a chance now to crack the top 10. Jessica, recovering from a forearm injury, is No. 12.

When the newest world rankings are computed, Lexi Thompson is likely to be the only American ranked ahead of Korda.

Nelly got her start following her sister’s lead.

“Jess is five years older, so by the time she started taking lessons, I was about 2 or 3, so I was right next to her (on the driving range),” Nelly said. “My mom was watching over her and me at the same time.”

“She never really made me feel like I was in her shadow,” Nelly said. “She always made me be really independent, do whatever I wanted, and kind of go my own way.”

Nelly closed with a 5-under 67 Sunday to hold off a bold charge by the defending champion, Jin Young Ko, who closed with a 64 to finish two shots behind.

Back-to-back 67s on the weekend left Korda at 17 under with Australians strongly behind her, rooting for the family sweep.

“My parents love Australia,” Nelly said. “My whole family does.” 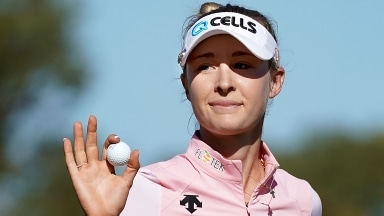 “I feel so left out,” Nelly Korda cracked. “They're like 'Oh, you know, we all have Australian Open titles. I'm like, OK."