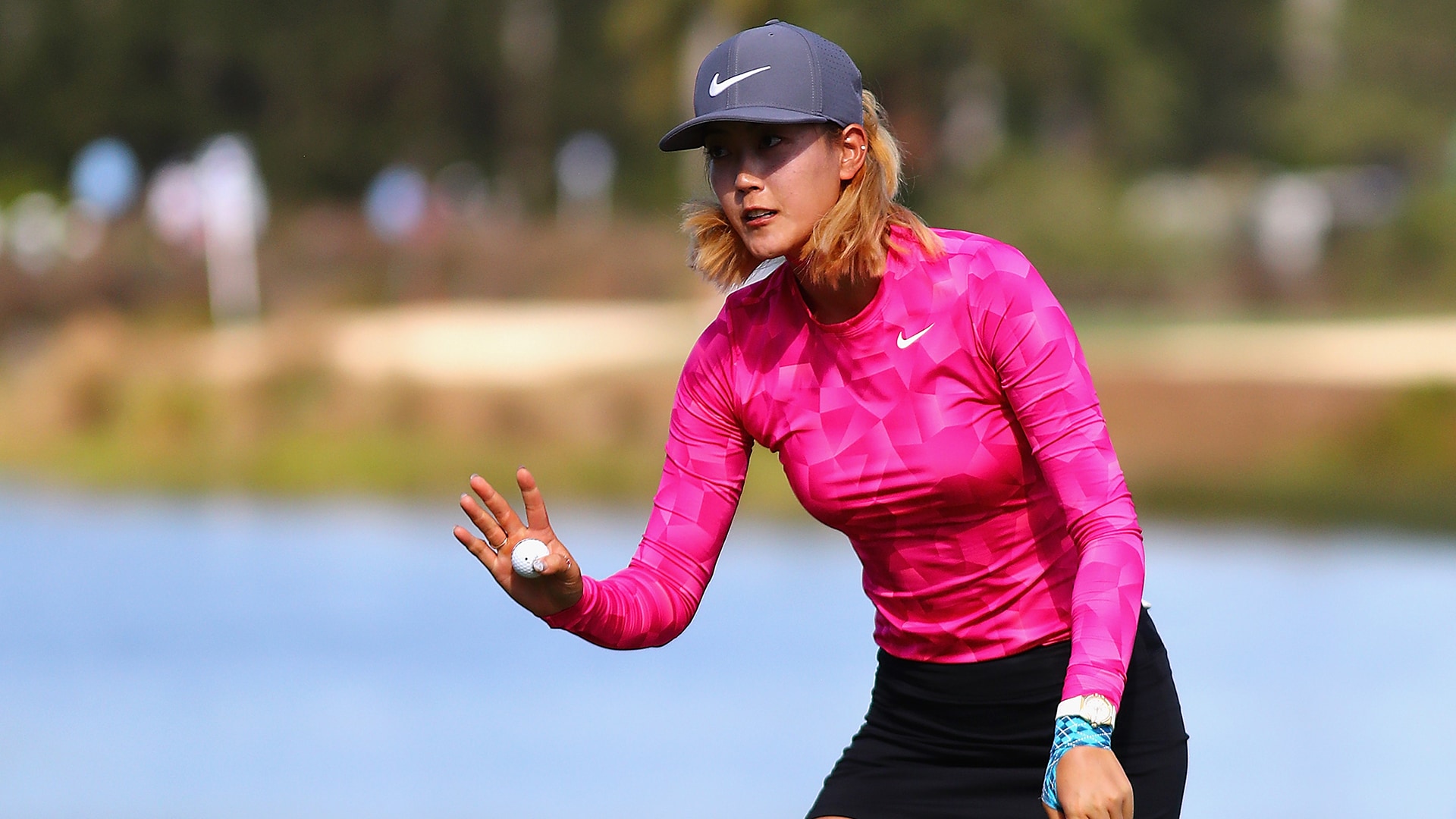 Bored during her six-week recovery from an emergency appendectomy late this summer, Wie decided to cut and die her hair.

She went for golden locks, and a shorter style.

“I kind of went crazy after being in bed that long,” Wie said. “I just told my mom to grab the kitchen scissors and just cut all my hair off.”

Wie will get to sport her new look on a big stage Sunday after playing herself into a four-way tie for the lead at the CME Group Tour Championship. With a 6-under-par 66, she is in contention to win her fifth LPGA title, her first since winning the U.S. Women’s Open three years ago.

Wie, 28, fought her way back this year after two of the most disappointing years of her career. Her rebound, however, was derailed in late August, when she withdrew from the final round of the Canadian Pacific Women’s Open to undergo an emergency appendectomy. She was out for six weeks.

Before the surgery, Wie enjoyed getting back into contention regularly, with six finishes of T-4 or better this season. She returned to the tour on the Asian swing in October.

Fellow tour pros were surprised when she came back with the new look.

“Definitely, walk by people and they didn’t recognize me,” Wie said.

Wie is looking to continue to build on her resurgence.

“I gained a lot of confidence this year,” she said. “I had a really tough year last year, the last couple years. Just really feeling like my old self. Really feeling comfortable out there and having fun, and that's when I play my best.”