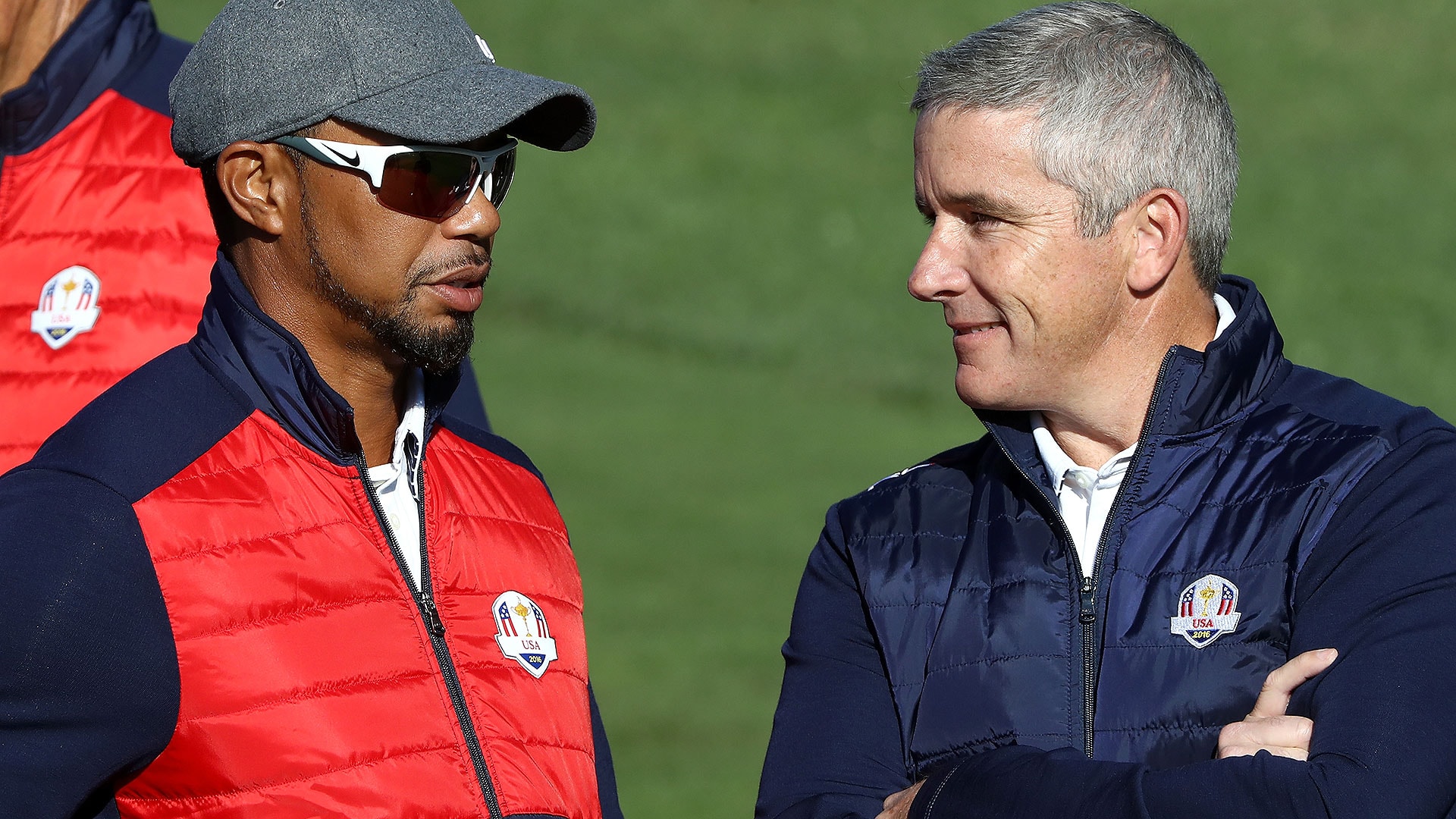 A few years back Rory McIlroy revealed that each year, on his way to his first event of the new calendar he would scribble his annual goals onto his boarding pass.

Justin Thomas went 2.0 with the notion last year, thumbing his goals into his cell phone, a detailed and impressive list he unveiled following his FedExCup-winning performance at the Tour Championship.

As the PGA Tour readies for the start of a new year this Thursday at the Sentry Tournament of Champions it seems an apropos time to revisit the practice for some of the game’s most high-profile goal-setters.

While Woods’ own list likely includes any number of relevant goals – win an event, play 15 tournaments, qualify for the U.S. Ryder Cup team, et al – when it comes to the often-injured 14-time major champion, it’s best to keep this simple – remain upright. If Tiger can stay healthy, and off the surgeon’s table, his competitive ceiling is high, at least according to his Tour frat brothers, but the key is a clean bill of health.

Along those lines, it’s probably best if Woods forgoes one of those globe-jumping flights from say Southern California to Dubai. First-class seats may be comfortable, but nothing good comes from 15 hours of inactivity and binge watching Netflix.

Jay Monahan. By many accounts, the Tour commissioner is a detail-oriented kind of guy so his list is probably peppered with all sorts of circuit minutia, but from 30,000 feet, the new year will be defined by a dramatic schedule overhaul that will begin with the 2018-19 season.

There’s all manner of competing interests when it comes to the new Tour schedule and the overall theme, ending the season before Labor Day, will be good for golf; but along the way Monahan will need to find a way to limit any potential collateral damage the new line up may cause.

Change is natural in every business - but in golf, tradition has its own, unique value.

Justin Thomas. When Thomas revealed his list of 2017 goals at East Lake it prompted a moment of reflection. How would he follow his groundbreaking season?

The Tour’s Player of the Year said he’d consult with Woods and Jack Nicklaus and Jordan Spieth, players who had followed historic years with even better campaigns, but the answer may have been etched onto his 2016-17 list.

Although there were specific goals, like qualifying for the Tour Championship and winning a major, Thomas’ list of goals included many more esoteric objectives, like ranking inside the top 30 on Tour in scrambling and a strokes gained-tee to green average above one shot.

If Thomas learned anything from 2017, understanding the big picture (winning) is easy; but it’s drilling down to the specifics that makes for a great year.

Jim Furyk. The last time the U.S. Ryder Cup team won an “away” match, Spieth was two months old, so the American captain’s natural tendency may be to create something new.

The hardest thing for Furyk in the build-up to the ’18 matches in France will be to trust the process that was put in place following the U.S. loss four years ago in Scotland and led to team victories in ’16 at Hazeltine and last year at the Presidents Cup.

Dustin Johnson. Heavily favored to win the Masters, DJ’s ’17 season took a detour when he slipped and injured himself before the year’s first major, so the world No. 1’s goals should be rather straightforward.

Don’t run with scissors, don’t roughhouse with the little ones on the eve of a major championship and don’t, under any circumstances, go bouncing down a set of stairs wearing socks and no shoes.

Mike Davis. The USGA’s executive director appears destined for a busy year with a new set of modernized rules poised for public consumption, but Davis’ primary goal should be to resist the urge to push back.

After record scoring last year at Erin Hills, it would be natural for Davis and the USGA to make this year’s U.S. Open at Shinnecock Hills something closer to golf’s toughest test. But Davis’ plan should be to take a breath and let the storied New York layout prove why it’s a classic without the need of tricked up fairways or ridiculously fast greens.

Paul Casey. It’s been nearly a decade since the Englishman won on the PGA Tour, a footnote Casey was reminded each time he played his way into contention and failed in ’17.

Players like Thomas succeed by focusing on the process, but after so much time away from the winner’s circle, Casey may want to try a more pointed approach. As the late Al Davis famously said, just win, baby.

Bryson DeChambeau. The week after winning his first Tour title at the John Deere Classic, the game’s most intense mad scientist was spotted testing new putters. DeChambeau’s endless quest to improve is admirable, and it's why he’s emerged as one of the game’s most dynamic players, but golf is as much art as it is science.

For such a complex and calculating player, the goal for ’17 should be surprisingly simple – futz less, freewheel more.

Continue to improve, make the most of his new opportunities (like this week’s start in Maui), and stay off Twitter; in fact, stay off social media of any kind. It’s best for everyone involved.