Newsmaker of the Year: No. 1, Justin Thomas 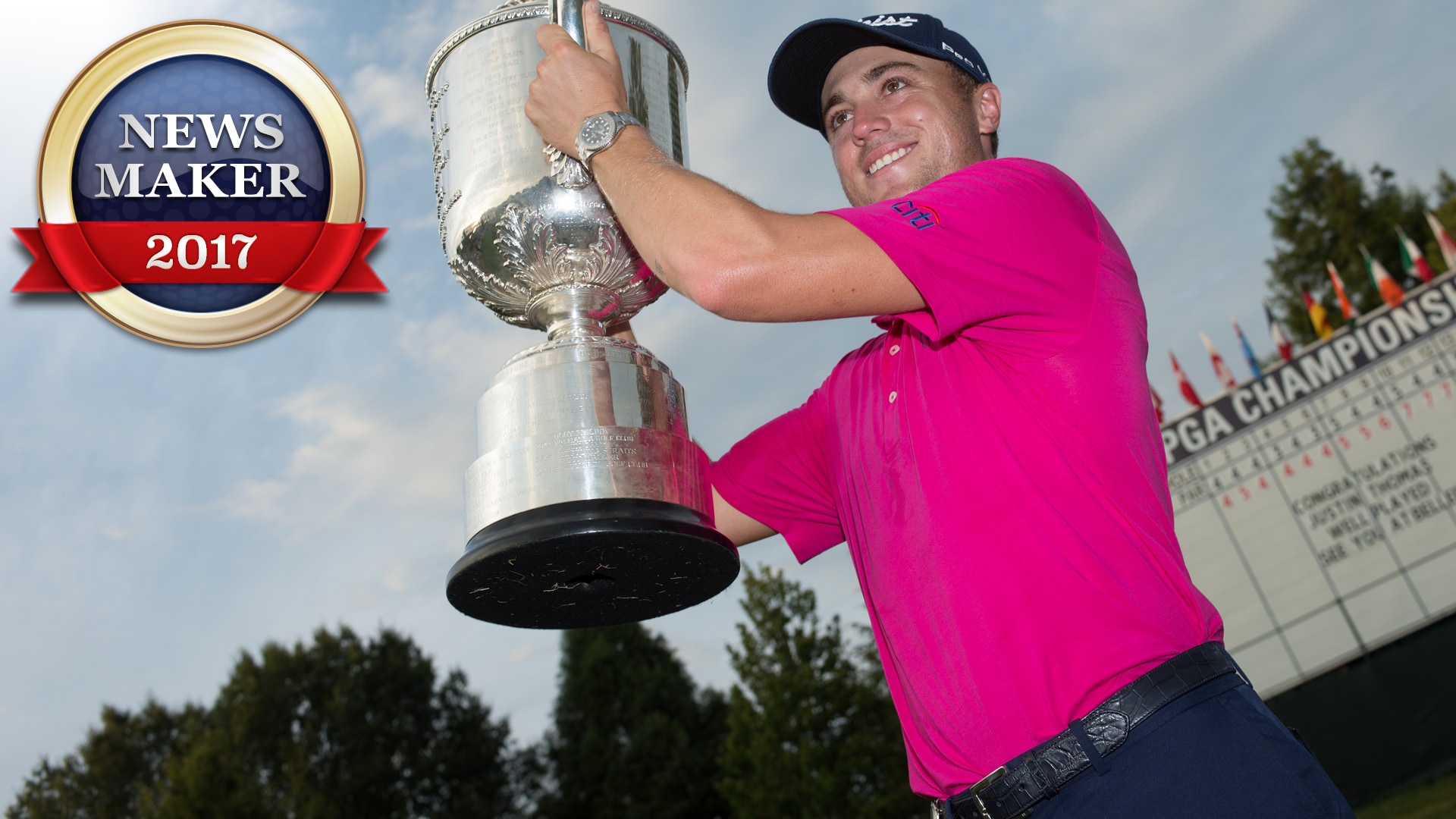 He won a major, captured the FedExCup and was named the PGA Tour’s Player of the Year. It should come as no surprise that Justin Thomas holds the top spot on our Newsmakers list for 2017.

Thomas entered the year ranked outside the top 20, and few might have pegged him for a transcendent campaign. But he kicked off January with a win in Hawaii, added another before leaving the Aloha State and never looked back.

Thomas’ seminal moment came in August when he captured the PGA Championship at Quail Hollow for his breakthrough major title. One month after greeting Jordan Spieth behind the final green at Royal Birkdale, this time it was Thomas’ turn to have friends stick around to snap pictures with the trophy that signaled his arrival among golf’s upper echelon.

In addition to racking up the hardware – five in total, including the inaugural CJ Cup at Nine Bridges in his first start of the new wraparound season – Thomas dazzled with style. His runaway win at the Sony Open included an opening-round 59, and his third-round 63 at Erin Hills marked the first time anyone had ever shot 9 under on a U.S. Open venue.

Thomas’ consistency was rewarded at East Lake, when a runner-up finish at the Tour Championship netted him the season-long title and $10 million prize. It was in the subsequent press conference where he shared the goals list he had written into his cell phone in February, having ticked off nearly every one. It showed a dedicated attention to detail as well the tactical approach with which Thomas had steered his rapid ascent.

Heading into a new year, he’s now very clearly entrenched as one of the world’s best. And as his career progresses, it’s likely we’ll look back at 2017 as the point where Thomas first transformed great potential into eye-popping results.

Win No. 1: Title defense at the CIMB Classic

Win Nos. 2 and 3: The Hawaiian double 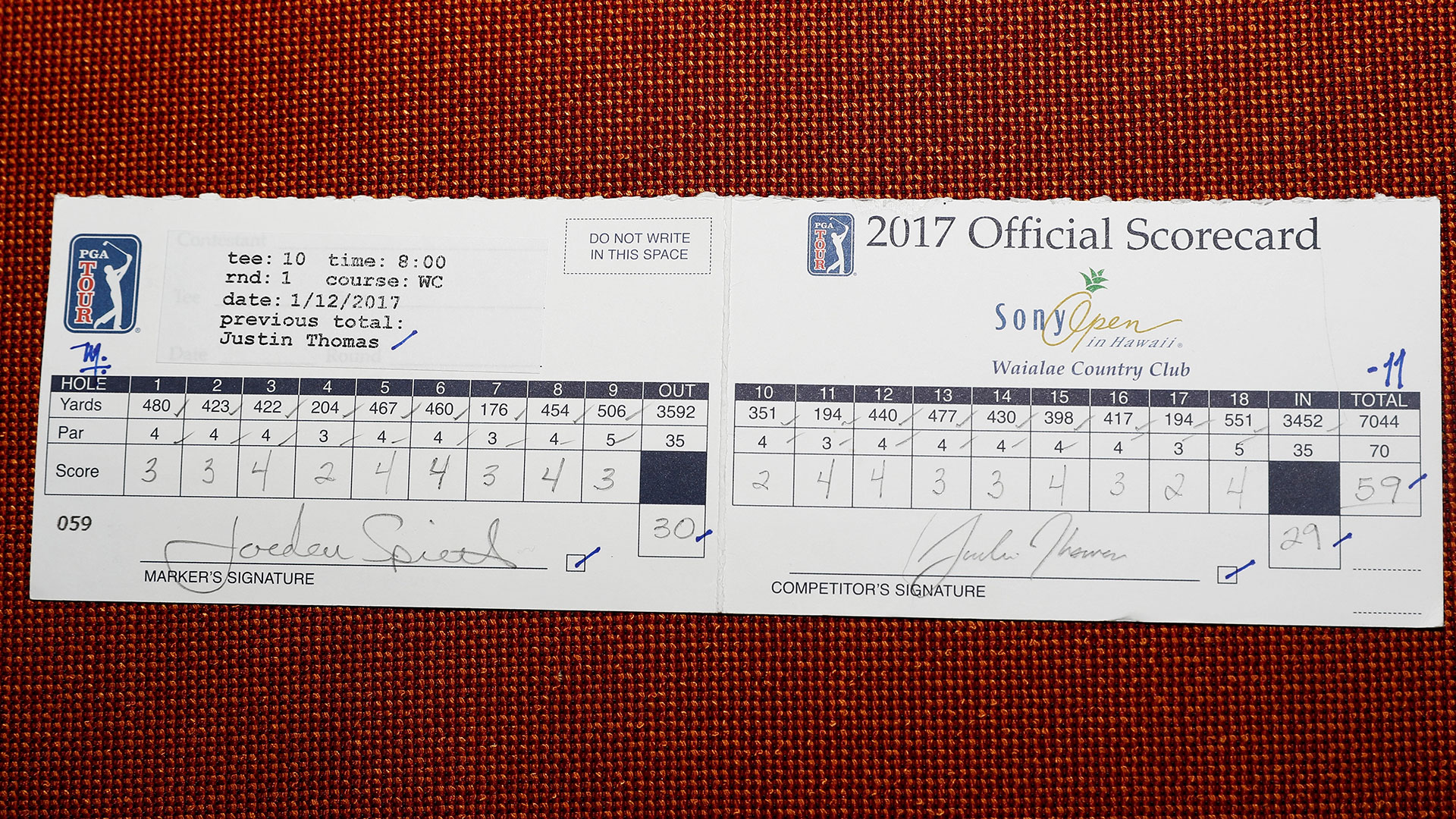 Take a look: Thomas’ scorecard from his amazing 59

Temporary Slide: Open MC makes it three in a row

Article: Thomas wins the battle of buddies over Spieth

Biggest Win of All? Player of the Year

Best of: Justin Thomas through the years