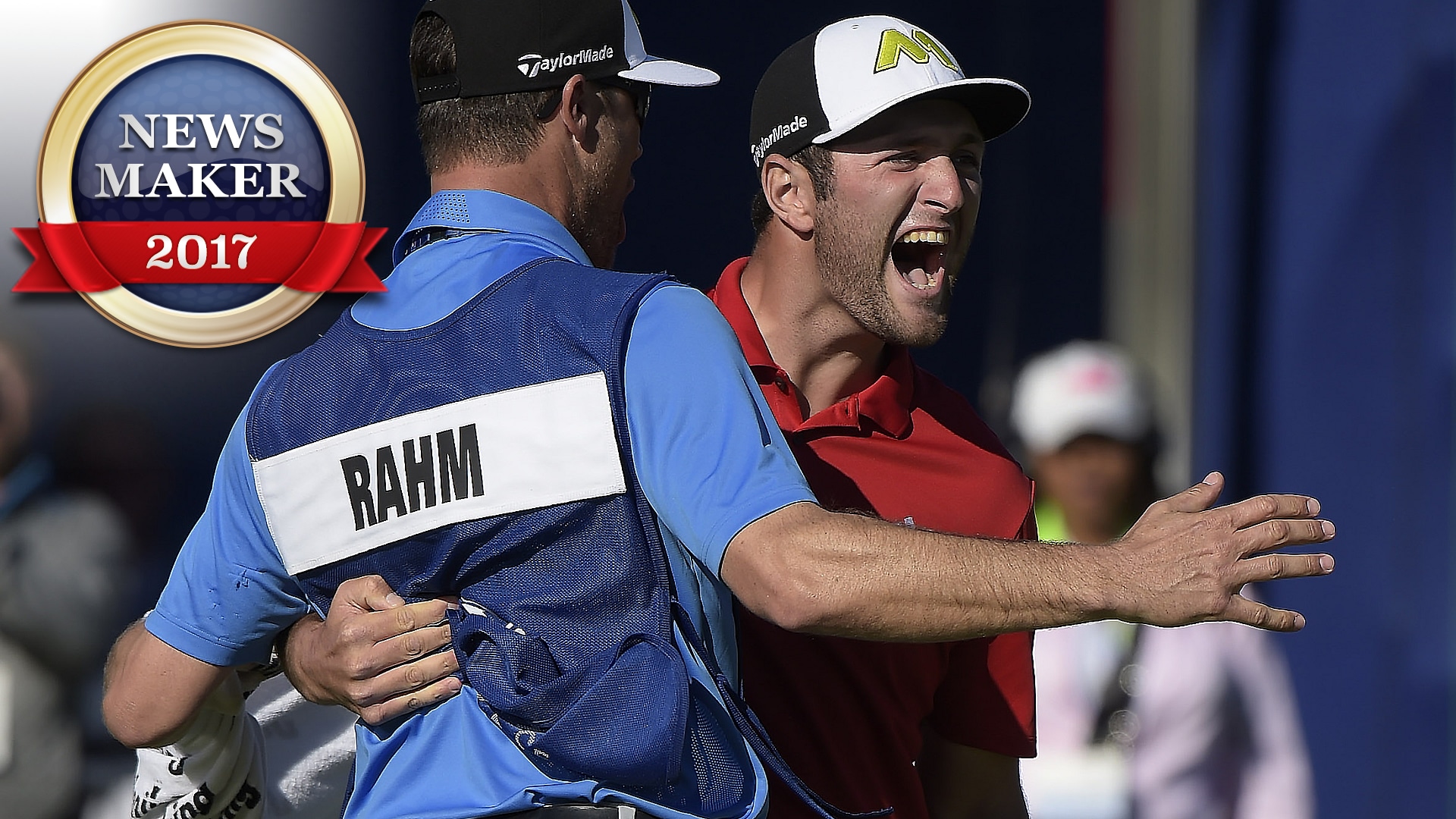 At the 2016 NCAA Championship, while watching his star stripe shots on the range, then-Arizona State coach Tim Mickelson was asked about a PGA Tour player comparison for Jon Rahm.

“He reminds me a lot of Phil,” Mickelson said of his Hall of Fame brother, “only a much better driver.”

High praise, but if Rahm felt any pressure to live up to those lofty expectations, he didn’t show it in 2017.

In his first full season as a pro, the young Spaniard won three times around the globe – in California, Ireland and Dubai – and surged inside the top 5 of the Official World Golf Ranking. It seems like only a matter of when, not if, he’ll reach the top spot.

Already Rahm is one of the game’s most complete players, ranking third on Tour in strokes gained-tee to green while displaying a Seve-like imagination around the greens. Clearly, all of the physical tools for a long, fruitful career are there, but in 2017 he also showed room for growth. He was embroiled in two rules controversies and was sharply criticized for his temper tantrums at Erin Hills, where he tomahawked clubs and punched a tee sign. He was the first to acknowledge that he needed to find a better outlet for his anger, so he leaned on a mental coach – a former bomb-disposal expert – and won twice to close out the year.

Next year will pose new challenges.

No longer can Rahm lean on Tim Mickelson, who followed his star from Arizona State to the pros to become his manager. (Mickelson will now be on the bag full time for his brother.) As a top-5 player, Rahm will be expected to contend not just in regular Tour events but also in majors. And he’ll be called upon, at the ripe age of 23, to lead the European Ryder Cup team.

Here's a look back at some of the most notable moments of our No. 10 Newsmaker of the Year:

THE RISE OF RAHM

PGA Tour No. 1 at the Farmers Insurance Open 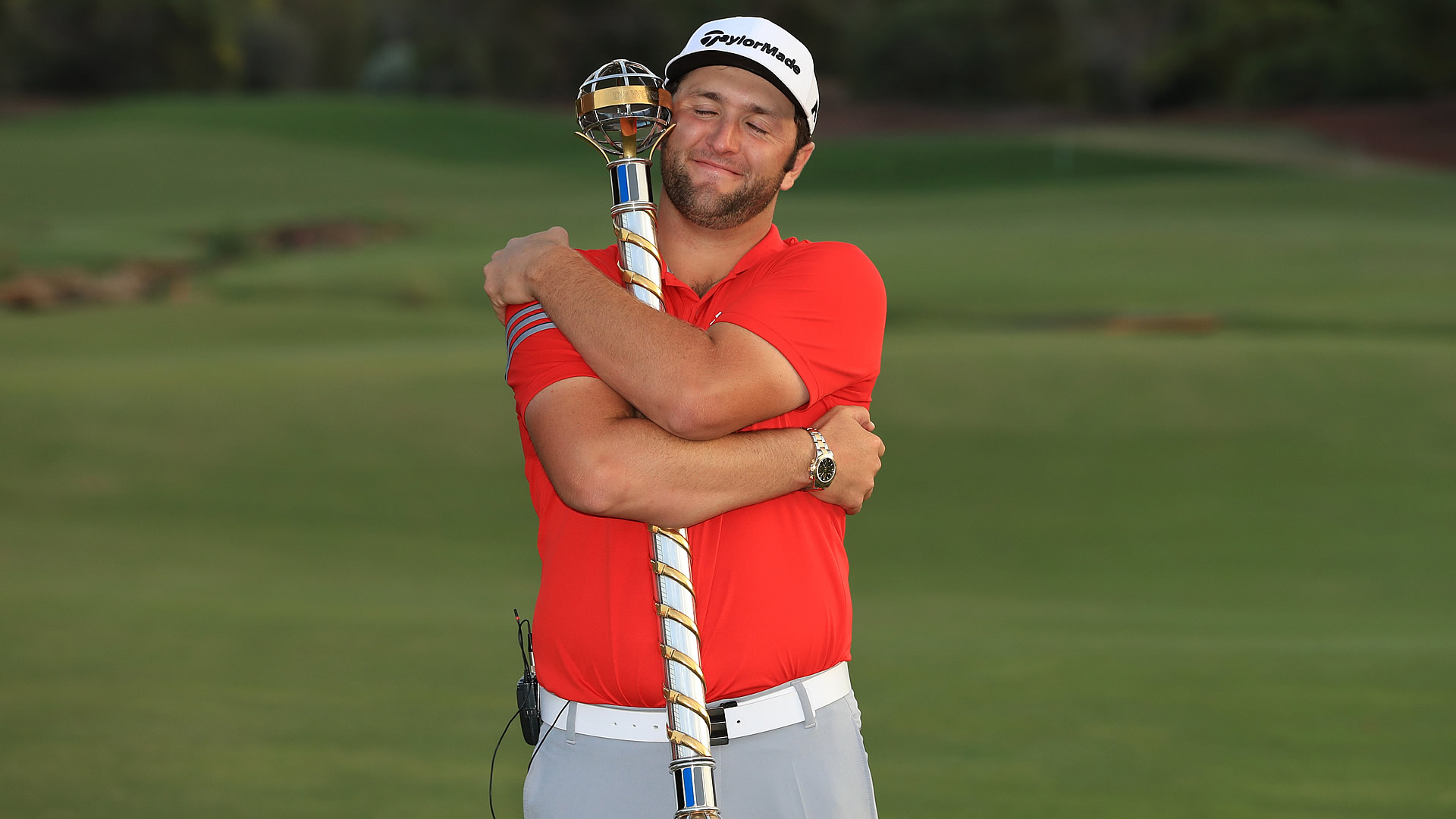 Firey crash at the U.S. Open

RAHM OFF THE COURSE 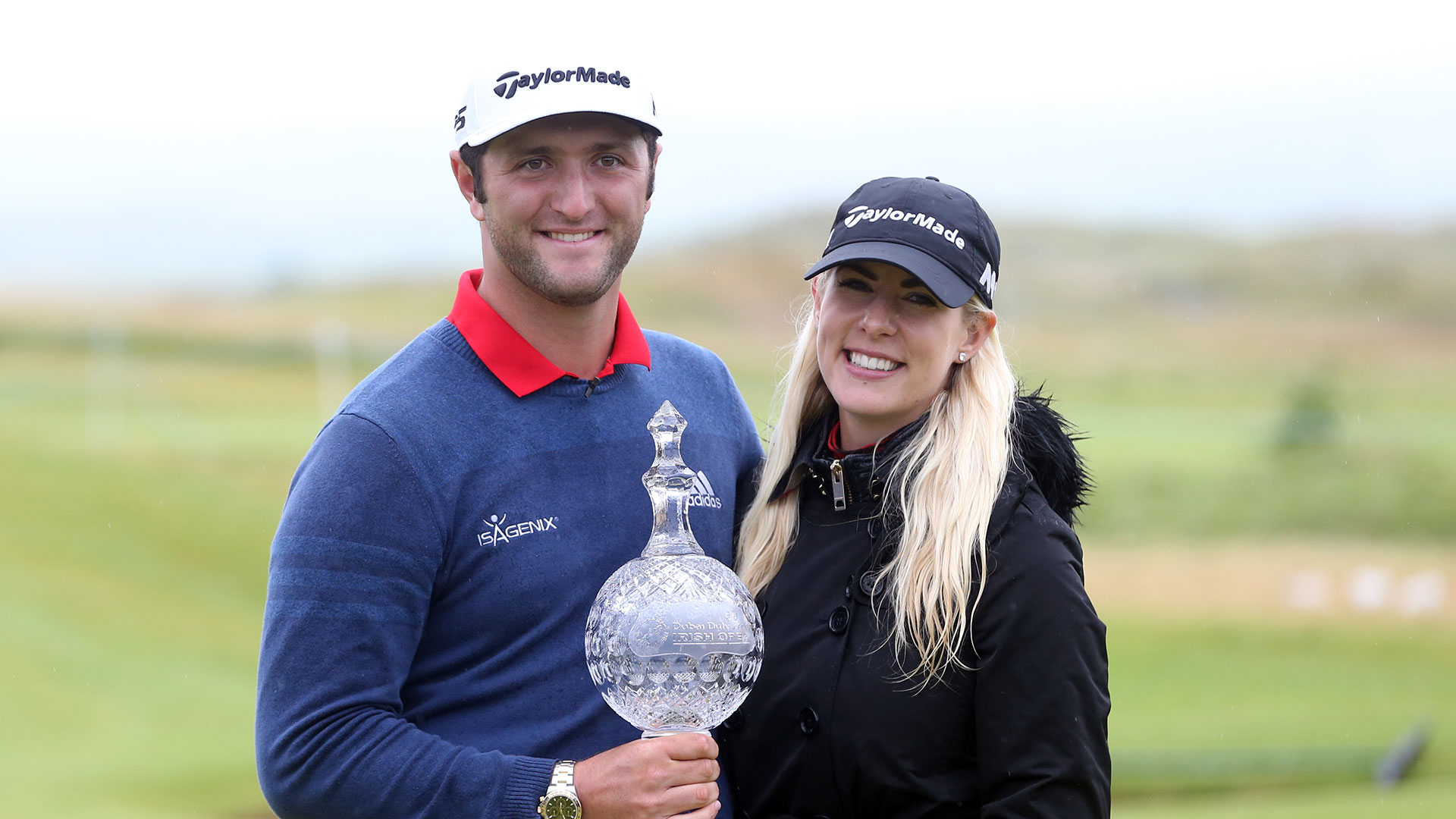