Newsmaker of the Year: No. 2, Donald Trump 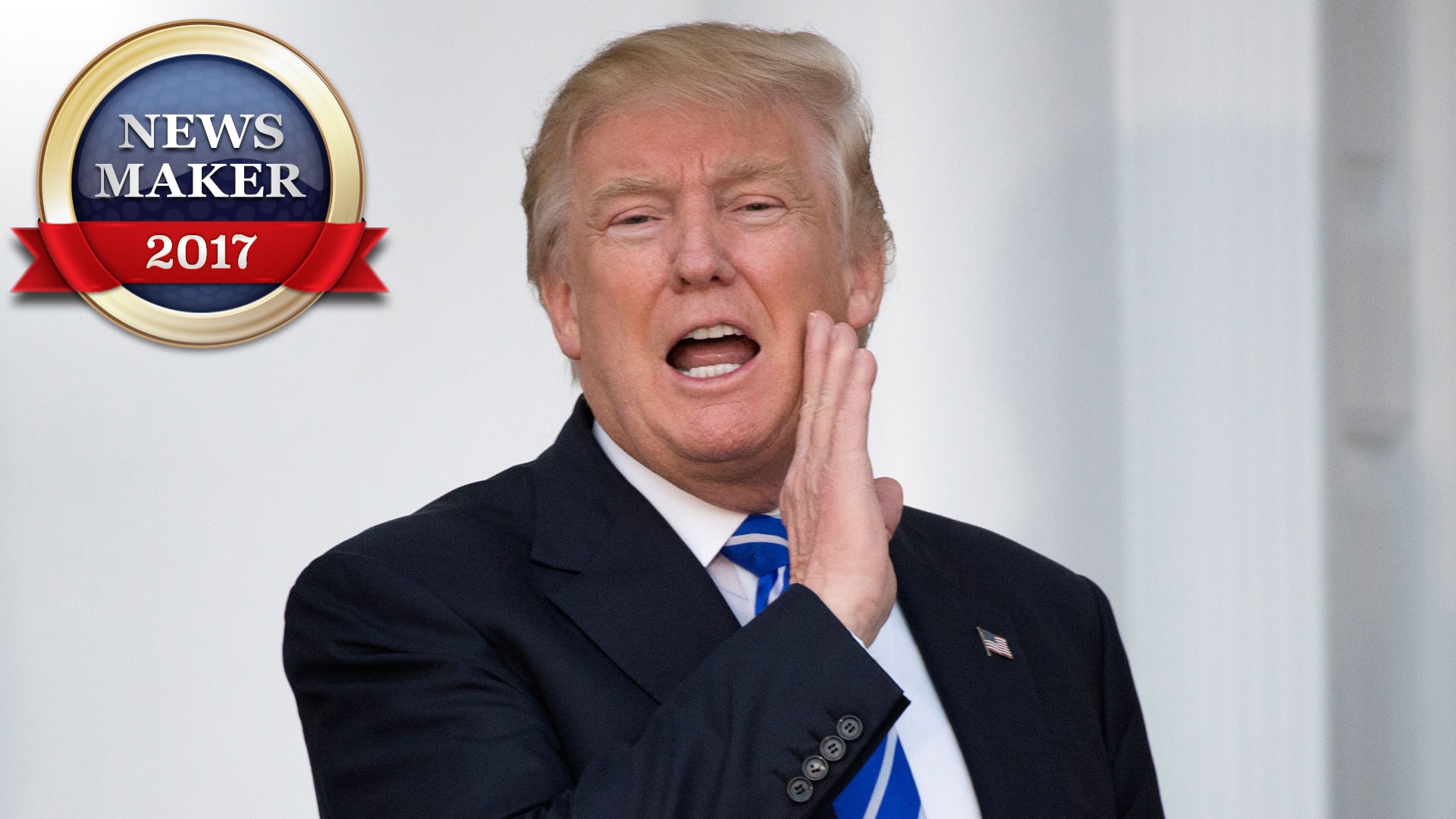 Even away from the White House, President Donald Trump generated plenty of headlines this year.

Trump’s first year in office didn’t dim his enthusiasm for the game, as he made splashy appearances at two big events, tweeted about golf to his more than 44 million followers, teed it up with some of the sport’s biggest stars, including Tiger Woods, Rory McIlroy and Lexi Thompson, and fired a few eyebrow-raising scores. Logging more than 75 rounds since his inauguration, the 3-handicap has only bolstered his reputation as the best golfing president, particularly after his alleged 73 with Sen. Lindsey Graham.

None of his appearances created a bigger stir than when he attended the U.S. Women’s Open. Despite protests and calls for the USGA to move its premier women’s event from Trump Bedminster – the president reportedly threatened to sue – his weekend there went off without incident, as Trump watched the action and hosted players in his private box near the 15th green.

Despite his controversial rhetoric on a variety of national issues, Trump has remained a staunch supporter of women’s golf, and he became the first sitting president to attend the U.S. Women’s Open.

An honorary chairman of the Presidents Cup, Trump also flew to Liberty National for the biennial team event, where he presented the trophy to the U.S. team and dedicated the victory to the hurricane victims in Texas, Florida and Puerto Rico.

In late November, amid tweets about the national anthem, Turkey, Egypt and Time Magazine, Trump announced that he was playing a round in South Florida with Woods and world No. 1 Dustin Johnson.

Yes, that too became a headline, just like everything else Trump did in 2017.

Playing with the pros

President at the Presidents Cup

Purported round of 73 with Lindsey Graham

Cart on the green 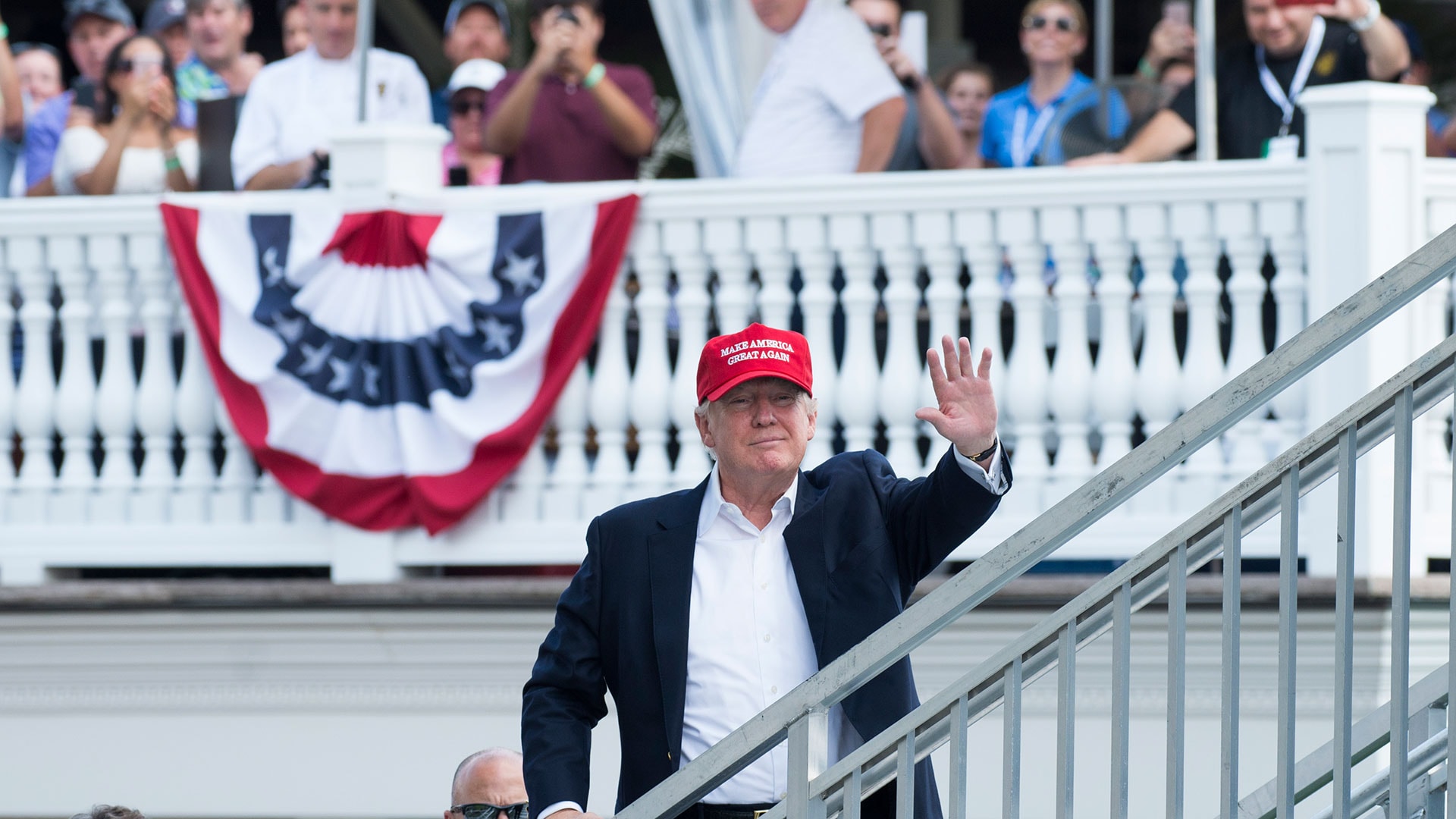