Newsmaker of the Year: No. 5, Sergio Garcia 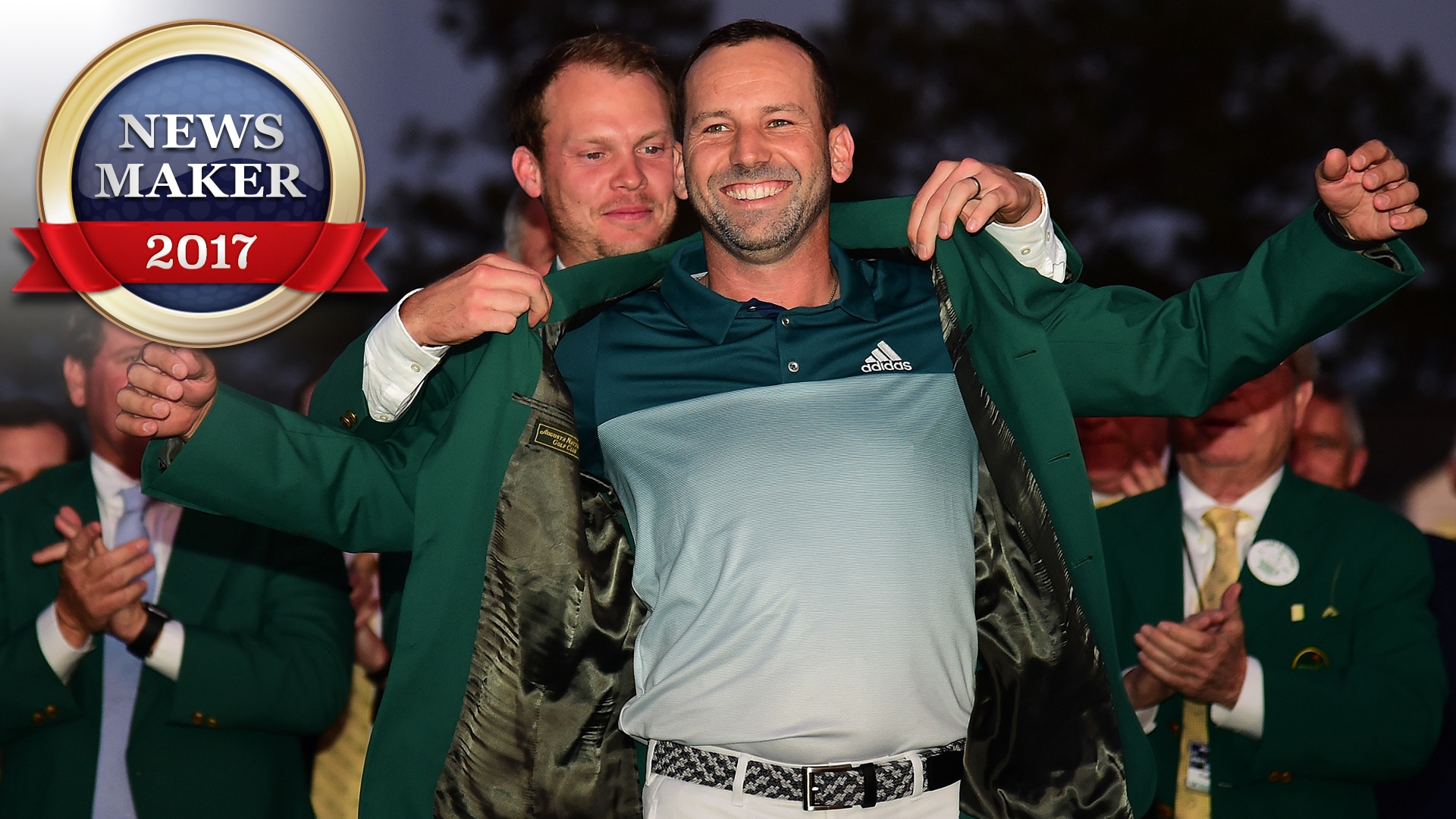 This was the year it finally happened for Sergio Garcia.

The one-time teen phenom, known for years as “El Nino,” entered the Masters as he had dozens of majors beforehand – shouldered with the burden of being the best player without a major.

Garcia was 0-for-72 driving down Magnolia Lane in April, but after a thrilling final round and sudden-death victory over Justin Rose, the Spaniard at long last captured his elusive first major title.

The expectation for years was that Garcia might land his white whale on a British links course, or perhaps at a U.S. Open where his elite ball-striking might shine. Instead it was on the storied back nine at Augusta National that he came alive, chasing down Rose thanks in part to a memorable approach on No. 15 that hit the pin and led to an eagle.

A green jacket was only the start of a transformative year for Garcia, 37, who heaped credit for his win on his then-fiancee, Angela Akins. The two were married in July, and months later the couple announced that they were expecting their first child to arrive just ahead of Garcia’s return to Augusta, where he'll host his first champions’ dinner.

And while players often cling to the notion that a major win won’t intrinsically change them, there was a noticeable difference in Garcia over the summer months. The weight of expectation, conscious or otherwise, seemed to lift almost instantly. Like other recent Masters champs, he took the green jacket on a worldwide tour, with stops at Wimbledon and a soccer match between Real Madrid and Barcelona.

The player who burst onto the scene as a baby-faced upstart is now a grizzled veteran with nearly two decades of pro golf behind him. While the changes this year occurred both on and off the course, 2017 will always be remembered as the year when Garcia finally, improbably, earned the title of major champion.

Video: See the putt that made Sergio a major champ

Man of the people

Ace at 17th at Sawgrass