Newsmaker of the Year: No. 7, Lexi Thompson 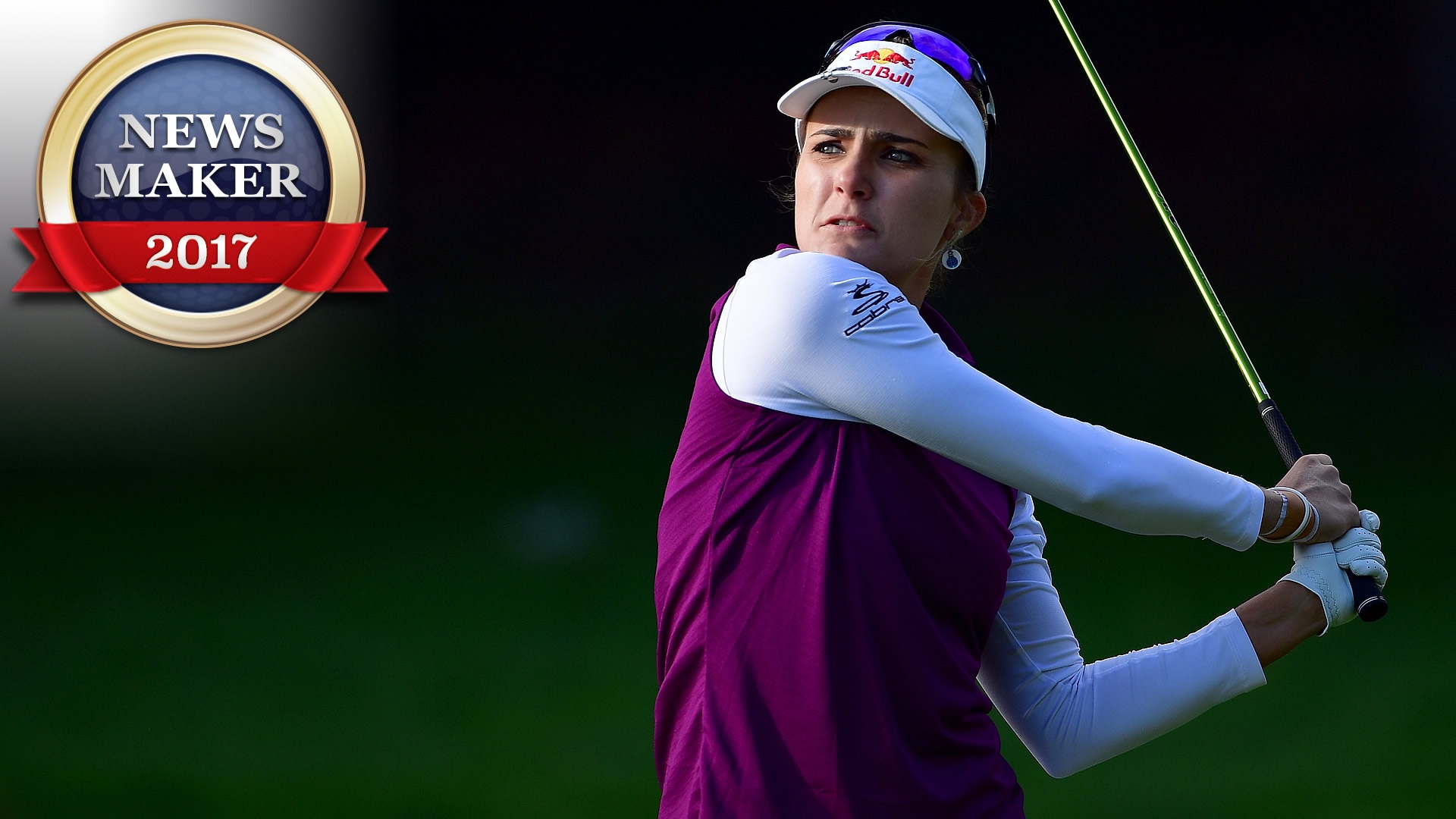 It was a year of what might have been for Lexi Thompson.

It’s unfortunate, perhaps, that a largely successful campaign will be remembered most for the two tournaments she did not win. But such was the plight of Thompson this year, as her chances for a second major ended in heartbreak and her season’s final stroke led to more of the same.

Thompson appeared on cruise control during the final round of the ANA Inspiration when word came down that a viewer phone call had led to a review of how she had marked her ball on the green the day prior. An error of less than an inch led to a four-shot penalty just as the tournament entered the homestretch, and while Thompson admirably battled back she ultimately fell to So Yeon Ryu in a playoff.

The incident sparked debate across the sport, and ultimately led to a rules revision by the USGA – although the change likely would not have saved Thompson in hindsight. But the penalty also hung like a cloud over Thompson, even after she won in May and again in September.

But she appeared on the cusp of erasing those painful memories while sizing up a 2-foot par putt to close out the season-ending CME Globe Tour Championship. The putt likely would have clinched the win, and along with it a bevy of season-long accolades and her first trip to world No. 1. Instead, it barely touched the hole.

Thompson still won the $1 million Race to the CME Globe, a testament to an inordinately successful campaign. She authored plenty of highlights, including an undefeated record en route to a U.S. win at the Solheim Cup.

But her two wins and seven-figure bonus were somewhat overshadowed by six runner-up finishes, including two of the most high-profile results of the LPGA season.

WINS FIRST EVENT OF THE YEAR AT KINGSMILL (MAY 21)

Article: Lexi to 'step away' from social media

PHOTO GALLERY: LEXI THROUGH THE YEARS (Click here to view)