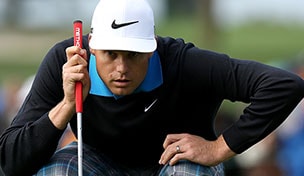 SAN DIEGO - After playing alongside Tiger Woods for each of the first two rounds, Nick Watney and Rickie Fowler both posted top-10 finishes at Torrey Pines, but saw their bids to catch the now seven-time Farmers champ fall short. According to Watney, though, that may have been an exercise in futility.

'Well, I don't know if anybody would have beaten him this week,' he noted after a final-round 71 made him the only player to break par in all four rounds this week at Torrey Pines. 'He's definitely on his game. When he gets like that, you've got to play your best to compete, and unfortunately I didn't today.'

Watney appeared ready to separate himself from the group chasing Woods mid-way through the final round, turning in 4-under 32 after a birdie on the ninth hole Monday. Three bogeys across the next five holes ended any hopes for a rally, though, as Watney ended up alongside Jimmy Walker in a tie for fourth at 9 under.

'Today was a bit rocky,' noted Watney, who won this event four years ago. 'I'm close to doing some good things, and I just want to get back a little closer next time.'

The route Fowler took to a top-10 finish, meanwhile, was decidedly more circuitous. After opening on the South Course Thursday with a 5-over 77, the 24-year old was dead last - tied for 154th in a field of 156. A 7-under 65 Friday on the North Course allowed him to make the cut by two shots, and after finishing with rounds of 70 and 68 back on the South Course, Fowler moved all the way into a tie for sixth, six shots behind Woods and only one behind Watney.

After an opening round that included six bogeys and a double bogey, Fowler turned things around in remarkable fashion. His double-bogey 6 at the 12th hole during Sunday's third round was his second such score on the hole this week, but it was also his lone blemish across the final 54 holes, which he more than countered with 15 birdies across that same span.

'Well after being T-154 after the first day I'm pretty happy with the result,' Fowler posted to his Twitter account following the round. 'Ready for Scottsdale!!' 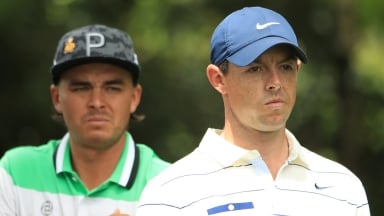 Who's appeared most on PGA Tour Live in '21?

Visibility matters in the Player Impact Program, which leads one to wonder who has the most PGA Tour Live appearances this year?