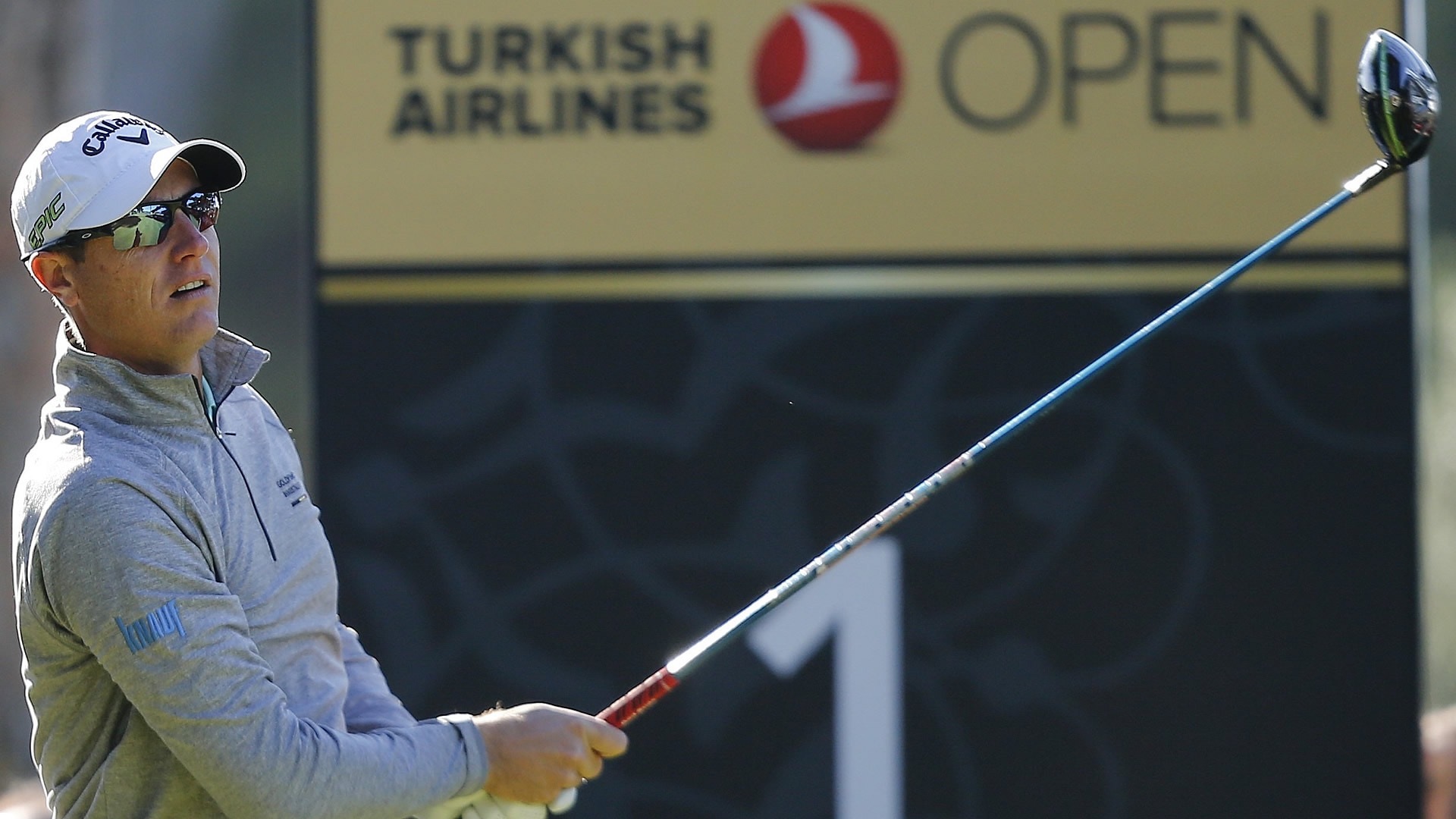 ANTALYA, Turkey – Dubbed the Belgian Bomber early in his career for the prodigious lengths he is able to hit the golf ball, Nicolas Colsaerts used that power to his advantage on Thursday at the Turkish Airlines Open.

Colsaerts’ 312-yard driving average is the longest in this week’s field by 22 yards, and that length was on display when he eagled the par-5 12th hole to move into the lead, which he shares with Haydn Porteous and Joost Luiten at 7 under par.

“I didn't really start off very low. I had to stay patient on the first four or five holes,” said Colsaerts, who was 1 under par through his first six holes. “I made a few on the front and then went eagle, birdie, all of the sudden you find yourself at 7 under and you kind of realize that it's one of those rounds that you can go very low.”

Colsaerts, who hasn’t won on the European Tour since 2012, said he switched to a new driver a few weeks ago and went back to the same shaft he used until 2013.

“It seems like I can do what I want with this one a bit more. I'm really happy with the way it's been going,” he said. “I've been using it since the British Masters and the results that I have are basically because I'm a bit more comfortable off the tee and I can use that good driving.”