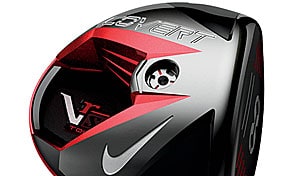 Among the new Nike clubs in the bag of new Nike endorser Rory McIlroy is the VR_S Covert driver. And even though he did not make the cut in his season-opening event, the HSBC Golf Championship in Abu Dhabi, he did rave about that product, describing it as “awesome,” and said that he hit the ball further with it.

Clearly, Nike officials are just as excited about the VR_S Covert driver, and they point to three proprietary technology platforms that they say combine to provide it “unprecedented distance, control and forgiveness.”

“With the VR_S Covert, we have created a game-changing piece of technology,” said Rob Arluna, Nike Golf’s global golf club business director. “It is visually exciting, it feels and sounds amazing and most importantly, it creates powerful results with a high degree of control.”

One of those technology pieces is the High Speed Cavity Back. Nike Golf technicians say they are the first to bring this feature, normally employed in irons, to the driver category. It enabled them to move more weight from the heel to the heel and toe, they said, for greater forgiveness and more distance on off-center hits. In addition, it is designed to provide more stability at impact and more energy to the golf ball for greater distance and control.

The VR_S Covert driver also utilizes Nike’s NexCOR technology, which is intended to produce faster ball speeds and longer shots from a wider area of the clubface. At the same time, the equipment maker employs a FlexLoft system, which uses a simple pull, turn and push/tighten mechanism so golfers choose from their loft and face angle independently, giving them 15 different options to suit their game and course conditions.

Nike Golf is offering two models of this new driver, the VR_S Covert, with a clubhead 460 cc in size, and the VR_S Covert Tour, which has a slightly smaller head (430 cc) and a deeper face, as well as a fixed-weight screw.