No fans, no claps as Woods moves into solo lead at Zozo 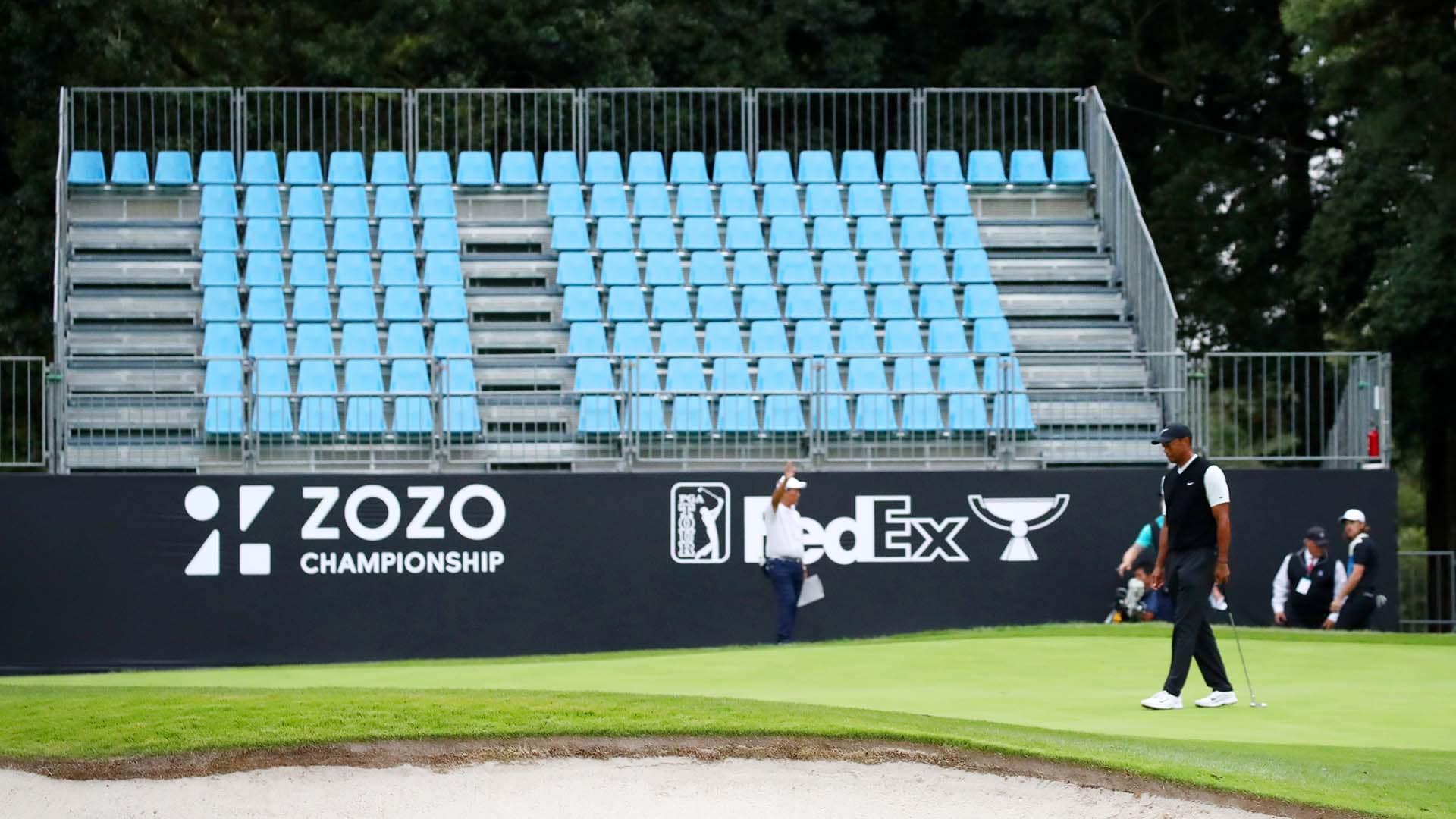 CHIBA, Japan – Following Thursday’s frenzy when 17,000 fans crowded onto Narashino Country Club to get a glimpse of Tiger Woods, Saturday’s second round of the Zozo Championship was surreal and subdued.

After Typhoon Bualoi washed out play Friday, officials closed the course to spectators for Round 2. It was a dramatic contrast to what players had expected, particularly Woods.

“When you make a putt and you kind of put your hand up, you're like, hmm, don't really need to put your hand up because there's no one clapping,” said Woods, who leads Gary Woodland by two strokes following his second-consecutive 64.

This is the second time Woods has played in front of an empty house during a PGA Tour event. Officials closed Congressional during the third round of the 2012 AT&T National after an overnight storm damaged dozen of trees.

There was a lighthearted moment early in Woods’ round when fans crowded behind a fence behind the fourth tee. 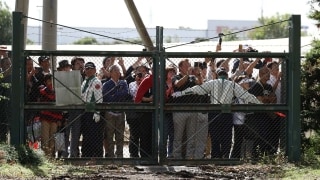 The course was closed to spectators for Saturday's second round of the Zozo Championship. But that didn't stop the fans from showing up.

“I was a little startled when they were yelling because we didn't expect it,” Woods said. “We heard them there at [No. 4], we heard them at 13. They were on the outside, but they were trying to be a part of the event and tomorrow they get to do that.”

Officials are expecting a sellout crowd of 20,000 for Sunday.