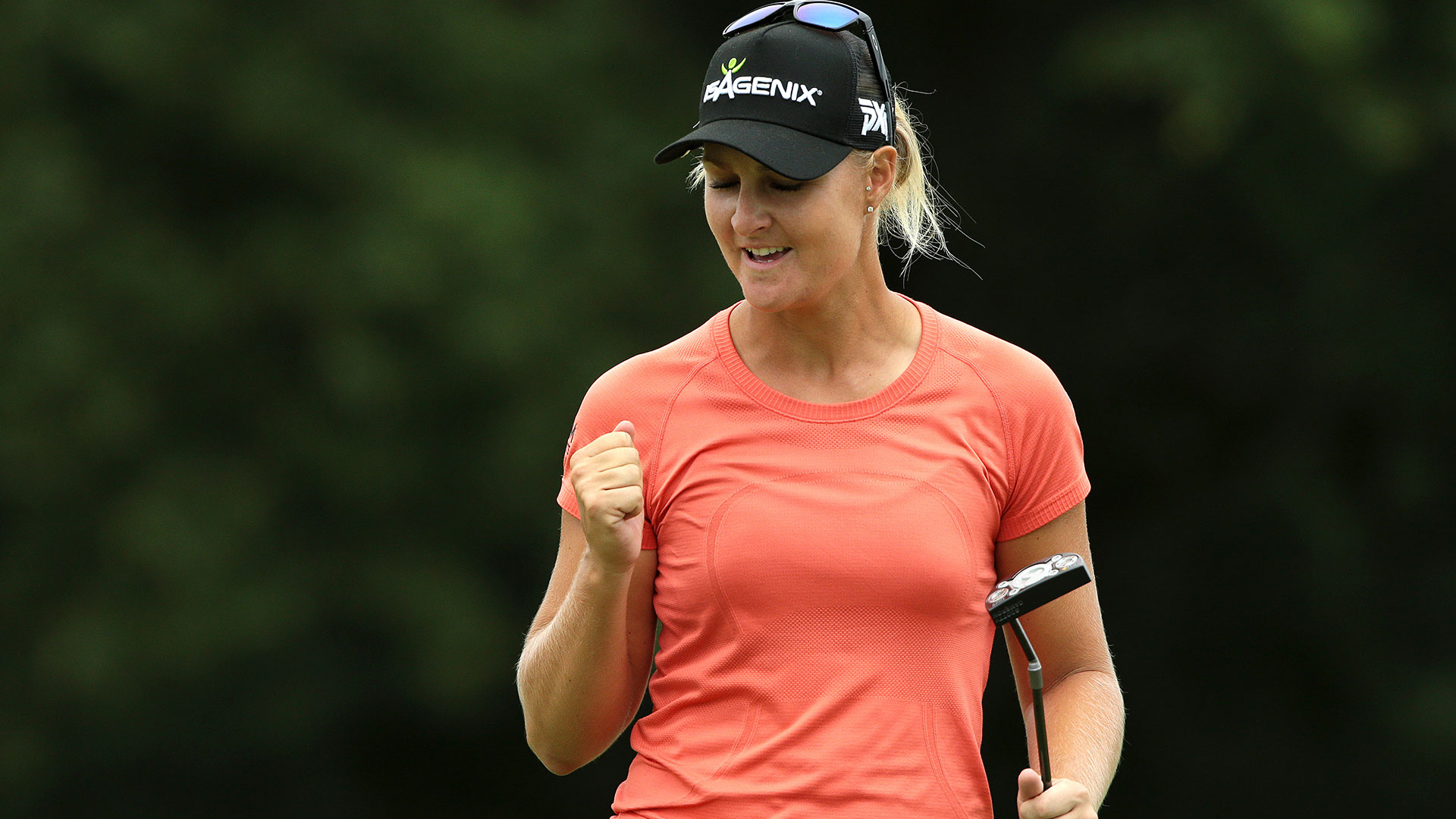 GRAND RAPIDS, Mich. – Anna Nordqvist and Lee-Anne Pace each shot 8-under 64 on Saturday to share the third-round lead in the Meijer LPGA Classic.

Nordqvist and Pace each birdied four of the first five holes and two of the last three - each making 20-footers on the par-4 18th - in their bogey-free rounds. They were at 18-under 198 at Blythefield Country Club.

She birdied the par-3 fourth hole with the tee moved back behind the river.

The 37-year-old Pace, from South Africa, won the 2014 Blue Bay LPGA in China for her lone LPGA Tour title. She has nine victories on the Ladies European Tour.

''I love this golf course,'' Pace said. ''It reminds me a lot of home, and I love shaping the course. It's fast on the greens, and I was hitting my irons really, really well these first rounds.''

Pace has been having success with a new set of clubs.

''They're really going straight at the moment, so that's always nice when it's always like that and you can just aim at the pin and then go for it,'' she said.

Second-round leader So Yeon Ryu was third at 16 under after a 69. Angela Stanford (66) and Caroline Masson (68) were another stroke back. Ryu had six birdies, a double bogey and two bogeys.

''I have been struggling with my game, so I haven't really been in contention,'' the South Korean player said. ''So, I'm not really kind of used to getting attention. I just tried to get used to it. I think I would be nervous the front nine. And then I think on the back nine, I just relaxed more, and then was thinking about my game instead of just the full field.''

Stanford had been bogey-free this week before dropping a stroke on No. 10 on Saturday. She had seven birdies.

''I stopped coming here for a couple years, because I couldn't figure out the golf course,'' Stanford said. ''And then to have, I think it was like 45 holes without a bogey. I don't think I have ever done that in my career. So, I have no idea. I'm putting pretty well. I think that's probably what's kind of kept things looking good.''

Masson started her round with two birdies but struggled with her putting late in the round.

''My driver has been so-so all week, so I'm going to hit a couple and try to tighten it up a little bit,'' the German player said. ''But after all, it's up to the putts, and I think you've got to get a little lucky. I mean, the greens are rolling fine, but sometimes they break a little more, sometimes they don't break at all. So, just got to keep doing what I'm doing, and hopefully go for a low one tomorrow.''

Defending champion Brooke Henderson was 9 under after a 68.