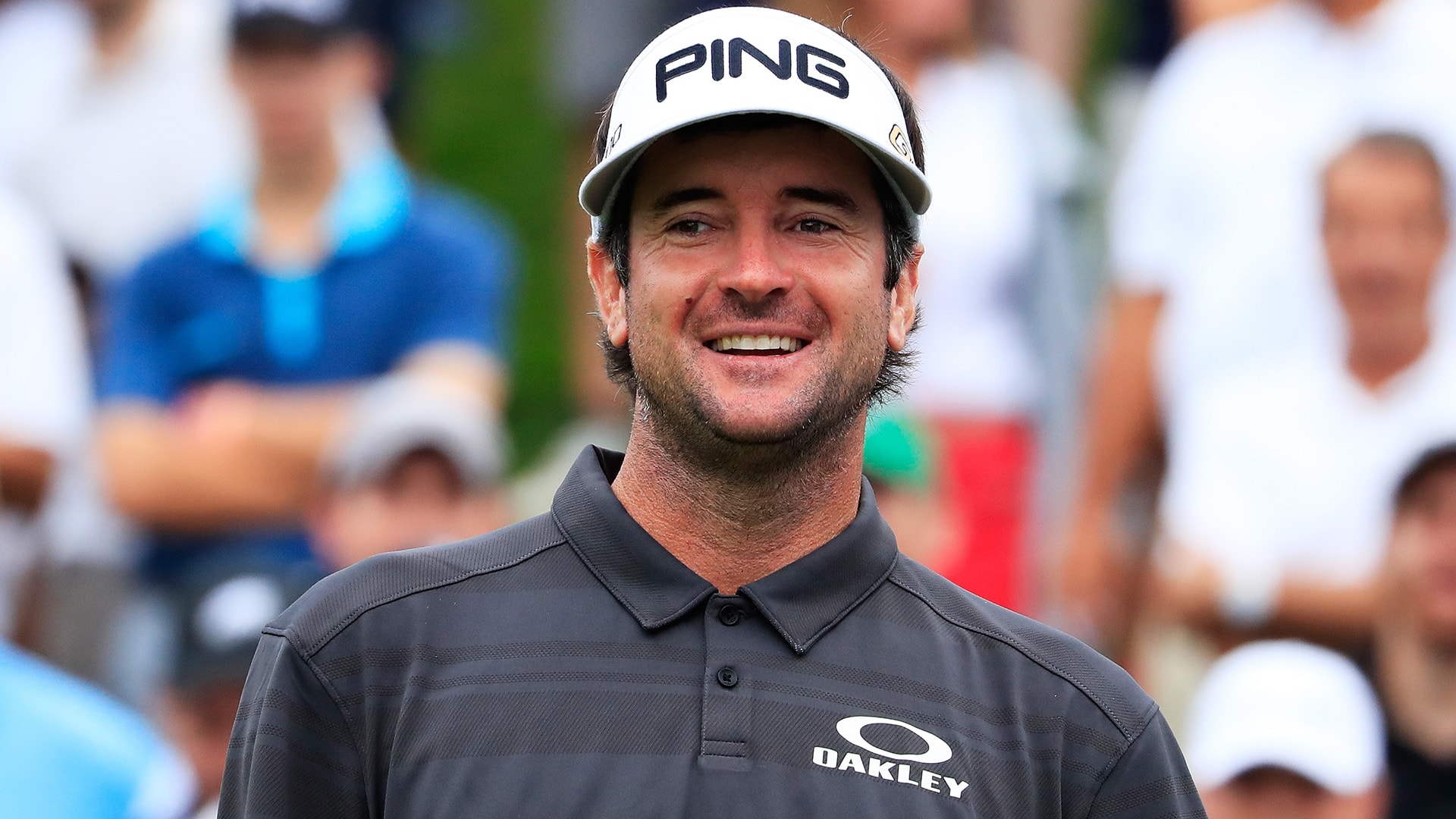 Bubba Watson once hinted that he might retire if he ever reached 10 wins on the PGA Tour. He was joking, for now he's at 12, and Watson has a new target with a goal that is out of his hands.

He wants to get to 15 victories, which might be enough for the Hall of Fame.

''Am I Hall of Fame worthy? I'm going to be dead honest with you - it would be the most joyous occasion in my life when it came to the game of golf,'' Watson said. ''I can't tell you if that's in or not. But my new goal is three more, see if I can get to 15.''

But he's not going to retire.

Xander Schauffele was No. 352 in the world and No. 135 in the FedEx Cup when he tied for fifth in the 2017 U.S. Open at Erin Hills, the start of a strong second half that led to two victories and PGA Tour rookie of the year honors.

He was excited about 2018. He's even more excited about next year, and not just because of a third victory in the HSBC Champions.

Schauffele finally knows what to expect.

Winning in July (Greenbrier) and September (Tour Championship) as a rookie meant he felt like a rookie all over again to start this year. He played nine tournaments before the U.S. Open that he wasn't in the previous year - Kapalua, Phoenix, Riviera, the Mexico Championship, Match Play, the Masters, Hilton Head, The Players Championship and the Memorial.

''It's comforting to know next year I'll know wherever I'm going,'' he said.

The new events weren't a big struggle. He made the cut in all of them except the Memorial. Schauffele was a distant runner-up to Webb Simpson in The Players, and he had a top-10 finish in the Genesis Open at Riviera.

The only concern now is staying fresh. His plan was to take off the last two months of the year and start on the West Coast.

''And then China happened,'' he said.

His victory in the World Golf Championships event in Shanghai moved him to No. 5 in Europe, so he went over to the DP World Tour Championship in Dubai. It also got him into the Hero World Challenge in the Bahamas and the Sentry Tournament of Champions in Kapalua.

End of an era

Damon Green faced an awkward introduction and handled it like a pro. He had decided to leave Scott Hoch and caddie for Zach Johnson. Green's final time with Hoch was at the Sony Open, and it was there he introduced Hoch to the 27-year-old Johnson, who was fresh off winning the 2003 Nationwide Tour money list.

Hoch looked the kid over, offered a handshake and went back to putting.

It proved to be the right move. Johnson won as a rookie. Three years later, he was a Masters champion. He won a claret jug at St. Andrews in 2015.

And now that relationship has run its course.

Green told The Caddie Network that Johnson will have a new caddie next year. They worked together for 15 years, 12 victories, two majors and more than $44 million in PGA Tour earnings.

Johnson hasn't won since the 2015 British Open and hasn't made it to the Tour Championship since that season. Green said while he was shocked by the split, he says he was able to work alongside a player who could wind up in the World Golf Hall of Fame.

Next up for Green? He's not sure.

''I'm thankful I don't have work again if I don't want to,'' he said. ''But there's a part of me that loves caddying. I'd say it's probably 80 percent I'll caddie again. But it has to be the right situation.''

The Symetra Tour and the new Women's All Pro Tour have formed a partnership that gives an extra layer of competition for women.

The Women's All Pro Tour will host five tournament series, each with two 72-hole events. The top two players in each of the five series will receive an exemption into select Symetra Tour events.

Mike Nichols, the chief business officer of the Symetra Tour, says some members don't get into tournaments because the tour doesn't host weekly qualifiers. He said alternates often lack a steady diet of competition to be sharp when they do get into events.

That's where the WAPT comes in.

''Our hope is that Symetra Tour members will take advantage of this alliance, which provides them an avenue for tournament entry and consistent, high-level competition against their peers,'' Nichols said.

K&G Sports runs the WAPT. For the last decade, it has expanded the All Pro Tour to hold up to 15 events a year. Among its players who have won on the PGA Tour are Andrew Landry, Brice Garnett and Austin Cook.

This is the final week of tournaments that could have a bearing on the top 50 in the world ranking. Branden Grace is in good shape to finish in the top 50 and earn a Masters exemption. Shugo Imahira of Japan is playing the Indonesia Masters and would likely need to be a runner-up to crack the top 50. He is at No. 55. ... PGA Tour Champions has a new title sponsor for its first full-field event of the year. Oasis Outsourcing has signed a three-year agreement for the Oasis Championship in Boca Raton, Florida. Mark Calcavecchia is the defending champion. ... The U.S. Senior Open is expanding two exemption categories starting next year. The Staysure Tour, the senior circuit of the European Tour, will get exemptions for the top 10 on the money list (up from six). The top four players from the Japan Senior Tour will be exempt, up from two. The Senior Open will be June 27-30 at The Warren Golf Course at Notre Dame.

Stat of the week