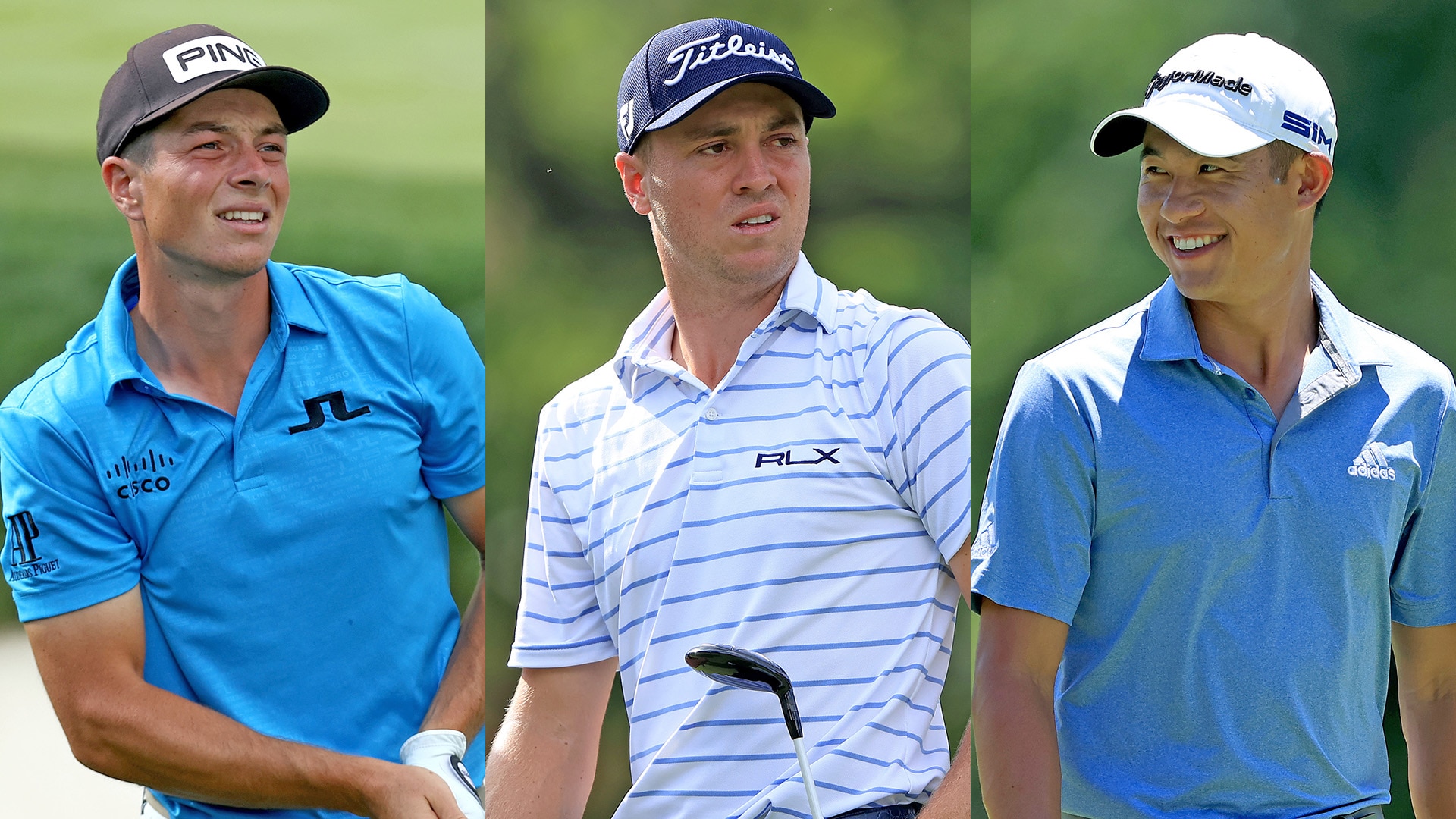 DUBLIN, Ohio – Remember when Justin Thomas was considered a young gun? When Thomas and Jordan Spieth were the talk of the Tour as the vaunted (high school) Class of 2011? When it appeared as if the game would be overrun by a half-dozen 20-somethings who arrived in the big leagues with all the tools to succeed?

It feels like just yesterday, but Sunday at Muirfield Village, Thomas will stand as the old hand in the morning's final group at the grand age of 27.

Thanks to 54 holes of bogey-free perfection, Thomas is two shots ahead of Viktor Hovland and three clear of Collin Morikawa, the heirs apparent to the young-gun title.

“I don't think I'm quite a veteran yet. I think I've got a little ways to go,” Thomas laughed after his third-round 66 at the Workday Charity Open. “It'll be fun to play with those two guys tomorrow, because I'm sure it's the first of many pairings I'll have with them.”

The math is on Thomas’ side. He’s got just four years on Morikawa, 23, and five years on Hovland, 22, but based on his resume he may as well have five decades.

Thomas has 12 Tour victories, including a major, he was a hero on last year’s U.S. Presidents Cup team and is a former world No. 1. By comparison, Hovland and Morikawa have combined for two Tour victories and rank 45th and 29th, respectively.

But neither the age difference nor the divergent resumes will mean much on Sunday for Hovland and Morikawa.

“Obviously you've just got to keep it simple,” said Hovland, who matched Thomas’ 66 on Saturday. “Don't try and do anything that I don't think I can do. Just hit the shots that I'm comfortable with.”

“It was really up and down,” said Morikawa, who was alone in third place after a third-round 72. “I put myself in spots you couldn't put yourself in. [No.] 12, I was over the bunker left like 10 yards, so just iron distances weren't working. But whole new day tomorrow and kind of glad I fought it out through even par and got myself three back, so that can change really quickly tomorrow.”

Neither Morikawa nor Hovland should expect any help from Thomas.

Even on an increasingly difficult course with gusting winds, Thomas was never in serious danger of recording his first bogey of the week. At 16 under, Thomas’ play through three rounds has been nothing short of perfect. He'll try to stay bogey-free through 72 holes tomorrow morning, after officials pushed up tee times for the final round in an attempt to avoid an approaching storm.

More accurately, he'll just try to do whatever it takes.

“I’d rather win the tournament then go bogey-free,” Thomas said.

He’d probably also like to avoid being dubbed an elder statesman at 27 years young, but that comes with the territory when you’ve accomplished as much as he has in such a short period of time. The notion, at least on Sunday, will also be fueled by his proximity to Hovland and Morikawa, who along with Matthew Wolff are the fresh faces of the next generation.

To put JT’s experience in context, when he won his first Tour event in the fall of 2016, Morikawa was a freshman at Cal and Hovland was still in high school in Norway.

It’s the nature of a modern game that has become proficient at churning out young stars, and if anyone can understand that, it’s Thomas.