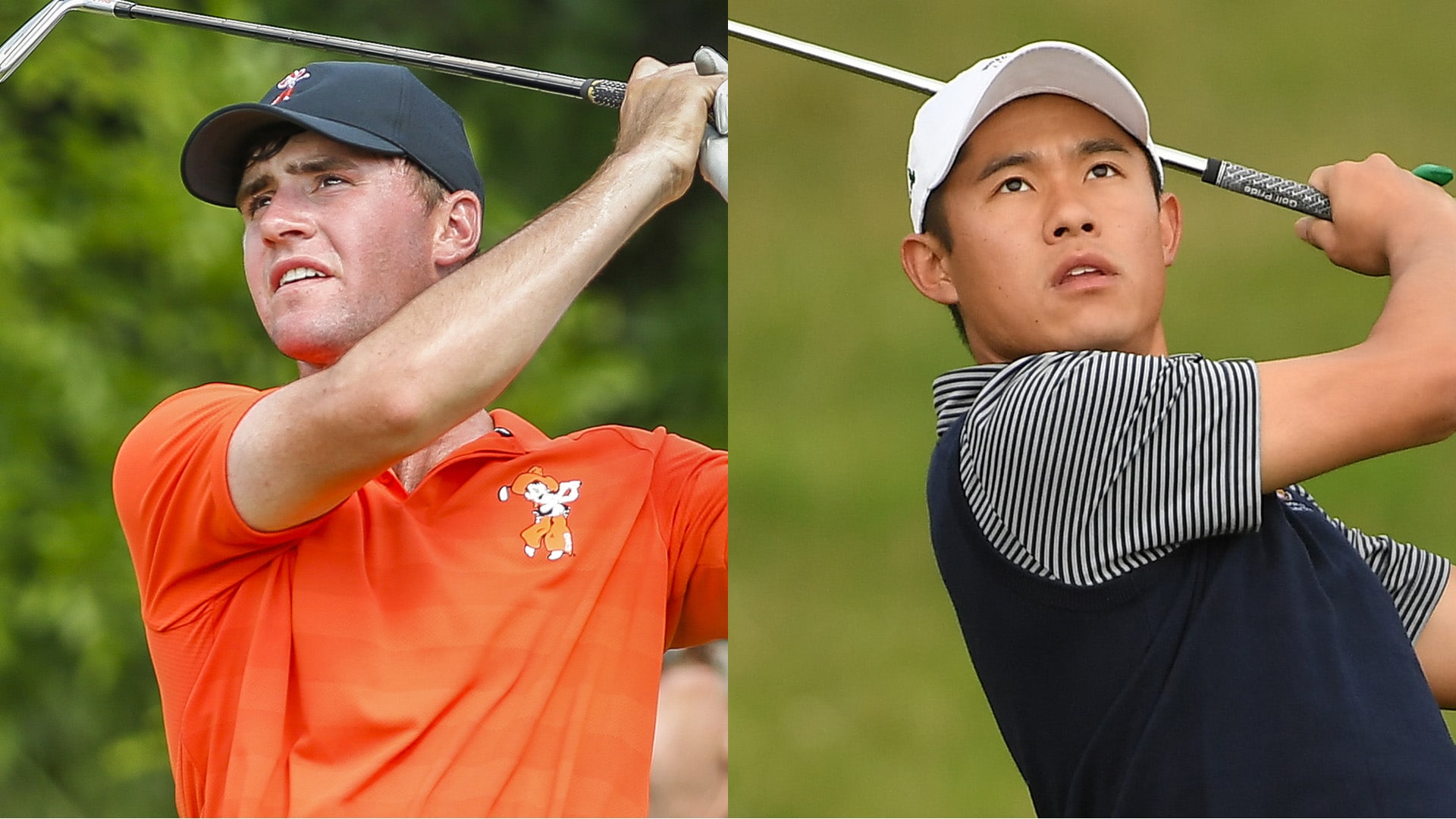 FAYETTEVILLE, Ark. – Oklahoma State is accustomed to being the bar.

That explains why the top-ranked Cowboys, the reigning NCAA champions, were feeling confident despite combining to make just eight birdies on their opening nine Friday at Blessings Golf Club. They rallied on the front side, their second nine, to shoot 2-over 290 and take the first-round lead at the NCAA Championship.

Eckroat led the way with a 3-under 69 that included just one bogey, but no other Oklahoma State player broke par in difficult scoring conditions, including Haskins Award frontrunners Matthew Wolff (73) and Viktor Hovland (75).

“You just have to keep on plugging away because you don’t know how hard the course is until the scores are all in,” Wolff said. “It is kind of weird to be leading considering, other than Eckroat, it wasn’t like we all played anything special.”

Wolff birdied his second hole of the day, the par-4 11th, before hitting 5-iron off the tee and finding the junk at the par-4 12th. He made double bogey and followed with bogeys at Nos. 13, 16 and 18.

“I put it in pretty much every place you didn’t want to be,” Wolff sad.

But Wolff stayed positive and clawed back on the front side. He nearly birdied the first hole before two-putting from 40 feet at the par-5 second. He sunk an 18-footer for birdie at the par-4 fourth and drained another 15-footer after leaving his drive at the 359-yard par-4 sixth just 30 yards short of the green. He nearly chipped in on the next hole and followed with a 20-foot birdie make at the par-3 eighth.

Eckroat’s day was much more stress-free. Just four days after qualifying for the U.S. Open, the Edmond, Okla. native hit 16 greens and gave himself plenty of birdie looks, making four of them. His only bogey came on a three-putt at the par-3 13th.

“I wasn’t in a whole lot of positions to make bogeys today,” Eckroat said.

Oklahoma State is a shot clear of Stanford, which was paced by senior Isaiah Salinda’s 70. Auburn, which advanced to the NCAA semifinals a year ago, is tied with Cal for third at 4 over.

That bar Oklahoma State talks about? Cal senior Collin Morikawa is familiar with it, as well. The Haskins Award contender carded nine birdies, including four straight at Nos. 14-17 to shoot 5-under 67. He leads Eckroat, Utah’s Kyler Dunkle and Arizona State’s Kevin Yu by two shots.

“I heard a lot about this course. I heard that it was tough, challenging, and you know, I’m always up for the test and when I came out here it really fit my eye,” Morikawa said. “I had a great practice round, loved some lines except for a couple of holes. It really plays to my strengths.”

Morikawa struck it well and had the putter going, but he did struggle around the greens. He failed to get up and down on all four of his bogey holes. But overall, he was pleased with the way he shrugged off dropped shots, including three straight starting at No. 11.

“You make one mistake out there it can pile on top of another,” Morikawa said. “That’s the goal this week is to minimize those mistakes and when you have to, take bogey.”

“Blessings is like Karsten in that it’s very hard and it can mentally and physically wear you down,” Wolff said. “At the end of the day, the team that is the toughest and doesn’t let things get to them is going to be the one that comes out on top.”

Through one round, that’s exactly where Oklahoma State and Morikawa are. The bar has been set. 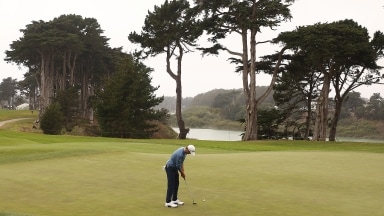 Collin Morikawa already has one win since the Tour resumed play and a no fans on Sunday at Harding Park could help lead to his first major title. 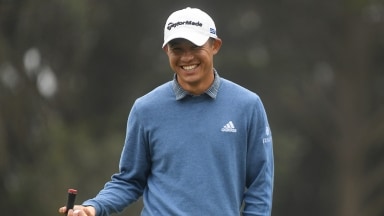 U.S. Ryder Cup captain Steve Stricker played a practice round with one of his potential young players on Monday: Collin Morikawa. 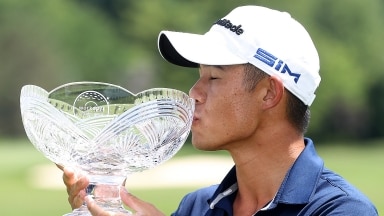 Tour winners in the COVID-19 era are encountering a unique dilemma: How to celebrate in the age of social distancing?