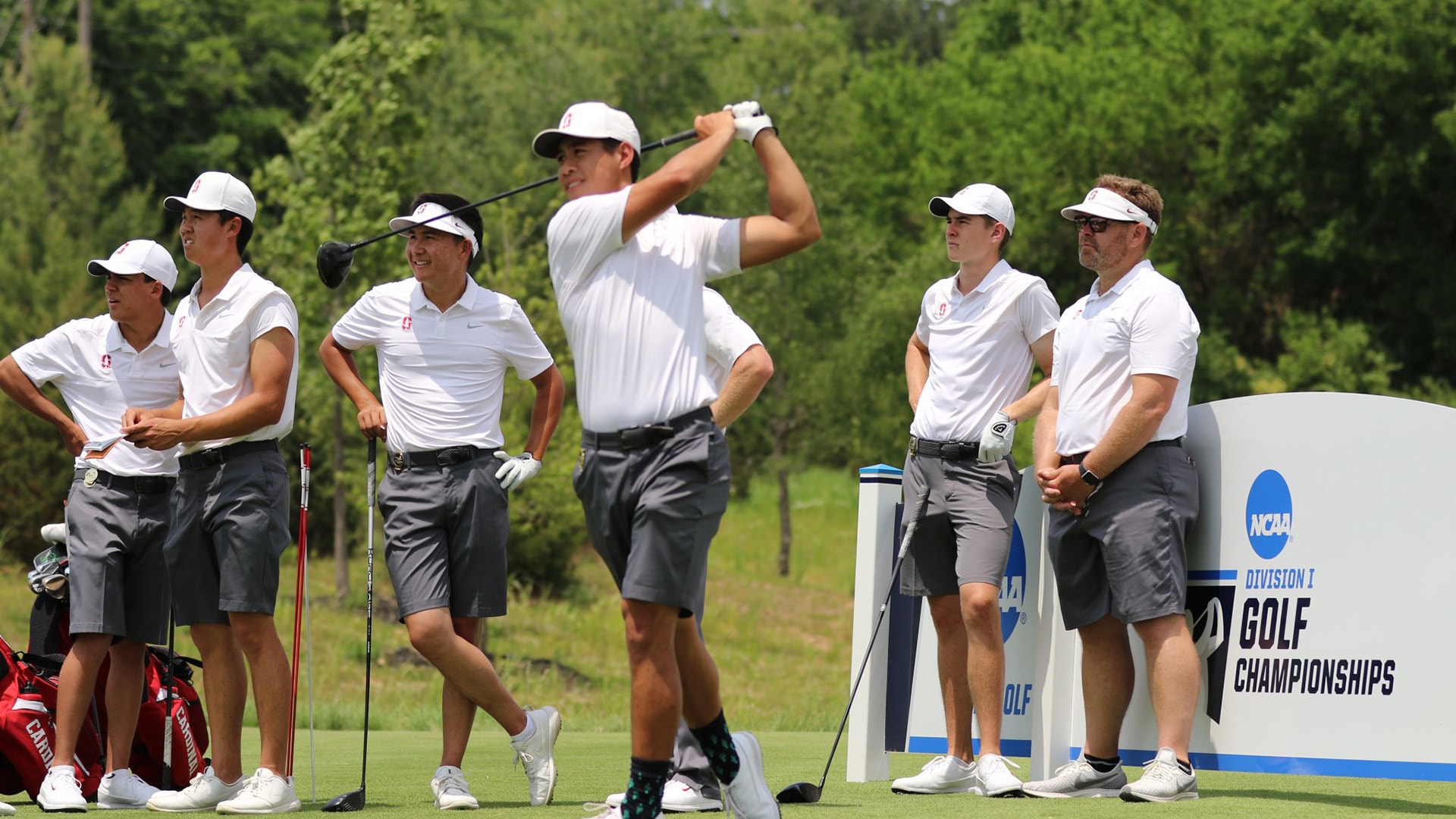 FAYETTEVILLE, Ark. – Oklahoma State flexed its muscles in Saturday’s second round of the NCAA Championship, shooting 12-under 276 to open up a 12-shot lead on the field at Blessings Golf Club.

Sophomore Matthew Wolff fired a 6-under 66 to tie the course record. Fellow sophomore Austin Eckroat leads at 6 under after back-to-back 69s. Hogan Award winner Viktor Hovland got back on track with a second-round 70.

“That was a hell of a round that Oklahoma State turned in today,” said Stanford head coach Conrad Ray, whose team sits in second at 2 over. “Impressive stuff, but you know, it’s a long four days…”

It doesn’t take a Stanford degree to know that this championship is anything but over. Two more rounds of stroke play remain before the top eight teams on the leaderboard move on to match play, which begins Tuesday and where volatility is the norm.

It’s been a while since the Cardinal have been a part of that match-play fray. Stanford last won an NCAA team title in 2007, two years before match play was implemented at nationals. Since then, the Cardinal have qualified for match play just twice, lastly in 2014, when they earned the top seed before losing in the semifinals.

In the past four NCAA Championships, the Cardinal have struggled in stroke play. They placed 21st in 2015, followed by finishes of 28th, 20th and T-16.

“That was definitely a bitter experience,” said Stanford senior Brandon Wu, who is making his fourth start at NCAAs this week, “but obviously we’ve learned from that.”

But this year’s team, ranked 11th in Golfstat and currently on a four-tournament winning streak, might be the most balanced Ray has had since that 2007 squad. Wu and fellow senior Isaiah Salinda are ranked 11th and 25th, respectively, but junior David Snyder is 33rd, freshman Daulet Tuleubayev tied for seventh at Pac-12s and junior Henry Shimp is seventh through two rounds at Blessings Golf Club.

“I’ve thought a lot about our ’07 team when we won,” Ray said. “That year we had a bunch of guys who all contributed, all All-Americans, but no one was super flashy.”

This year’s Stanford squad might not have five All-Americans, but it is the hardest-working team Ray has coached, he said. The day after finishing ninth at their fall finale, the Golf Club of Georgia Collegiate, the Cardinal were back home at practice. Ray also added a workout to the team’s weekly routine this year.

“You just hope that you can make the putts when you need to and all that preparation pays off,” Ray said.

Thirty-six more holes stand between Stanford and a potential match-play berth. This team has embraced an underdog label all season, and while the top-ranked Cowboys continue to run away with the stroke-play lead, the Cardinal – and the other teams in contention for the top 8 – know they just need to get to Tuesday.

“Oklahoma State, it’s the big elephant in the room, you know, they’re great, but I kind of like the position we’re at,” Ray said. “No one is really talking about Stanford golf, which I think our guys take personally. We haven’t really been picked that much or talked about and that’s fine, too.

“I think we can go surprise some people.”