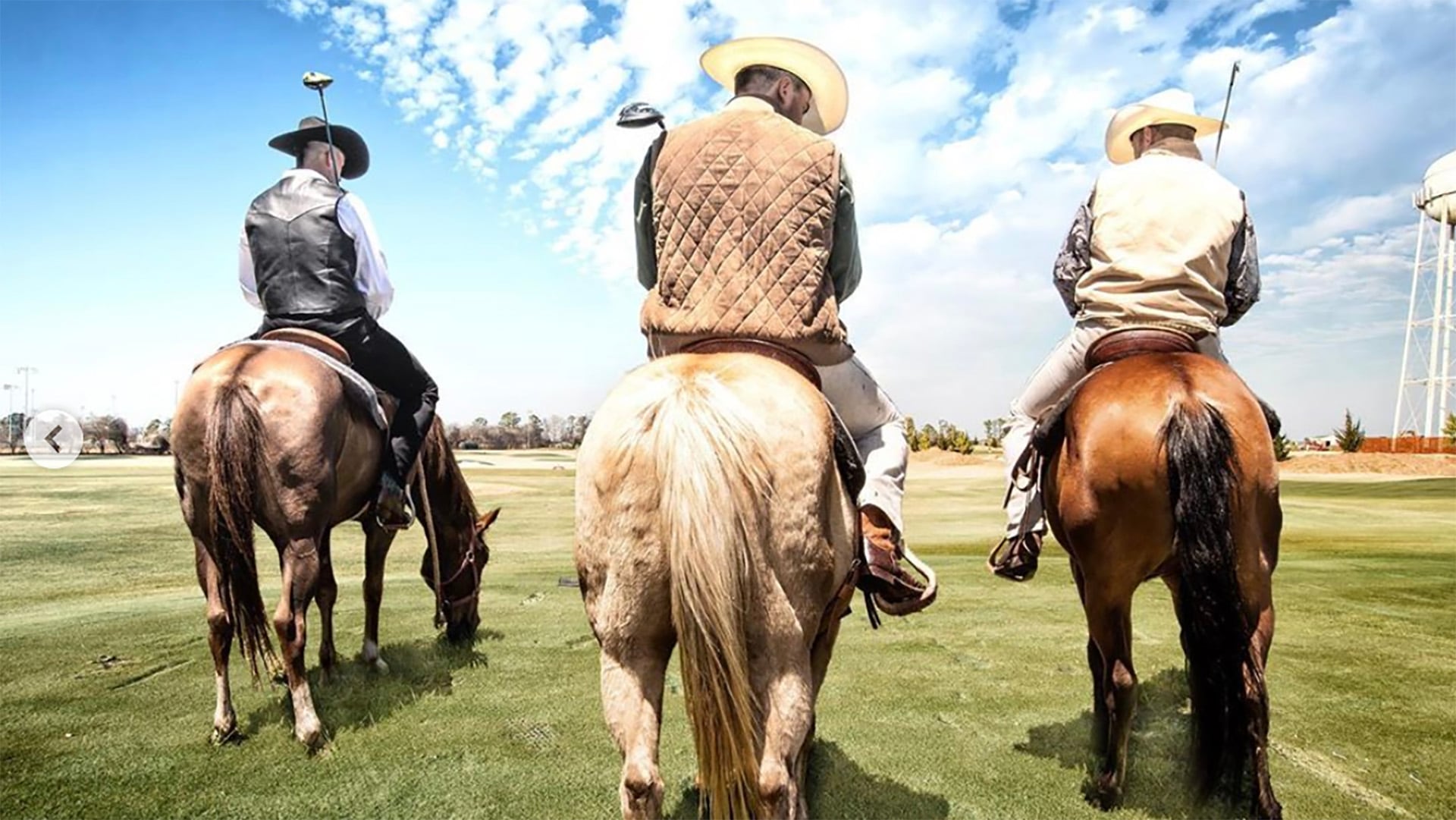 FAYETTEVILLE, Ark. – Back in January, Oklahoma head coach Ryan Hybl posted a photo on Instagram of he and his family horseback riding. Junior Quade Cummins saw the post and immediately pressed his coach for a similar photoshoot for the team’s captains.

“I told him that if they got through regionals, then I’d set it up,” Hybl said.

Well, the Sooners did, finishing third at the NCAA Pullman Regional to punch a ticket to this week’s NCAA Championship at Blessings Golf Club. Hybl kept his word.

On Monday night, he messaged Cummins and seniors Brad Dalke and Blaine Hale in their captain’s GroupMe thread: “Be ready at 2 p.m. tomorrow.”

Cummins, Dalke and Hale – affectionately known as the “Burly Boys” – gathered up what western attire they had, borrowed the rest from Hybl, put on their boots and met Tuesday at the team’s practice facility, where a photographer and three beautiful horses were waiting for them.

“We pieced it together,” Hale said. “Then we saddled up and took some pics.”

Hale and Cummins had limited experience riding horses. Dalke had none.

“I was a little scared honestly,” Dalke said. “Almost got bucked off.”

Last ride for the Burly Boys...time to finish it off in style @ou_mgolf

The photos hit social media on Wednesday, and naturally the boys got some flak. There also was some chatter during Thursday’s practice round. It didn’t bother them.

“We don’t care,” Dalke said. “We’re a close group of guys. We couldn’t care less what other people think about us. We have fun and we do things our own way and have fun doing it.”

Added Hale: “There is no doubt that we are who we are, and we don’t care who sees it. People keep saying Brokeback Mountain and all that stuff, but we’re going to look at those pictures later on down the road and we’re going to laugh about them.”

Saddlin’ up one last time with the squad

Oklahoma is looking for its second national title in three years this week, and all three Burly Boys played key roles on that 2017 national-championship team.

For Dalke and Hale, they’re looking to become the first players in NCAA history to make match play all four years.

One last ride for the Burly Boys starts ... now.