One question remains: Who will be the hero? 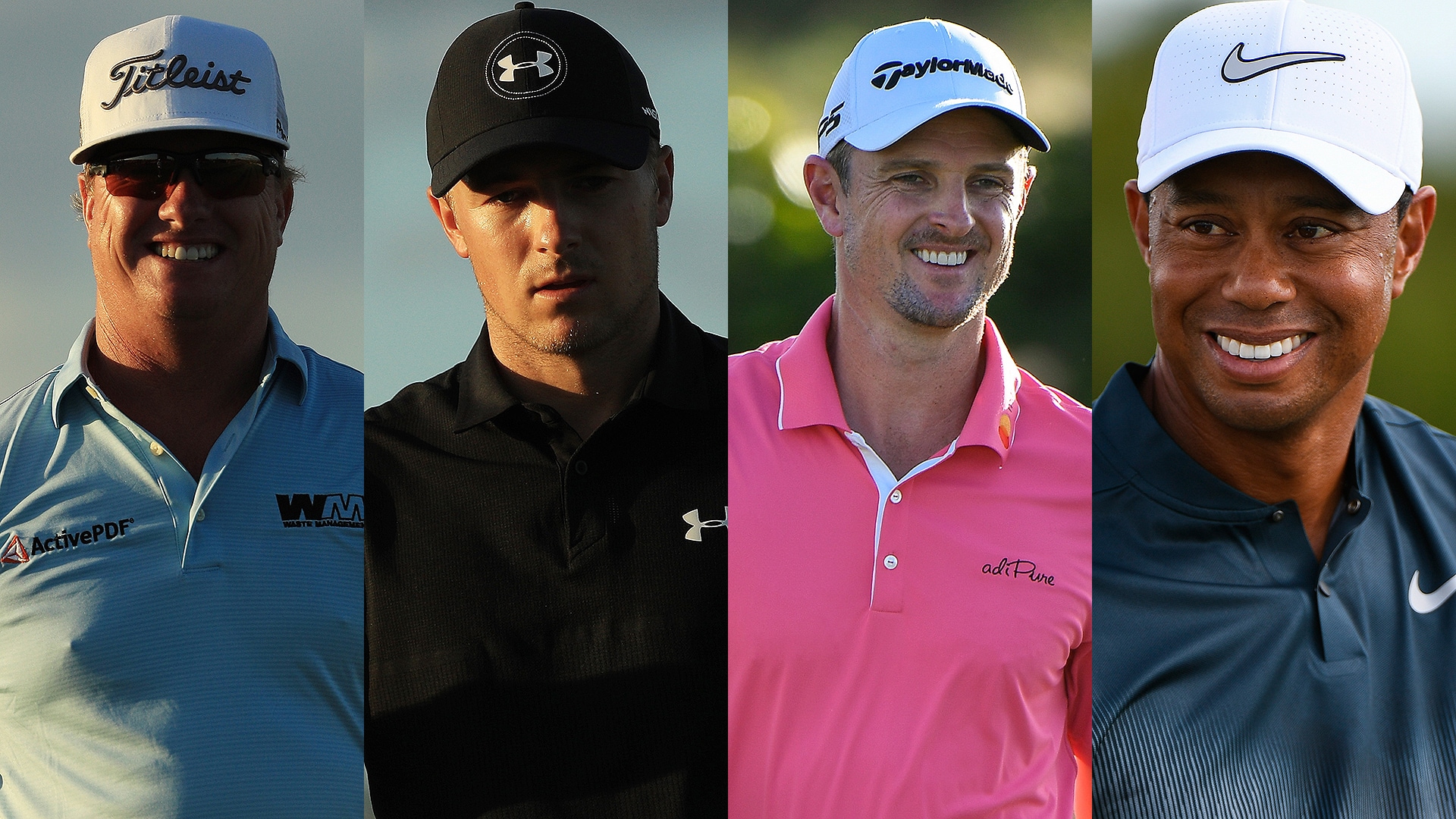 NASSAU, Bahamas – A tournament that began with so many lingering questions inched closer to some certainty on Saturday. We learned on Day 3 that Charley Hoffman may be the most underrated PGA Tour player.

Hoffman extended his lead at the Hero World Challenge with a 2-under 70 against a world-class field that includes Jordan Spieth, who has embraced this particular “challenge season” event like a faux major, and Justin Rose.

Hoffman is good. Like win-a-major-soon good, but then that really wasn’t the question on everyone’s mind this week.

That other unknown, the one that has dominated conversations from social media to water coolers for weeks, has been revealed.

Know this, Tiger Woods has rounded 54 holes at Albany in fine form. He’s driven the ball well, had bouts of solid putting and, most importantly, showed no signs of injury or pain in his first competitive start since having fusion surgery on his lower back in April.

All things considered, those who study such things should be encouraged by Woods’ play, if not his general state of health. But as a blustery day unfolded the old comments and concerns surfaced.

When Woods bogeyed the first hole the crowd went silent. When he added three more missteps at Nos. 3, 6 and 7 the echoes of encouragement were overtaken by fimiliar concerns.

On Friday, Woods electrified the golf world with an opening nine of 31. On Saturday, he rounded the outward loop in something closer to 41 (40 actually).

In less time than it takes for Hideki Matsuyama to complete his backswing, Woods’ title hopes were all but blown into the Caribbean sky.

Woods would rally with birdies at Nos. 14 and 17, the former drawing a frustrated smile, to salvage what could have been a really bad day at the office. For his part, Woods remained upbeat.

“There were a lot of questions that I had, I'm sure you guys have had, and I feel like I've come out on a good side this week,” said Woods, who shot a 75 to drop into a tie for 10th place, 10 strokes off the pace. “I knew how I was playing at home, I knew how I was hitting shots, I knew what was going on.”

Woods has taken a half-full approach to this most recent comeback, which would at least partially explain his lack of frustration. Let the instant analysis drone away, the truth seems to be that Woods had only one real question this week – whether his surgically repaired back could withstand four days of competitive golf.

He just won’t be fighting for a title on Sunday at Albany. That stage will be held by Hoffman, who enjoyed his most consistent season on Tour in 2017 including a pair of runner-up showings at the Arnold Palmer Invitational and RBC Canadian Open and qualified for his first Presidents Cup team.

Despite the week’s toughest conditions, Hoffman did what he’s done all season and grinded along. Not even a double bogey-6 at the 10th hole could make this a closer race heading into the final turn, with Hoffman making birdie on three of his final five holes for a 14-under total.

“I wouldn't say I didn't struggle. There was a struggle for an extended period of time,” Hoffman said. “I was able to sort of scrape it around, which means a lot to me on a day that I didn’t drive it well and still shot a couple under par.”

The veteran won’t have to worry about Woods coming after him in the final round, but he will still have plenty to keep his attention with Rose, one of the hottest players in golf the last few weeks, and Spieth, whose record at this event is a study in consistency.

Spieth, who hasn’t finished outside the top 10 at the Hero World Challenge in his last three starts and won the event in 2015, had an equally tough day with three birdies and three bogeys, but he remains poised in second place at 9 under.

Rose’s round was just as adventurous after a fast start but the Englishman is still poised to finish in the top 10 for his ninth consecutive start, a run that includes victories at the WGC-HSBC Champions and Turkish Airlines Open.

“This is how I should be playing golf, just a bit of determination, motivation,” said Rose, whose 71 left him tied with Spieth at 9 under.

Both promise to challenge Hoffman regardless of how far back they are, and the front-runner will have to conjure an answer. As for that other question involving one 14-time major champion, well, that’s already been answered.