One year after 59, Thomas a more confident champion 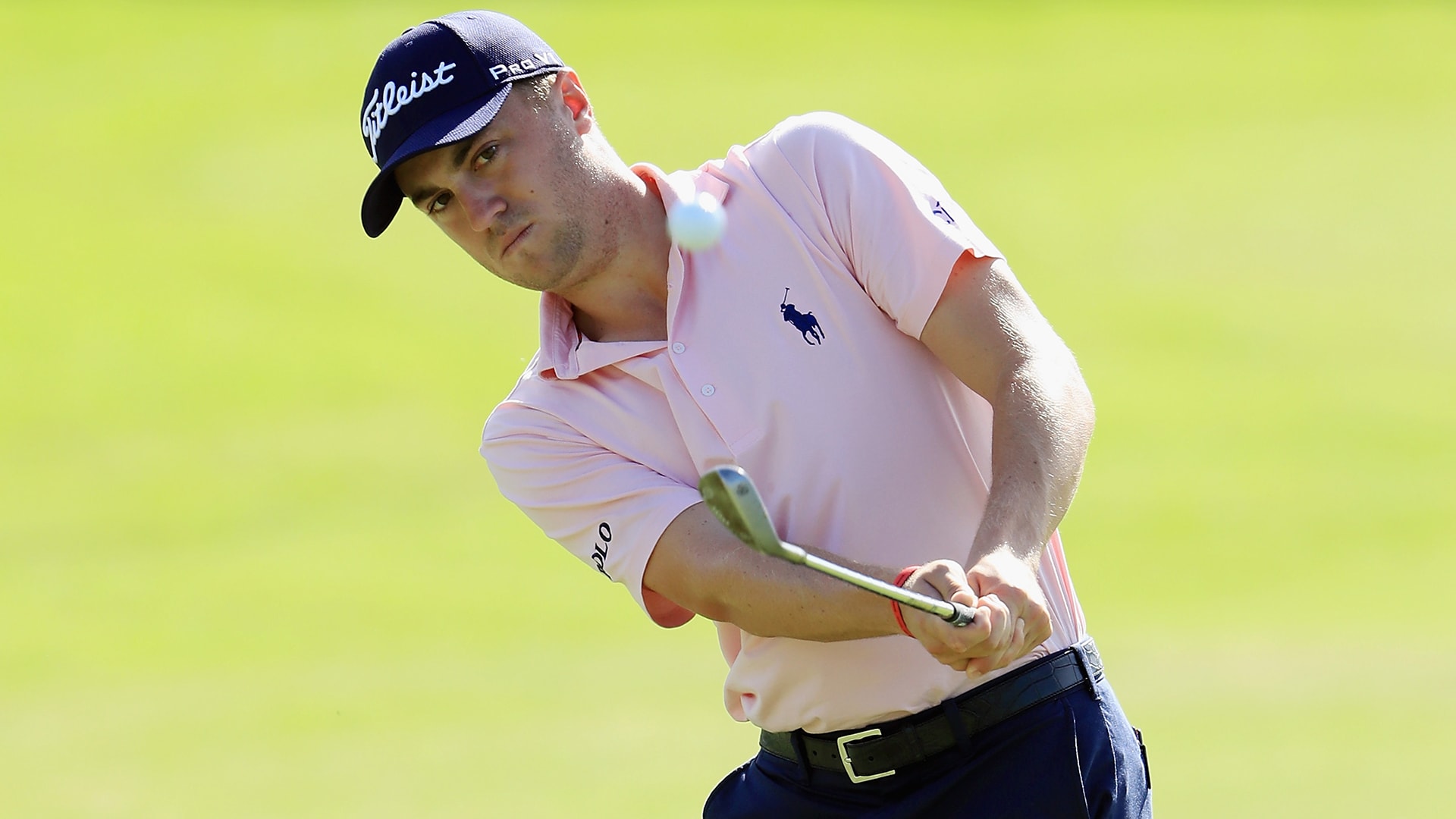 HONOLULU – In some sports, it’s called "the zone," that mode where the mind lets go and the artist takes over.

At last year’s Sony Open, Justin Thomas spent four days fearlessly rewriting the record books on his way to a commanding victory that completed the Aloha Slam following his triumph at the year’s first event in Maui.

Thomas’ statistical line from the ’17 Sony Open is filthy. He became the eighth player to shoot a sub-60 round on the PGA Tour on Day 1, then set 36- and 72-hole Tour scoring records (he only tied the circuit’s 54-hole record). He went wire-to-wire and won by seven strokes.

It was effortless, flawless and, yes, maybe even a little mindless, particularly for a player who freely admits that there are weeks on Tour when his mind is consumed by all the things sports psychologists say are performance killers.

Weeks like last week at the Sentry Tournament of Champions, where Thomas finished 22nd out of 34 players.

“When I was in 30th place last week, I wasn't exactly feeling great. I'm being perfectly honest. It's such a weird game. I was embarrassed,” he admitted on Wednesday at Waialae Country Club. “I was just in a very emotional state last week, and there's weeks that I'm like that, and there's weeks that I'm not. Obviously, I want to get rid of it, but just every little thing really just pissed me off.”

Thomas would never be considered stoic, and he is one of the circuit’s most out-going players on social media; it stands to reason that there is a correlation between his play and the natural ebb and flow of his emotions.

Last year’s opening round in Honolulu is perhaps the most obvious example.

Thomas began his day with an eagle at the par-4 10th hole and made the turn at 6 under par. He added birdies at Nos. 1 and 2 and arrived at the par-5 ninth, his last hole of the day, needing an eagle to shoot 59.

From 14 feet, Thomas calmly rolled in the eagle attempt and then froze.

By comparison, Jordan Spieth, who was paired with Thomas for that historic round, began jumping around the green and high-fiving everyone in the group, which included Daniel Berger.

“I might have fist pumped harder than he did,” Spieth said. “I think he was kind of in the zone. I don't think he knew where he was at the time.”

To the point, it’s telling that Thomas’ recollections of that round are largely generalized, with his highlights limited to his eagle putt at the ninth and the celebration that followed. Spieth, who shot 65 that day, can offer a slightly more detailed analysis.

“The most surprising thing was that I was like a stroke and a half or something better tee to green than he was that round, and I got beat by like seven shots,” Spieth laughed.

For the record, Spieth’s proximity to the hole for the first round at Waialae last year was 18 feet, 4 inches, compared to Thomas’ 25 feet, 7 inches.

But that’s left-brain stuff, and that’s not Thomas. When he’s playing his best, like he did for the vast majority of last season, Thomas is more artist than alchemist.

In many ways, his learning about what produces his best golf was a big part of his breakthrough in 2017, when he won his first major at the PGA Championship and collected both the Player of the Year Award and FedExCup.

Thomas can be intense, and after watching players like Spieth, his contemporary growing up, enjoy early success at the highest level, Thomas had a tendency to press the issue. Last season, however, he emerged a more patient player.

“I know that I don't have to go out and play this perfect round,” he said. “I know that if I go shoot 1 under the first round at this tournament, that I still have a chance to win. I know that I'm not going to win every tournament.”

Thomas is hardly unique on this front. Most young players not named Spieth go through a learning process, but few emerge with as much momentum as JT did last year following his Hawaiian sweep.

It’s not a stretch to consider Thomas’ Sony Open victory a pivotal point in his development into a quieter and more confident champion.

“It was a new way of winning for me,” he said. “It was playing with that big of a lead, just having the opportunity to break records like this. It really was just kind of a week of almost being unconscious.”

Some would call that the zone.