Let's face it, Tiger is going to be a Ryder Cup pick 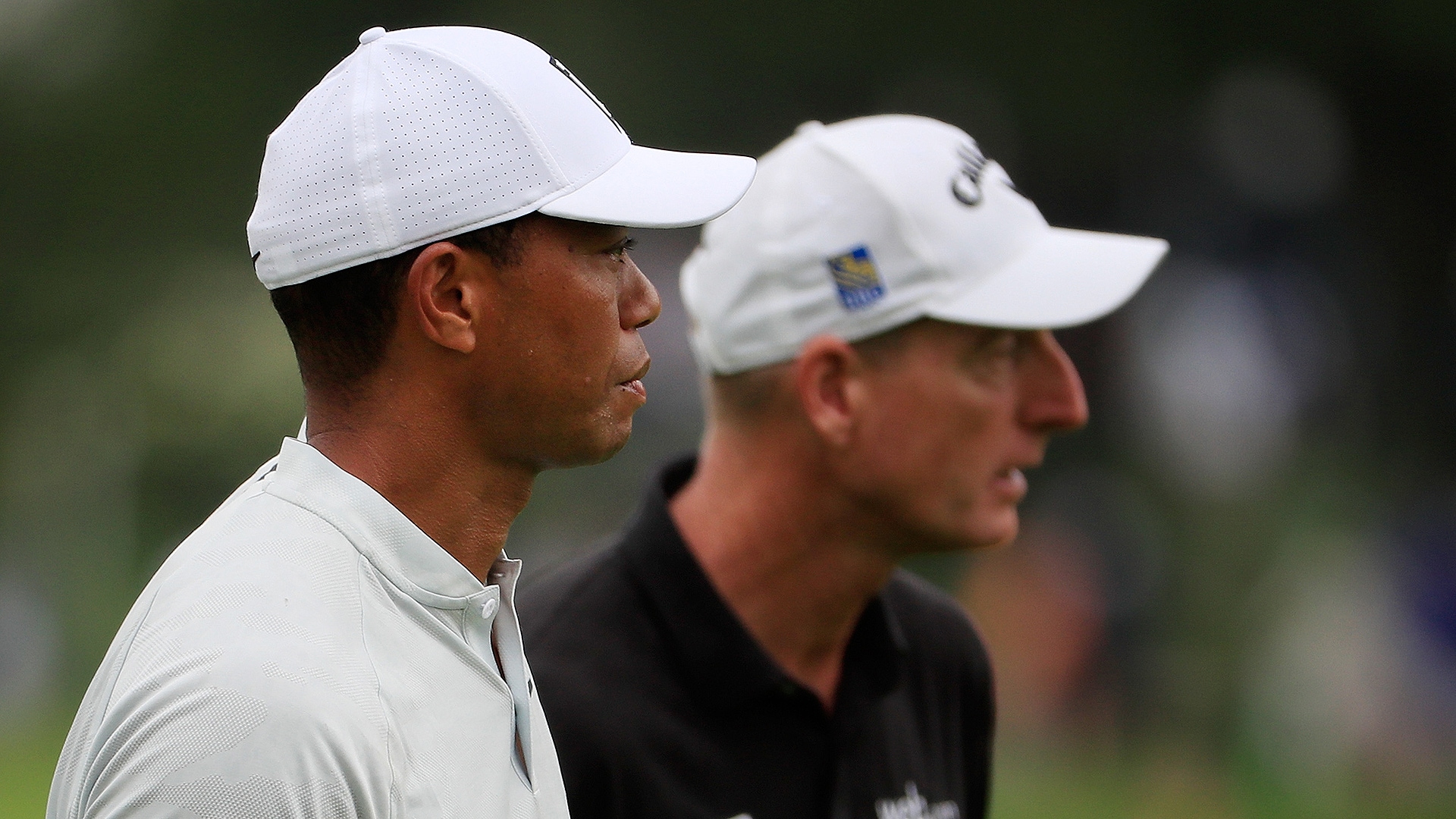 ST. LOUIS – The new Tiger Woods is engaging, expressive ... approachable, even, at least compared to the way he was throughout the lion’s share of his career; but he still has his limits.

On Tuesday at Bellerive, that line was drawn clearly in the Ryder Cup sand.

Tiger’s answer when asked if he should be on this U.S. team was downright clipped. “I’m trending,” he smiled.

It could be the result of a competitive filter that has never allowed him to look beyond the next shot – winning, qualifying for a Ryder Cup, whatever the objective it’s never more than a byproduct of solid play. More likely, however, it’s because he finds himself in the awkward role of both vice captain and potential player.

One can only imagine the conversation on Tuesday as Woods set out for a practice round with Captain America, Jim Furyk, along with Bryson DeChambeau and Kevin Na, who have their own Ryder Cup tales to tell.

The entire episode promises to be social media gold – will he, won’t he be a captain’s pick for this year’s matches?

It will be good fun to debate the merits of Woods being a potential pick, but these are two vastly different questions.

Should Tiger be a pick?

Perhaps. His limited body of work this season suggests he should certainly be in the conversation.

Only 31 players in the world have earned more world ranking points than Woods this year and no one has lost fewer points, which essentially means he’s been on an unrelenting trajectory. He’s 51st in the world ranking, that’s up from 668th to begin the year; and he’s currently 20th on the points list, up from 106th as recently as February.

He’s contended at The Open, Arnold Palmer Invitational and Valspar Championship, and proven that he’s much closer to his 80th PGA Tour victory than he is retirement.

There will be arguments that Furyk should not burn one of his four captain’s pick on Tiger. There will be those who contend he’s still missing a part of what made him arguably the greatest player to ever pick up a 6-iron and that there are players higher on the list that are more deserving. But that’s not the question that really matters.

Will Tiger be a pick?

That’s the more relevant question and the answer is a resounding yes. Furyk hasn’t said as much, but then he never would. It was no great surprise that what little golf Woods got in on Tuesday was alongside Furyk. Although the American captain still has a few weeks before he will make the first three of his four picks, Tiger’s place in the American team room beyond his vice captain duties has been a fait accompli for months.

“I go back to looking the way I looked at it. If I was a captain, I'm looking to make pairings, and everybody on the team wants to play with Phil Mickelson or Tiger Woods or some veteran player that's done it a lot,” explained two-time U.S. captain Davis Love III, who is also one of Furyk’s vice captains this year. “I think he's an easy pick from that regard, and the way he's been playing, if I was on the other side, I wouldn't want him picked, so that's another good reason.”

Woods, who was a pick in 2010 at Celtic Manor and went 3-1-0, can still qualify for this year’s matches with a victory at the PGA Championship, which would vault him to about fourth or fifth on the points list when the automatic qualifiers are locked in on Sunday.

But even if that walk-off doesn’t happen, Furyk should simply end the speculation and name Tiger a pick on Monday morning. If that offends those with a keen sense of timing, consider that even Thomas Bjorn, the European captain, had a hard time on Tuesday at Bellerive avoiding the obvious.

“The only thing I would say is that if Tiger was included in the U.S. team for the Ryder Cup, it would be great for the game of golf because that's what he brings to the game, he just brings something special,” Bjorn said. “The buzz that was around The Open Championship, the buzz that was around last week, with him being there and playing well, that just brings something extra to the game of golf. And that would be great for the Ryder Cup as well.”

In fact, Love said the only drawback to picking Tiger would be having to keep him out of certain conversations in the team room, where he has excelled in recent years as a leader and strategist.

“We would have to kick him out of some meetings, probably,” Love said. “With the ’16, ’17 teams he was so instrumental in helping us with pairings and ideas and game plan, but if you're talking about him, you need him out of the room for picks or for making pairings. So it would be a little bit awkward. That would be the only negative.”

And if we’re being honest, that’s just not enough of a concern to leave him off the team, regardless of his play over the next few weeks.

As for Tiger, he’s opted to remain aloof on the issue, going with an economy of words when asked to make his case to be a pick.

“I like my chances in match play,” he smiled.

The new Tiger has offered a glimpse into his world the last few months that’s never been available, but when it comes to this year’s matches he’s content to let his play and his resume do the talking.