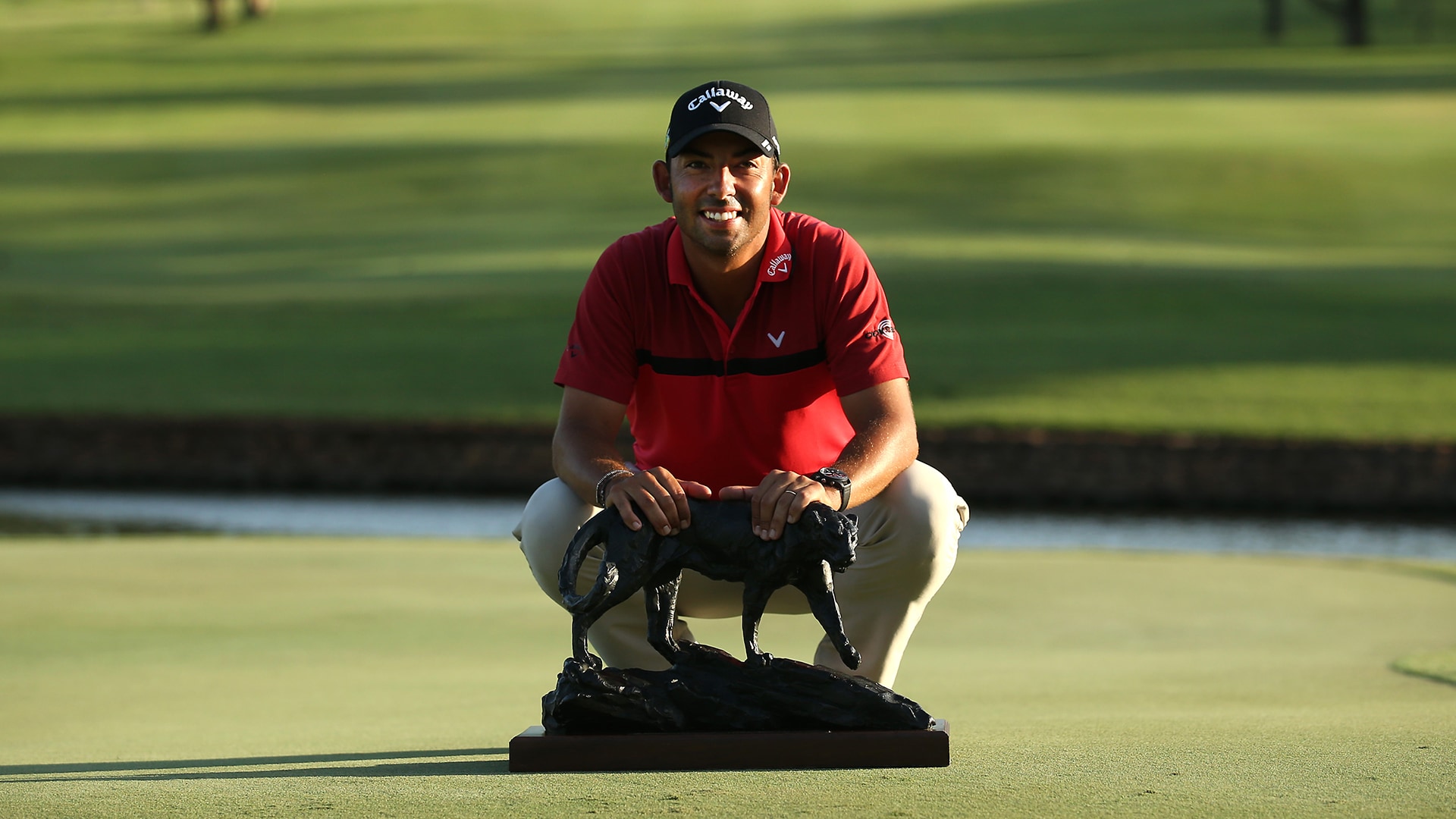 Larrazábal birdied the par-5 No. 18 as the Spaniard finished 8 under overall and just ahead of Sweden’s Joel Sjöholm.

Larrazábal said he struggled with blisters on his feet throughout the final round, when he fell three shots behind at one point. He made a litany of errors and closed with a 75 after six bogeys and a double bogey, but his rousing finale still enabled him to clinch a fifth European Tour title and first in four years.

“I woke up this morning and I didn’t think I was going to play,” said Larrazábal. “I couldn’t put my shoe on, I couldn’t walk to the buggy. I really struggled on the back nine. I have a big blister on my right toe and I said to myself ‘If Tiger can win a U.S. Open with a broken leg…’ and I just fought hard.”

The 36-year-old's victory at Leopard Creek Country Club came at the event where he started his professional career 12 years ago.

Sjöholm’s final-round 69 almost saw him through to his first European Tour victory.

Charl Schwartzel (70) finished tied for third at 6 under on his return to tournament action for the first time in eight months because of a wrist injury. Branden Grace (73) and Wil Besseling (74) were also in that tie for third.

Besseling led or held a share of the lead through much of the final round but he made bogey on the last after his approach flew too far and landed among some rocks behind the green.

That opened the way for Larrazábal to win it on the last. He laid up with his second and then fired his third shot in close to tap in for birdie and the win.