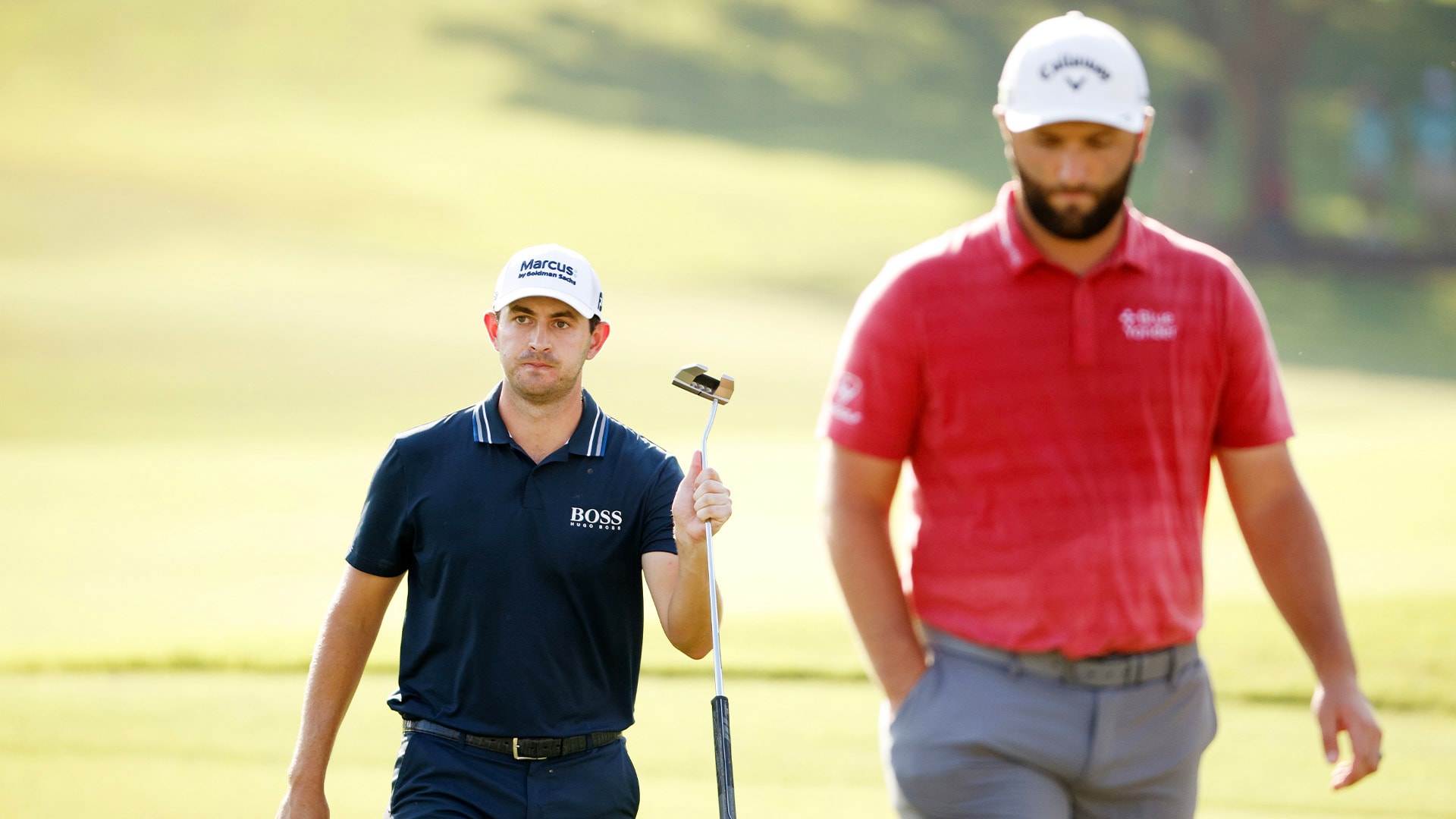 ATLANTA – Earlier in the week at the Tour Championship, Patrick Cantlay joined a growing list of players, including world No. 1 Jon Rahm and Rory McIlroy, who find the current scoring format at the finale contrived. On Sunday with a FedExCup trophy and $15 million bonus in tow Cantlay’s opinion hadn’t changed.

“I'm still not a fan of this format. I don't think it's a good format,” said Cantlay, who beat Jon Rahm by a shot in the strokes-based format. “I don't like the fact that somebody else shot the lowest score this week, and they would have won the Tour Championship in years past.”

Without the strokes-based format – which set the field based on the FedExCup points list with Cantlay, the points leader, starting at 10 under followed by No. 2 Tony Finau (8 under), No. 3 Bryson DeChambeau (7 under) all the way down to Nos. 26-30 at even-par – Rahm and Kevin Na would have finished tied at 14 under par followed by Xander Schauffele in third (12 under) and Cantlay tied for fourth at 11 under.

This is the second time since the Tour transitioned to strokes-based scoring in 2019 that the winner wasn’t the player with the lowest score for the week. Schauffele would have won the 2020 finale with a 15-under total but he started the week seven shots behind eventual champion and points leader Dustin Johnson.

The world ranking doesn’t follow the strokes-based format and will award Rahm and Na first-place points.

Rahm MC's but gets some extra Ryder Cup rest