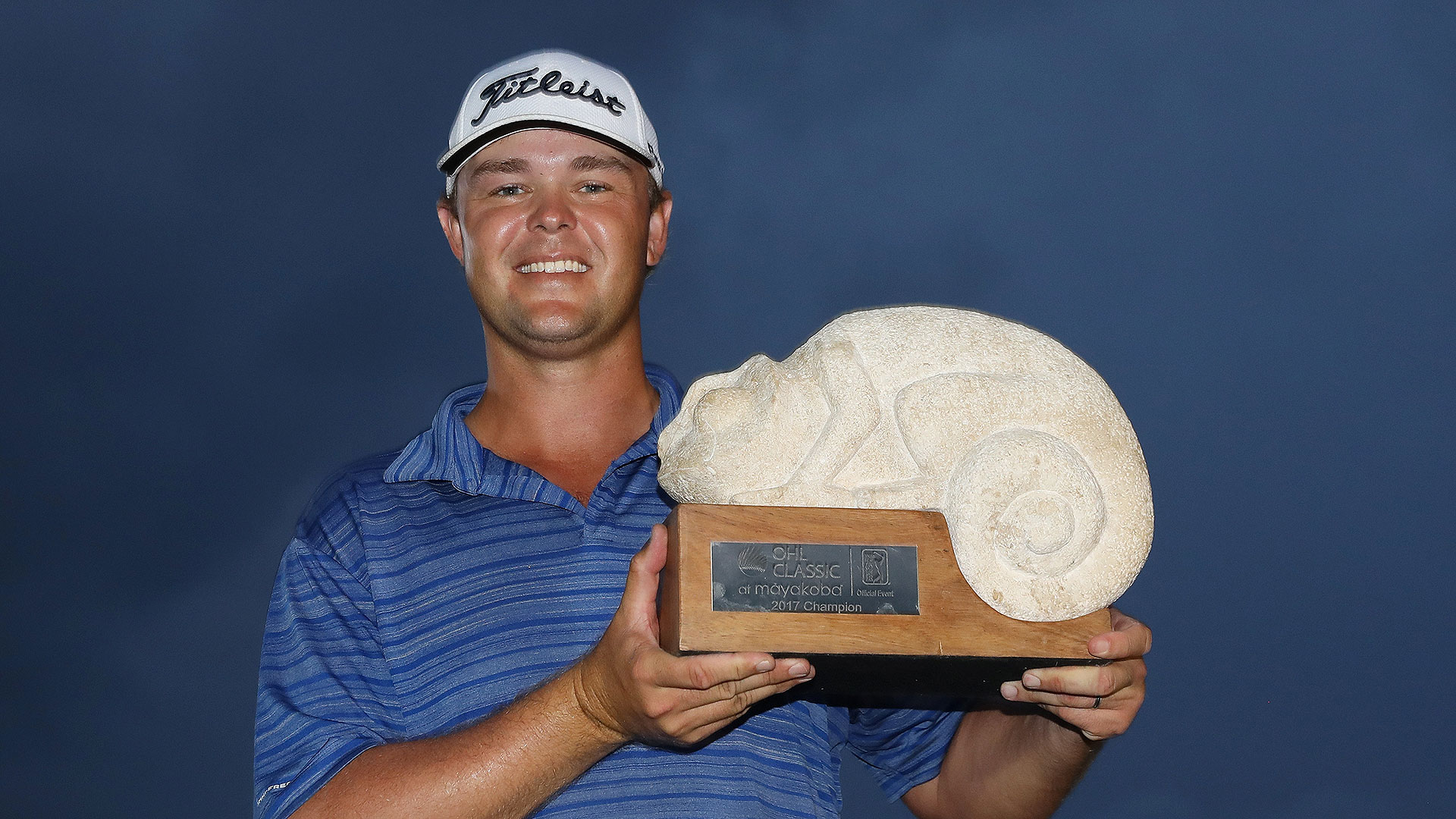 After a marathon finish to the OHL Classic at Mayakoba, Patton Kizzire is officially a winner on the PGA Tour. Here's how things ended in Mexico as Kizzire held off a hard-charging Rickie Fowler over 36 holes on the final day:

What it means: Kizzire started the day with a share of the lead, but he moved one shot in front after his third-round 66 in the morning edged Fowler's 67. With one of the game's biggest stars on his heels, Kizzire birdied three of his first five holes during the final round and led by three shots with three holes to play. Fowler birdied Nos. 16 and 17 to cut the lead to a shot, but Kizzire hung on to earn his first career PGA Tour victory and a spot in the 2018 Masters.

Round of the day: Kim recorded four straight rounds in the 60s on El Camaleon, including a closing 65 that came despite a double bogey on the 14th hole. Kim rolled in five straight birdies on Nos. 5-9 and made eight birdies on the day en route to a third-place finish that serves as his first worldwide top-10 result since his surprising victory at the Players Championship in May.

Best of the rest: Piller lost some ground with a third-round 71 in the morning but got back onto the leaderboard by matching Kim's 6-under 65. Piller authored a colorful scorecard, mixing an eagle and two bogeys with six birdies, to grab a share of fourth place. After spending last season on the Web.com Tour, Piller earned his best finish since a T-4 at the 2016 Valero Texas Open.

Biggest disappointment: Patrick Rodgers started the final day with a share of the lead, but he failed to keep pace with Kizzire and Fowler over the final two rounds. A 1-over 72 removed any realistic chances he had to earn his first career win, and his struggles continued during a final-round 70 that left him in a tie for 14th, nine shots behind Kizzire.

Shot of the day: Kizzire pulled his drive on the final hole, leading to an awkward stance on the edge of a bunker. But after adjusting his feet and choking up on an 8-iron, he found the green with his last approach to set up a title-clinching par.

What a golf shot.@pkizzire makes the most of an awkward stance on No. 18. #QuickHits pic.twitter.com/uG8CYtUwm1

Quote of the day: "It was pretty nerve-wracking, but I felt good. I've been in some pretty tough spots before, and I drew on those experiences. It means a lot." - Kizzire