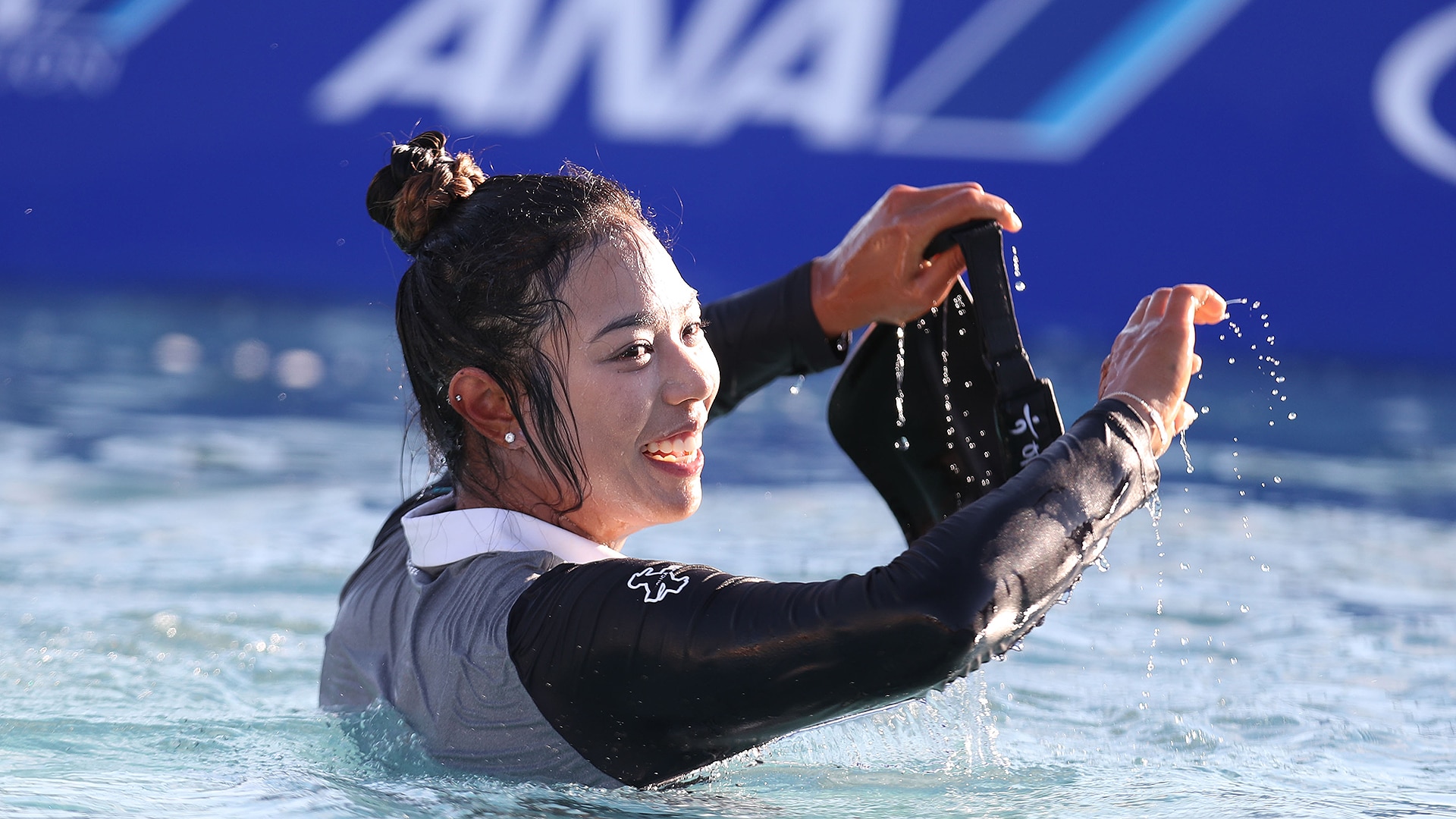 RANCHO MIRAGE, Calif. – Patty Tavatanakit had no idea Lydia Ko was tearing up the course three groups ahead Sunday in the final round of the ANA Inspiration.

“Didn’t look at the leaderboard at all today,” Tavatanakit said. “Just because — I saw her name up there, but I didn’t look at it — I wanted to play my own game, which I did, and did a really good job of that today.”

With a chip-in eagle on the par-5 second, two birdies and a lot of par saves, the long-hitting Thai player survived Ko’s charge without realizing how close it was until she finished and was preparing for the traditional victory leap into Poppie’s Pond.

Five strokes ahead entering the day and six in front after the eagle, Tavatanakit shot a 4-under 68 in 100-degree heat to beat Ko by two strokes in the first major championship of the year.

“It still hasn’t really sunk in yet the fact that I just turned 21 six months ago and now I’m a major champion in my rookie year,” Tavatanakit said. “Just crazy.”

Ko matched Lorena Ochoa’s 2006 tournament record with a 62, shooting 7-under 29 on the front nine for the best nine-hole score in event’s 50-year history. The New Zealander began the day tied for seventh at 6 under, eight strokes behind Tavatanakit in the tournament played without spectators for the second time in seven months.

“My game was really solid and I felt like I gave myself a good run at it, but maybe Patty was just a bit too far away,” Ko said. “I think it just shows it doesn’t matter how far back you are, you can always go for it.”

Winless since April 2018, the 23-year-old Ko played the first 11 holes in 9 under and added a birdie on the par-4 15th. On the par-5 18th, she drove into rough near the water that lines the left side, laid up and hit a wedge 30 feet long and right. Her birdie try missed to the left, stopping inches away.

“I don’t think it was like there was an exact moment where I felt like, ‘OK, this is going to be a good one,’” Ko said. “Especially around a course like this, you just have to focus until that last putt drops in the last hole.”

The low amateur in the 2019 event as a UCLA sophomore, Tavatanakit parred the last six holes in the bogey-free round.

“It’s a dream come true,” Tavatanakit said. “Every time I play here I remember exactly I was on this green receiving my low amateur award and I saw they were jumping and I took a Snapchat and the caption was, ’One day.′ It’s been crazy.”

Ranked 103rd in the world, Tavatanakit became the sixth straight international winner in the event, the first rookie champion since Juli Inkster in 1984 and the fourth straight first-time major winner. She won seven times in two seasons at UCLA and had three Symetra Tour victories in 2019.

“Coming into this year I didn’t really set any goals just because I knew how tough it was last year,” Tavatanakit said. “I just wanted to come out, to learn to be a better player.”

Ko has 15 LPGA Tour victories, winning at Mission Hills in 2016 for her second major victory.

“I’ve really just tried to have fun out there and I think that is such a big key for me,” Ko said. “When you’re enjoying it I think everything kind of follows.” 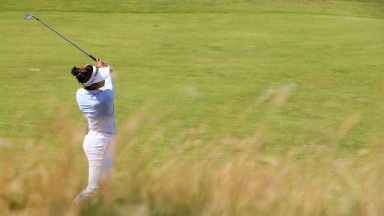 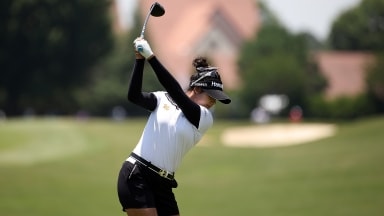 Backup driver for Patty, driven up from Orlando

After Patty Tavatanakit cracked her driver in Round 1, a member of her team drove up an older model from Orlando.