ORLANDO, Fla. – On Wednesday, PGA Tour commissioner Tim Finchem suggested that under certain circumstances he would be in favor of the bifurcation of the Rules of Golf, although he added he is “not so sure bifurcation is important in this particular case” when asked about the potential new rule that would ban anchoring.

On Thursday, however, PGA of America president Ted Bishop seemed to join a growing list of industry heavyweights who think it may be time to consider two sets of rules, one for professionals and another for amateurs.

“(Finchem’s comments) are pretty interesting and powerful words from somebody of his stature,” Bishop said.

“Maybe we are at a point where we need to consider what impact bifurcation would have and if that's an answer or a potential answer to this situation, so that we can avoid some sticky issues like we are currently involved in with banning a long putter and anchoring or even some of the issues that possibly come up in the future.”

In a recent survey of 4,228 club professionals, 63 percent had “serious concerns” about the potential ban. The 90-day comment period ends on Feb. 28 and the U.S. Golf Association and Royal & Ancient Golf Club are scheduled to take a final vote in early March.

Bishop said the PGA plans to take another survey of its members regarding the possible bifurcation of the rules; although, given the association’s earlier stance on the proposed ban, it seems likely the membership would also support two sets of rules.

“We have got 27,000 PGA members that are fighting a battle every day at all their facilities to try to grow the game,” Bishop said. “Quite candidly, we are at a point in the game where we can't afford to lose one player, one round of golf at our facilities, and anything that happens from a legislation standpoint to do that in our opinion is not good for the game.”

As for how the Tour might proceed, Finchem was predictably aloof on Wednesday when he spoke with the media at Torrey Pines, but four-time Policy Board member Davis Love III couldn’t imagine a scenario that would prompt the Tour to deviate from the mandates set by the USGA and R&A.

The bigger question for Finchem & Co. is probably the timing of the proposed ban. If approved, the ban on anchoring would begin in 2016, which would leave three years of scrutiny for Tour players using long and belly putters. That, as Finchem explained on Wednesday, is a distraction the circuit would rather avoid.

“I worry about it being the focus of conversation for a long period of time. You are going to talk about it. Is it against the rules? This guy is still doing it, when is he going to switch? Every time you turn on the TV (NBC Sports analyst) Johnny Miller is going to say, ‘He’s putting with a long putter; he’s going to have to change,’” Love said. “They are going to say they have been breaking the rules. If you are going to do it, do it.” 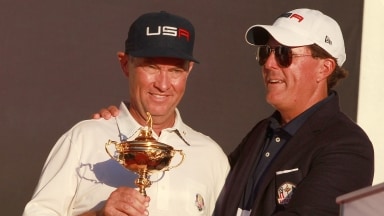 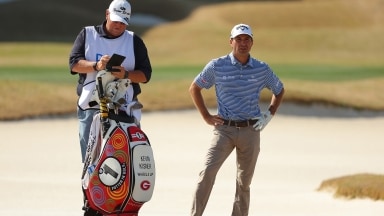 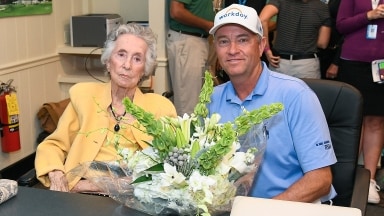