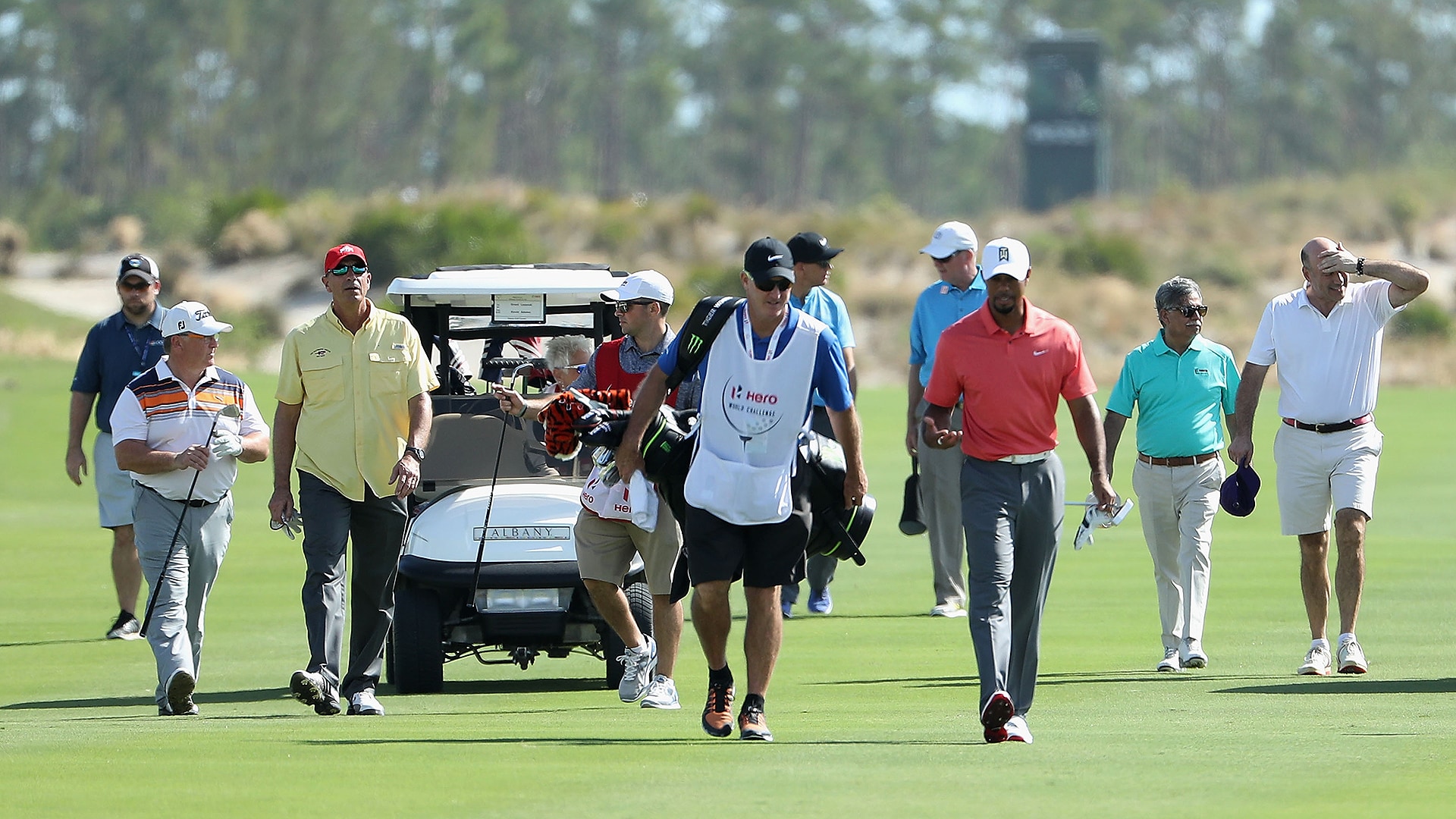 James Hahn paused midway through his pro-am round last week at the Farmers Insurance Open to take inventory.

“There were four amateurs, four caddies, two walking scorers, there was a wife and a daughter,” Hahn noticed. “We counted at one point there were 13 people in the fairway while we were playing and everyone is asking the same question over and over. It wears on you more mentally than physically.”

Make no mistake, Hahn and the vast majority of PGA Tour players understand and appreciate the importance of the pro-am, which is at once the circuit’s greatest asset and obligation.

The funds generated by pro-am competitions allow tournaments to operate and provide for charities, but the commitment, which last week stretched nearly six hours, is unique to golf and can wear on even the most engaging player.

“There’s no other sport where you have to do a six- or seven-hour requirement the day before a competition,” Kevin Streelman said. “LeBron [James] doesn’t have to do a seven-hour dinner the night before his basketball games.”

With this in mind, the Tour will unveil a new concept this week at the Waste Management Phoenix Open that will allow professionals the option to share their pro-am commitment with another player.

Under the “9 & 9" format, players this week at TPC Scottsdale can choose to play nine holes of the pro-am before being replaced by a second pro to finish the round.

The format was tried last year at the FedEx St. Jude Classic and the reviews were universally positive.

Robert Garrigus participated in last year’s dry run in Memphis, playing the first nine with a group of amateurs before being replaced by Jonas Blixt.

“I played nine holes and said, ‘Everybody have a good one,’ and went and ate BBQ,” Garrigus smiled. “It was perfect.”

The new format is being rolled out to just a handful of events. According to last month’s Greensheet, an internal memo sent to players, the Waste Management Phoenix Open is one of seven events that will use the 9 & 9 option. The list also includes the Houston Open, AT&T Byron Nelson, FedEx St. Jude Classic, John Deere Classic, RBC Canadian Open and Barbasol Championship.

The most impressive part of the new format is it benefits the players, who still have the option to play 18-hole pro-am rounds if they choose, and the amateurs, who now will get to play with two professionals.

“I think it’s fair for the players and for the amateurs. It gives them a better opportunity to have two nice experiences,” Streelman said. “If one [player], perhaps, isn’t so great, maybe your second one is. If you can play with two PGA Tour players it makes for a better experience.”

It’s worth noting that although players will have the option at these seven events to reduce their pro-am commitment, it’s likely some would still want to go the entire 18 holes to prepare for the tournament, particularly for younger players who may not know the golf course.

“I still see myself playing 18 [holes] a few times,” Charles Howell III said. “But it would be nice to have nine holes if you’re tired, summer time when it’s hot, but I still think some guys will play 18. It’s still a good practice round.”

Despite widespread support from the players and positive feedback from the amateurs who played in last year’s event in Memphis, the Tour is allowing individual tournaments to decide if they want to use the new format.

“I wouldn’t say it’s fully pushed through yet,” said Streelman, one of four player directors on the Tour’s policy board. “It’s kind of up to tournaments and this is our first full-field event and we’re just kind of feeling it out.”

Given the historic and financial importance of the pro-am to the Tour, the circuit’s prudence is understandable. But like the new Strength of Field requirement – which was introduced last year in an attempt to compel players to mix up their schedules and add events they haven’t played in recent years – the 9 & 9 format checks all the right boxes.

Players benefit by having the option to focus on their games and conserve energy on the eve of the first round, and amateur partners now get two professionals essentially for the price of one and avoid what can often be a relatively quiet few hours.

“You can only tell so many jokes and tell everybody they suck as much as you possibly can,” Garrigus said. “I keep it real. I like to go out and have fun, but sometimes you get lulls. Nine holes is the best thing you can do.”

Change normally comes slow for the Tour, particularly when dealing with a crucial part of a tournament’s business model, but on this the circuit has delivered a rare makeover that can be celebrated by everyone involved.