The policy had been scheduled to begin in April at the RBC Heritage, but the COVID-19 pandemic postponed its implementation. The Tour now plans to launch the tougher pace-of-play rules beginning in January at the Sentry Tournament of Champions.

The new policy changes the Tour’s focus from keeping groups on pace to a system that’s focused on the individual player and includes increased fines for repeat offenders and the addition of what is being called “excessive shot times,” which will identify players who take longer than 120 seconds to hit a shot.

The most dramatic change to the policy will be the creation of an observation list of the Tour’s habitually slow players. The list will include players who take longer than 45 seconds on average to hit a shot, based on ShotLink data. The average will be based on a 10-tournament rolling window, which will allow players to improve their pace.

Players who land on the observation list will be monitored during rounds and will be subject to a 60-second limit for all shots. If a player on the list exceeds 60 seconds they will be individually timed even if their group is not considered out of position.

One “bad time” during a tournament will prompt a warning from officials and a second bad time will result in a one-stroke penalty. 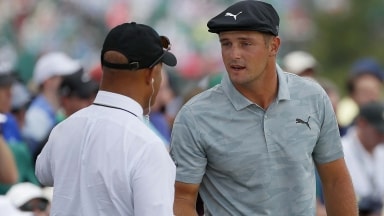