Tour limited number of 'challenges' for Tiger and Phil 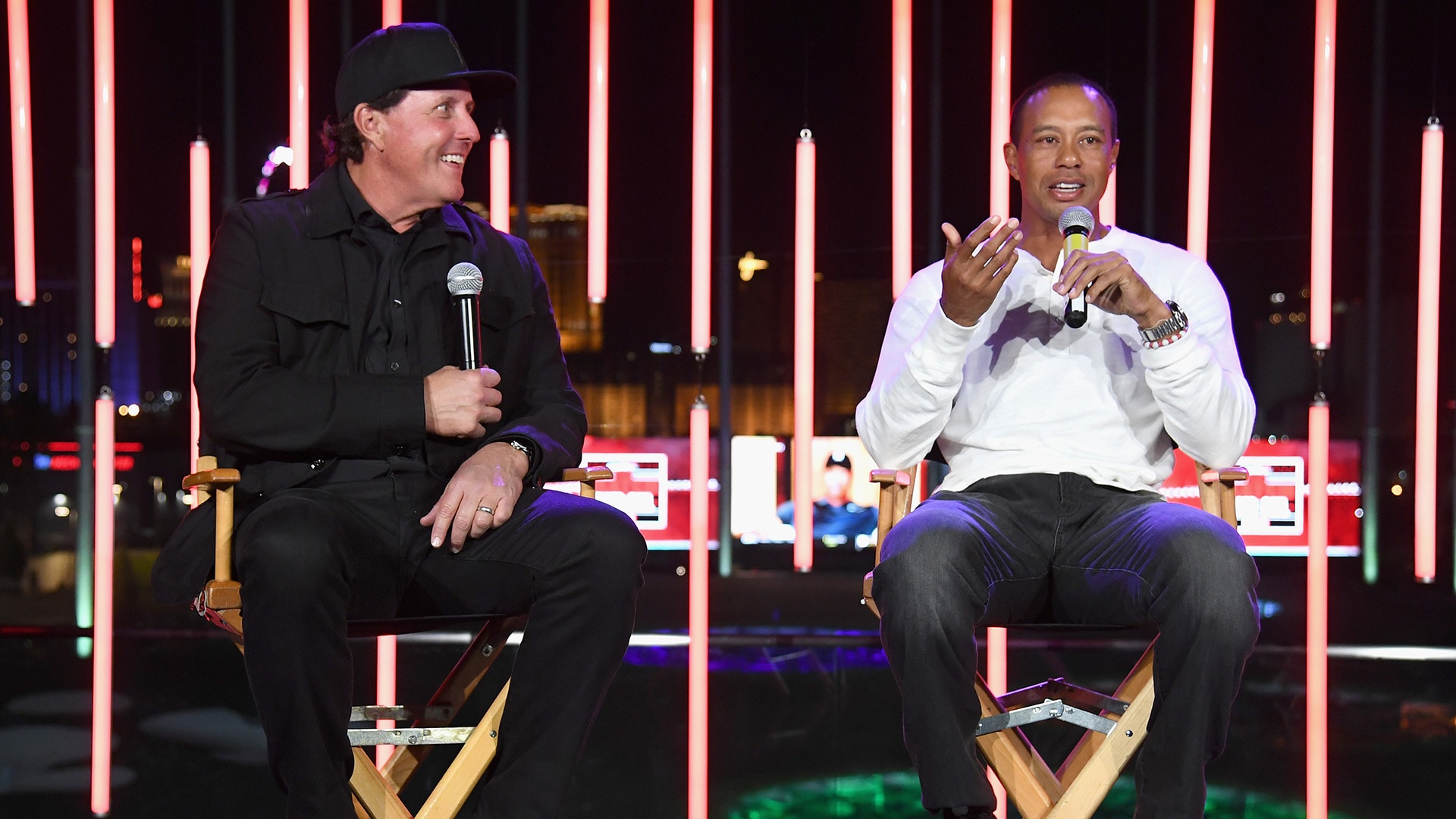 LAS VEGAS – Friday’s match between Tiger Woods and Phil Mickelson provided golf an initial glimpse into what professional golf could look like following the U.S. Supreme Court’s decision in May to strike down a federal ban on sports betting.

Throughout the event, fans were updated on up-to-minute changes to betting lines, as MGM’s gambling app offered an assortment of “in-play” bets.

Even the players got in on the action, with “challenges” like Mickelson’s $100,000 wager he would birdie the first hole. Although betting is nothing new to golf, the challenges were unique considering the PGA Tour’s policy when it comes to gambling in approved events like "The Match."

Specifically players are not allowed to “gamble or play cards on the premises where a PGA Tour cosponsored or coordinated tournament is being played.”

According to a Tour spokesperson, the challenges did not violate this policy because all of the proceeds went to each player’s charity and therefore aren’t considered “bets.”

Sources close to the event said the Tour limited the number of challenges between Woods and Mickelson. In the end, the side action totaled $800,000 and went to various charities.

The Tour is currently in the process, along with the NBA and MLB, of formulating plans to implement some form of sports betting into its platforms. Last week, the Tour announced an agreement with IMG Arena, which will distribute the circuit’s scoring data for media usage and sports betting purposes.

Before that can happen, however, the Tour will need to change its current gambling policy, which applies to players and officials.