Tour players' plea to the USGA: Just keep it fair 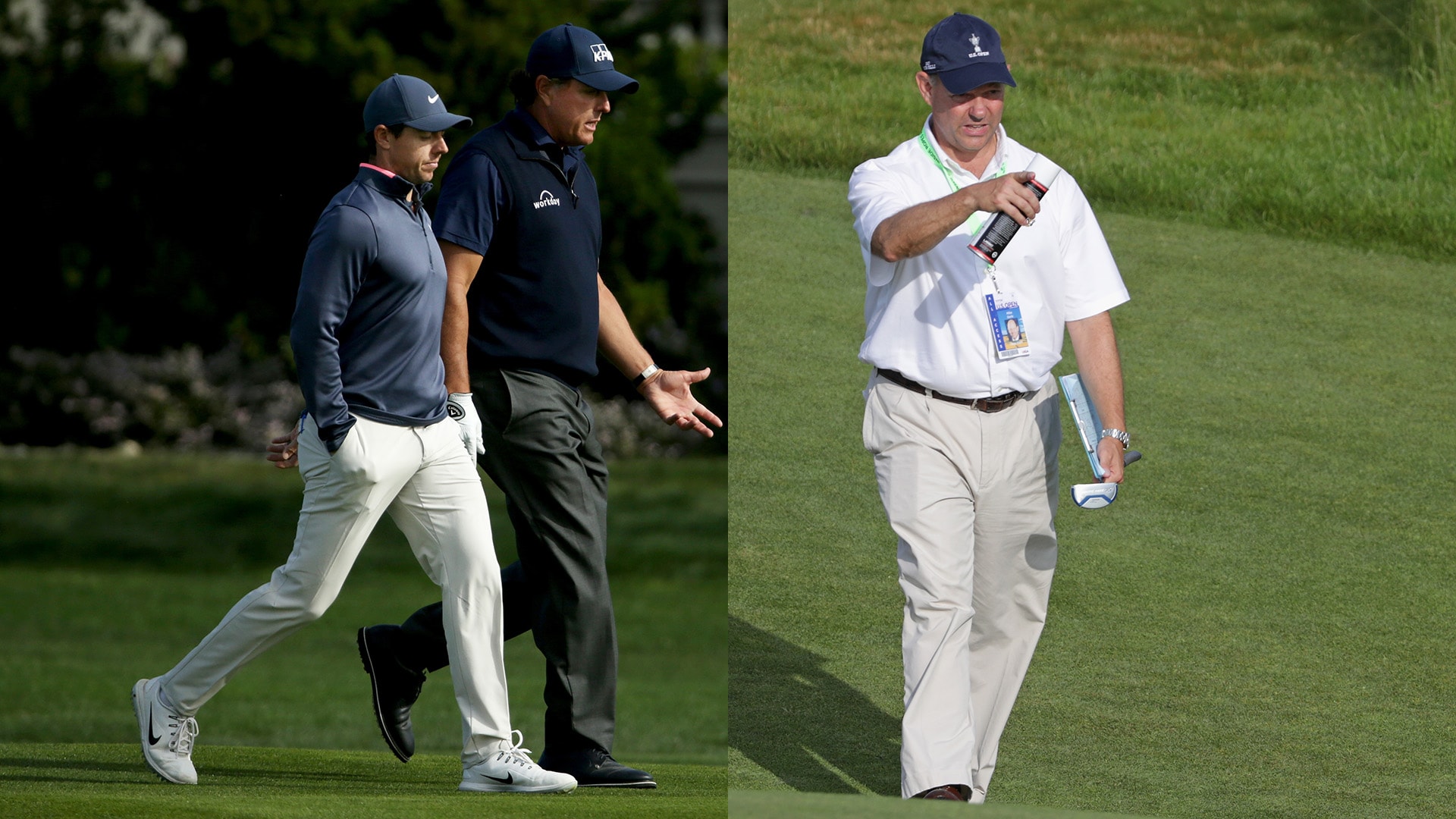 When the golf world gathers next week on the Monterey Peninsula, there are sure to be some anxious moments. Players will be poised for what has become an annual rite of botched championship management, and USGA officials will be bracing for more slings and arrows.

Every year the USGA promises to get it right, and every year players hope for the best. More times than not, both parties end up disappointed. At last year’s U.S. Open at Shinnecock Hills, it was baked-out greens and ill-advised pin positions. In 2015 at Chambers Bay, it was greens that were more dirt than grass. In 2017 at Erin Hills, the fairways were too forgiving. And in 2013 at Merion, it was a classic gem that had been tricked up beyond recognition.

Last week at the Memorial, both parties were already settling into their familiar roles.

“They're trying to do as good a job as they can. I think they'll admit they've made a couple of mistakes over the last couple of years. Everyone does,” Rory McIlroy said. “We should give them the chance to redeem themselves. If they can't redeem themselves at Pebble Beach, then there could be a problem.”

Phil Mickelson, who embodied last year’s meltdown at Shinnecock when he slapped a moving ball on a green during the third round, wasn’t nearly as diplomatic.

Having spent the better part of the last year on the wrong side of public opinion, the USGA has already started its attempt to change the narrative with Tour types.

“We’re listening a lot and having a dialogue with them,” USGA executive director Mike Davis said last week at the Memorial. “Some of it was about new rules. Some of it is concerns about the distance initiative. Some of it is U.S. Open. It’s a combination of things. But we’re looking forward, and we obviously want to work with the Tour. There are so many great players, and we want to get it right.”

There is an element to this give and take, however, that’s generally misunderstood. The truth about whiny Tour pros is they don’t want it easier. They just want it fair.

Every time a Tour pro gets to moaning and carping about the U.S. Open — something of a pastime in recent years — the public pushback is that they should simply man up.

Lost in this knee-jerk reaction is that the keystone to the golf-course-setup debate is that the USGA is trying to protect par. Although the association regularly denies this charge, many are dubious.

The players, on the other hand, don’t care what the winning score is.

“I guess in my head, growing up watching the U.S. Opens, it was tight fairways, it was thick rough. It was a premium on accuracy and precision,” McIlroy said. “Some of the golf courses we played and some of the setups over the last couple of years have went a little bit away from that. We play one Open Championship a year; we don't need to play two.”

Players aren’t fixated on how many red numbers are on the leaderboard. They want good shots to be rewarded, poor shots to be punished, and setups that identify the week’s best player. No one complained, for example, when all but one player, Tiger Woods, finished the week over par in 2000.

This isn’t about pampered professionals who don’t like to be embarrassed; this is about a championship that’s lost its identity.

“I thought it was just narrow fairways, hit it in the fairway or hack out, move on,” Woods said. “Now there's chipping areas around the greens. There's less rough. Graduated rough. They try to make the [U.S.] Open different, strategically different. I just like it when there's high rough and narrow fairways, and go get it, boys.”

Next week’s championship is an opportunity for the USGA to redeem itself, to prove that the experiments of the last few years were misguided attempts to address the much bigger issue of ever-increasing distance gains.

Davis has history on his side at Pebble Beach, which will be hosting its sixth U.S. Open. Looking forward and being progressive is what organizations like the USGA are supposed to do, but on this front they only need to turn back the clock.

Grow the rough up, narrow the fairways and keep the greens firm and fast. Players want a setup that’s proven, not a pushover.