PGA Tour pros cautious when it comes to interaction with fans, each other 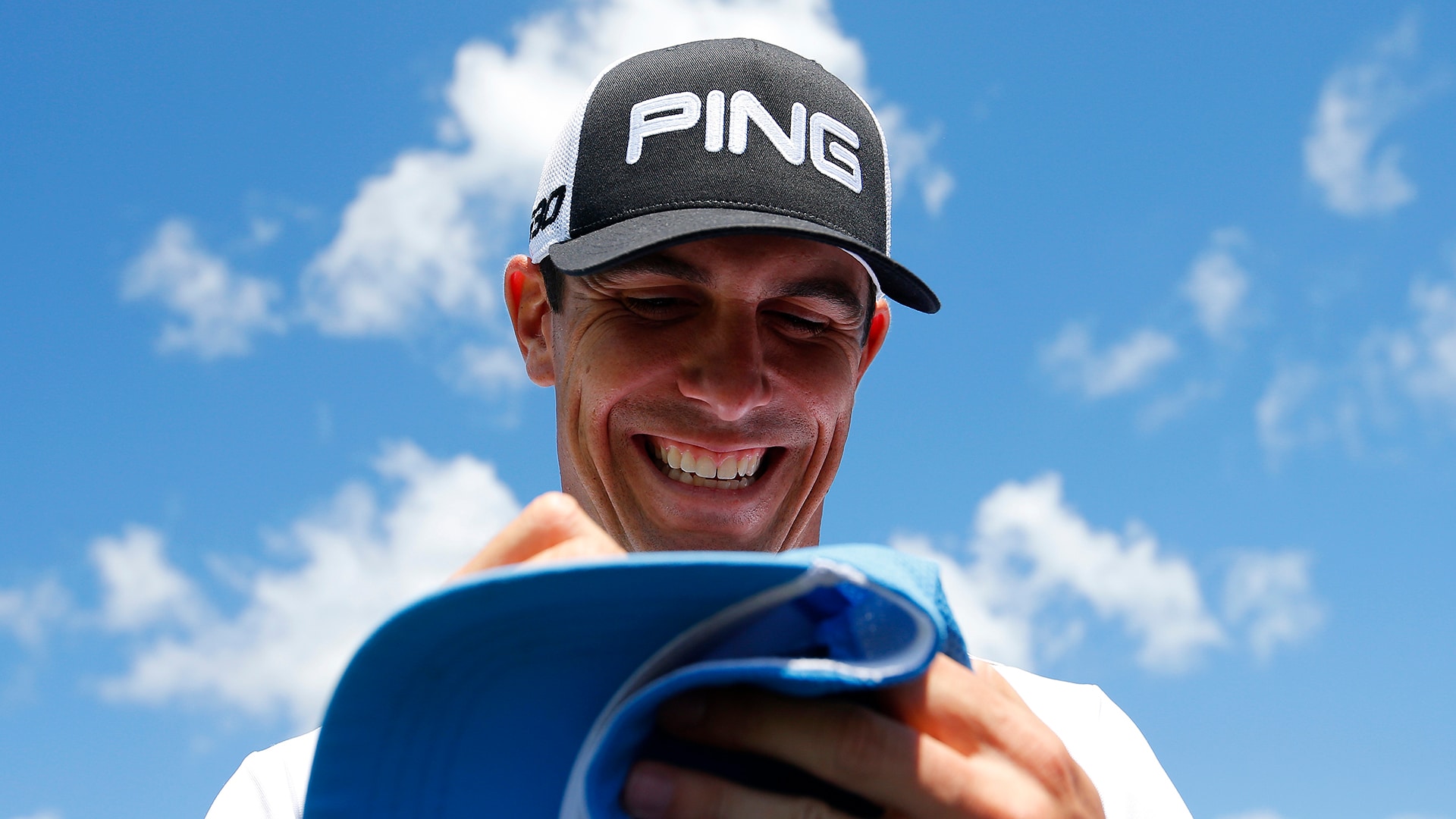 It is March 8, less than a week before the COVID-19 pandemic would halt golf and every other aspect of normal life, and Billy Horschel is contemplating the world as it is in that moment.

“I’m going to sign whatever someone hands me, and then I’m going to go and wash my hands,” Horschel said on that final Sunday of PGA Tour golf at the Arnold Palmer Invitational. “I don’t live my life in fear.”

If Horschel’s take now sounds a tad defiant given the current narrative, know that he wasn’t alone. Zach Johnson and Rickie Fowler offered similarly uncompromising takes on how the approaching pandemic wouldn’t change how they interacted with fans or other players.

Shaking hands, high fives, fist pumps – all were still a part of what has always been a very social game. Each player conceded they would take precautions, wash their hands afterwards, and Johnson even proudly produced his own Sharpie to sign with, but they all held firm that the coronavirus would not change how they approached fans.

The NBA was the first to stop play after one of the league’s players, Rudy Gobert, tested positive for COVID-19. The Tour followed on March 12 after just one round at The Players. Golf and normalcy have been on hold ever since.

Sunday’s TaylorMade Driving Relief charity match at Seminole offered a glimpse of what interaction between players will be like when the Tour picks up its schedule next month at the Charles Schwab Challenge, with winners Rory McIlroy and Dustin Johnson offering each other “air fives” in celebration.

But it remains to be seen how the changing times will impact the way players interact with fans moving forward. 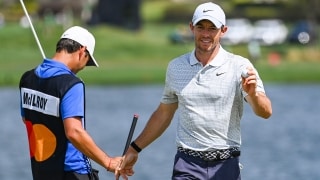 Q&A: What you need to know about Tour's return

The PGA Tour laid out a comprehensive plan for return, and with it, lots of questions. Here are some answers for you.

Even after two months of sheltering in place, Horschel remains optimistic that whenever fans are allowed back at Tour events – at least the first four tournaments are scheduled to be played without fans – the coronavirus won’t alter the way he engages with the crowd.

“No, it hasn’t changed because I think the data has come out to show if you’re not touching your face then the other likelihood to contract the virus is to be within 6 feet of someone for a substantial amount of time,” he said. “If we had fans at the first four events, I’d sign autographs. I’d be very cautious. Take the flag or hat and step back a step or two. I’d also wash my hands right away.”

Horschel might be in the minority at the moment when it comes to engaging with fans.

“That’s got to be one of the most strange things about the environment we’re now in and we’ll be in for the next year. Fans is a really great question. It was not two months ago I’m walking in between the ropes high-fiving every kid that put their hand out,” Brendon Todd said. “I’m not going to [high-five fans] and I can’t imagine any other players doing it either. That’s sad.”

Horschel’s outlook toward fans has changed over the last two months thanks in large part to his access to more information than most players as a member of the Tour’s players advisory council.

Those meetings have produced an optimism among players that not only will the Tour be able to restart its schedule on June 11 at Colonial, but there is also a high level of confidence that fans will be allowed back at tournaments, at least in limited numbers, by mid-summer.

“A month ago, I probably would have said I’m not going to sign autographs. They were saying to limit contact because it was still very early. I probably would have had a different answer but with the information we have now, I feel like I can control not having my hand touch my face,” Horschel said.

If last week’s release of the Tour’s 37-page Health and Safety Plan is any indication, the degree to which players engage with fans might not be their decision. The plan is as detailed as it is far-reaching, covering everything from testing protocols to how caddies and players should interact with each other to the creation of a bubble for essential tournament personnel during tournament weeks.

It stands to reason that the Tour will create a similar blueprint for players when fans are allowed back onsite at tournaments, and officials hinted at a “resource guide” that will be created for players in the coming weeks.

“I don’t know the answer to that because of the risk, but I don’t think it will come to that as far as me having to make the decision [to sign autographs] for myself. I think the Tour will have stipulations and protocols for fans to receive an autograph,” Lucas Glover said. “That all goes into the bubble that they are talking about. When the fans come back there are going to be all these rules and stipulation that we are able to interact in a safe way.”

Beyond the fan experience, the players will also have to come to terms with how they interact with each other. On Sunday at Bay Hill, Horschel shook hands with two caddies and his playing competitor, as well as (full disclosure) your scribe prior to a post-round interview.

“It’s tough. I think you’re going to see we probably won’t be shaking hands,” Horschel conceded. “We’ll be doing elbow bumps. If we want to shake hands and then go use hand sanitizer afterward.”

The awkward exchange like the one on Sunday between McIlroy and Dustin Johnson is going to be put to the test even more in the wake of a winning putt at Colonial and beyond. In the heat of the moment, a celebration rarely adheres to small print.

“It’s going to be hard on a Sunday and a guy wins a tournament not to shake his hand,” Glover said. “It’s so natural.”

It’s one of what promises to be plenty of unnatural moments in the months ahead for professional golf.