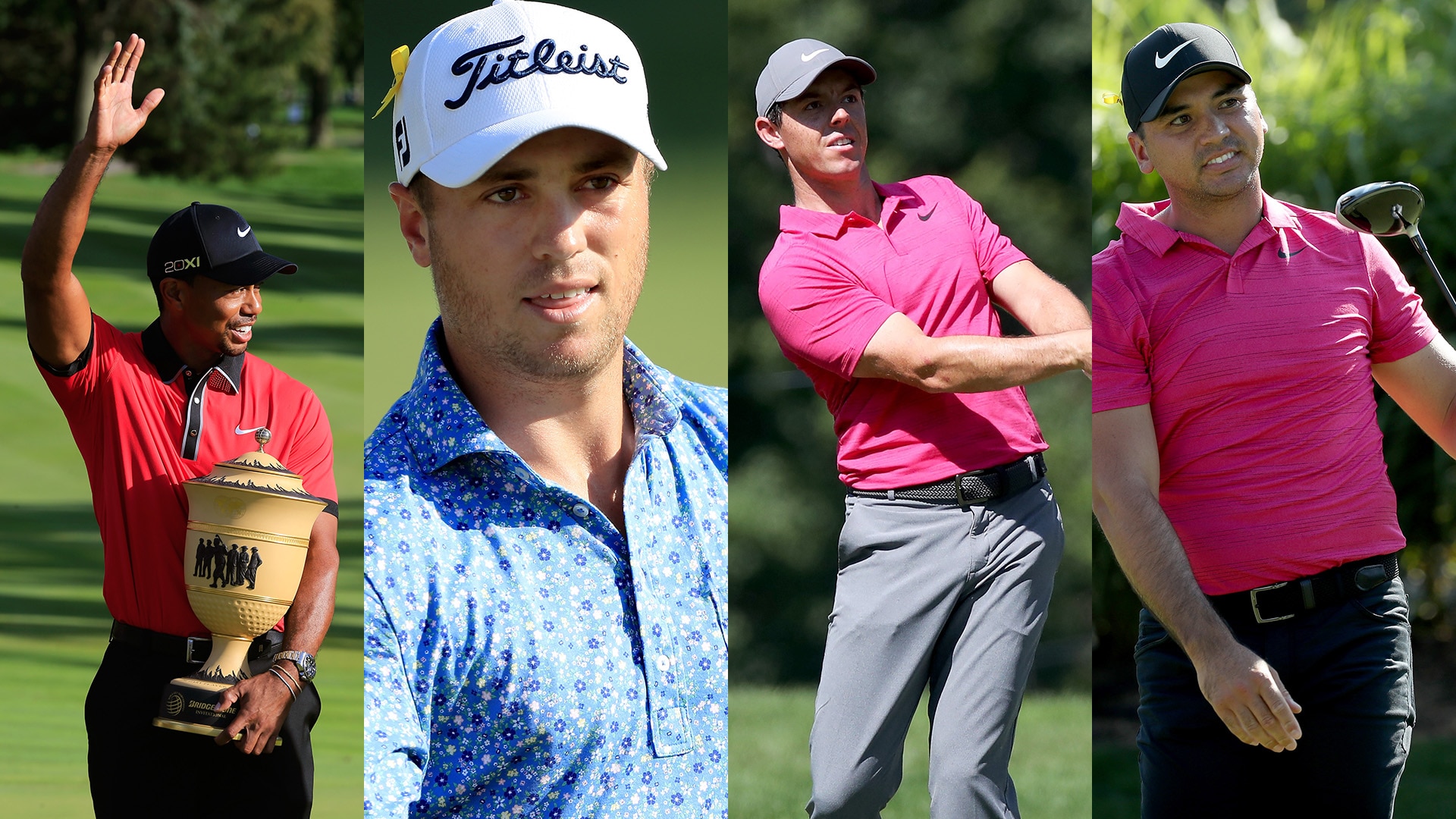 AKRON, Ohio – As Tiger Woods stomped down the hill on Firestone’s third hole a fan yelled, “We love you more than LeBron [James], Tiger.”

While Woods’ final turn around the South Course will likely be similar to James’ early exit from last year’s NBA Finals - sans the hasty move from Cleveland to the West Coast - the WGC-Bridgestone Invitational’s swansong has a fitting cast for its curtain call.

It was called the World Series of Golf back in 1976 when Firestone first hosted a Tour event. That inaugural stop in Ohio was won by Jack Nicklaus and along the way everyone who was anyone won here. From Woods, who will finish his career with an eight-pack of South Course tilts, to Tom Watson and Phil Mickelson, if you have a locker in the World Golf Hall of Fame with your name on it that portfolio probably includes a victory at Firestone.

It was the biggest small-town stop in the game.

It’s only fitting that as the South Course slips toward its PGA Tour sunset that the current generation of stars are poised to send the old gem out with a bang.

Justin Thomas, who appears to be peaking at just the right time as he prepares to defend his title at next week’s PGA Championship, leads the pack, crashing a tie to begin the day with a third-round 67 that propelled him to a three-stroke lead.

Thomas was 7 years old when the event was christened with WGC status in 1999 and is making just his third start at Firestone, but is the prototypical Firestone player, long by any definition and putting as well as he has all season.

Although his putting wasn’t as divine as it was on Friday, when he rolled in 122 feet of putts, it didn’t need to be, with Thomas picking apart the South Course with a combination of power and perfect wedge play.

He ranks first in the field in proximity to the hole giving himself four birdie looks from inside 10 feet. That’s a dramatic turnaround for a player who admits he hasn’t exactly had his best stuff at Firestone.

“I'm just happy to finally play this place well. Obviously I have a day left, but I played three really good days of golf,” Thomas said. “I'm glad I played it well for it to move next year.”

Despite a three-stroke lead, the star power and potential reaches deep down the kind of leaderboard that one would expect from a World Golf Championship. Thomas will be paired with Rory McIlroy on Sunday, with the 2014 Bridgestone champion posting his own 67 on a South Course that got a little bit of its bite back thanks to a few days of dry conditions.

The Northern Irishman historically plays his best this time of year on these types of traditional, parkland courses, and his steadily improved tee-to-green game produced one of the day’s most consistent rounds, with McIlroy posting one of just three bogey-free rounds.

The penultimate group will feature Jason Day and Ian Poulter, who is predictably coming into form just as a Ryder Cup approaches. Of course he would.

Poulter wasn’t as sharp on Day 3, following rounds of 62-67 with an even-par 70. Despite bogeys at three of his final six holes to drop into a tie for second place with McIlroy, the Englishman has reestablished himself as one of the game’s most clutch players following his victory earlier this year at the Houston Open.

For Day, Firestone’s farewell tour is even more personal. He’s an Ohio native via Australia and has contended at the Bridgestone in the past, most notably in 2016 when he tied for third.

“I'm sad to see it go because this is such a good golf tournament,” said Day, whose 69 on Saturday left him alone in fourth place at 10 under par. “The people are great and the golf course is tremendous.”

The marquee is perfectly placed for Firestone’s sendoff, with Rickie Fowler, who carded a day’s best 65, and Jon Rahm (68) tied for seventh place at 8 under par; but there is one name missing from the long goodbye.

Woods, who began the day with the Tour’s best third-round scoring average, managed just a single birdie and faded into a tie for 28th place with a 3-over 73. He will need something epic, along the lines of his second-round 61 in 2013 when he won his last Bridgestone tilt, to have any chance at all. And even then he’ll need some help from those in front of him.

Qualifying for the final Bridgestone was high atop Woods’ goals when he began the year, and he narrowly secured his spot in the field with his tie for sixth place at The Open. Although this isn’t the ending he envisioned for his career at Firestone, he did take a moment to appreciate the layout’s history.

Firestone has one more day in the Tour spotlight, and even without Woods in the mix it’s shaping up to be a fitting farewell.