The PGA Tour has officially released its schedule for the 2019-20 season, a slate that includes a revamped fall portion beginning in September and two brand new events.

The new season will kick off Sept. 12 with A Military Tribute at The Greenbrier, which had been played in July but has now moved to mid-September. The Houston Open will also return this fall after being absent from the 2018-19 season, moving from April to October. Of the 49 total events, two are new: the Zozo Championship in Japan, played during a slot previously held by the now-defunct CIMB Classic in Malaysia, and the Bermuda Championship, played opposite the WGC-HSBC Champions in early November. 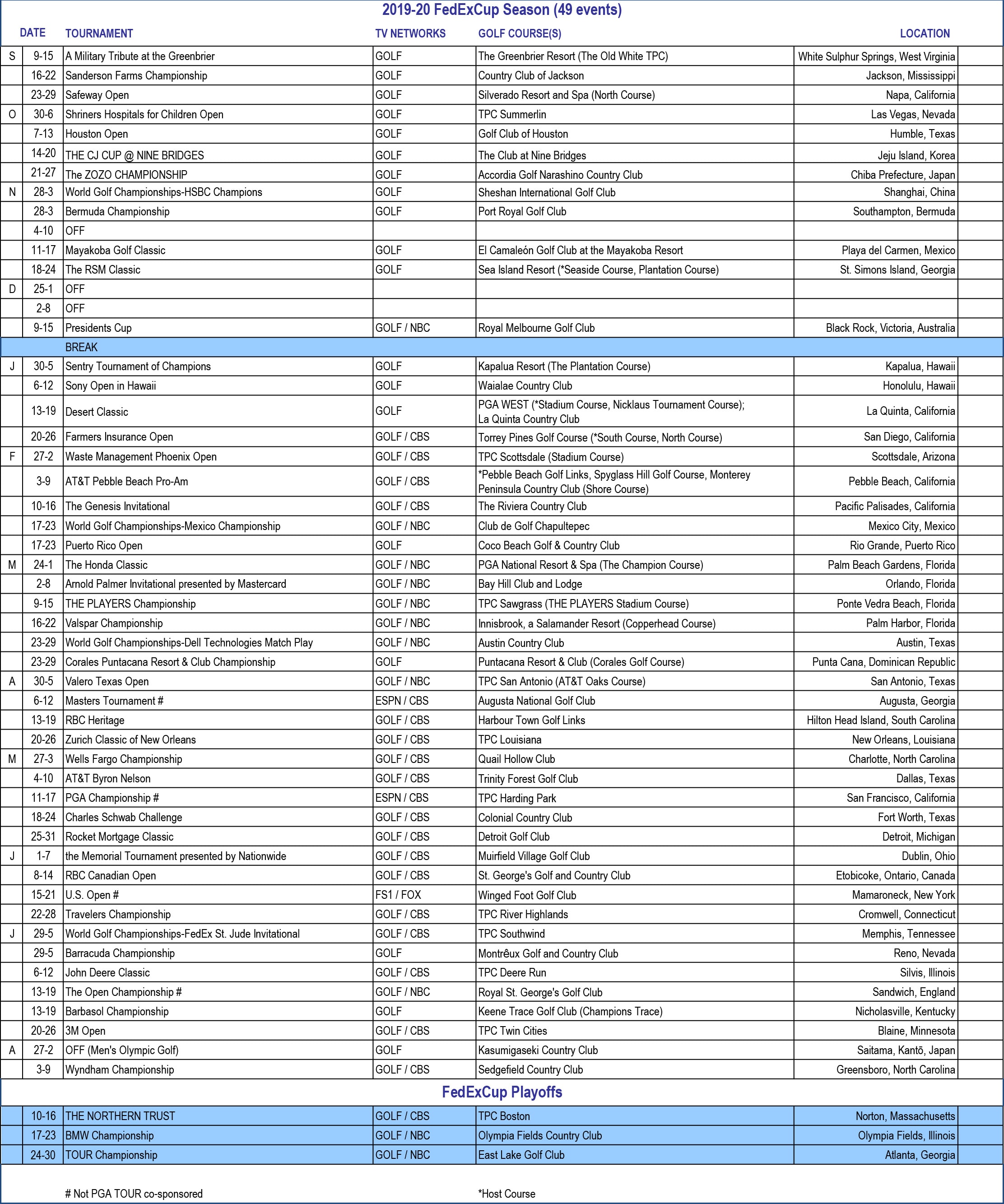 The return of the Olympics has required some adjustment to an already-fluid slate, with the WGC-FedEx St. Jude Invitational moving to early July, when it was played during the last Olympic year of 2016. Unlike with the Rio Games, the Tour will not conduct a regular event during the week of the men's Olympic competition in Tokyo.

Other changes from this season's itinerary include the Rocket Mortgage Classic shifting a month earlier to late May, while the 3M Open moves a month later to late July, between The Open and the Olympics.

As with this year, next season will conclude with a three-event playoff stretch that kicks off with The Northern Trust, moving next year to TPC Boston, and ends with the Tour Championship in late August.