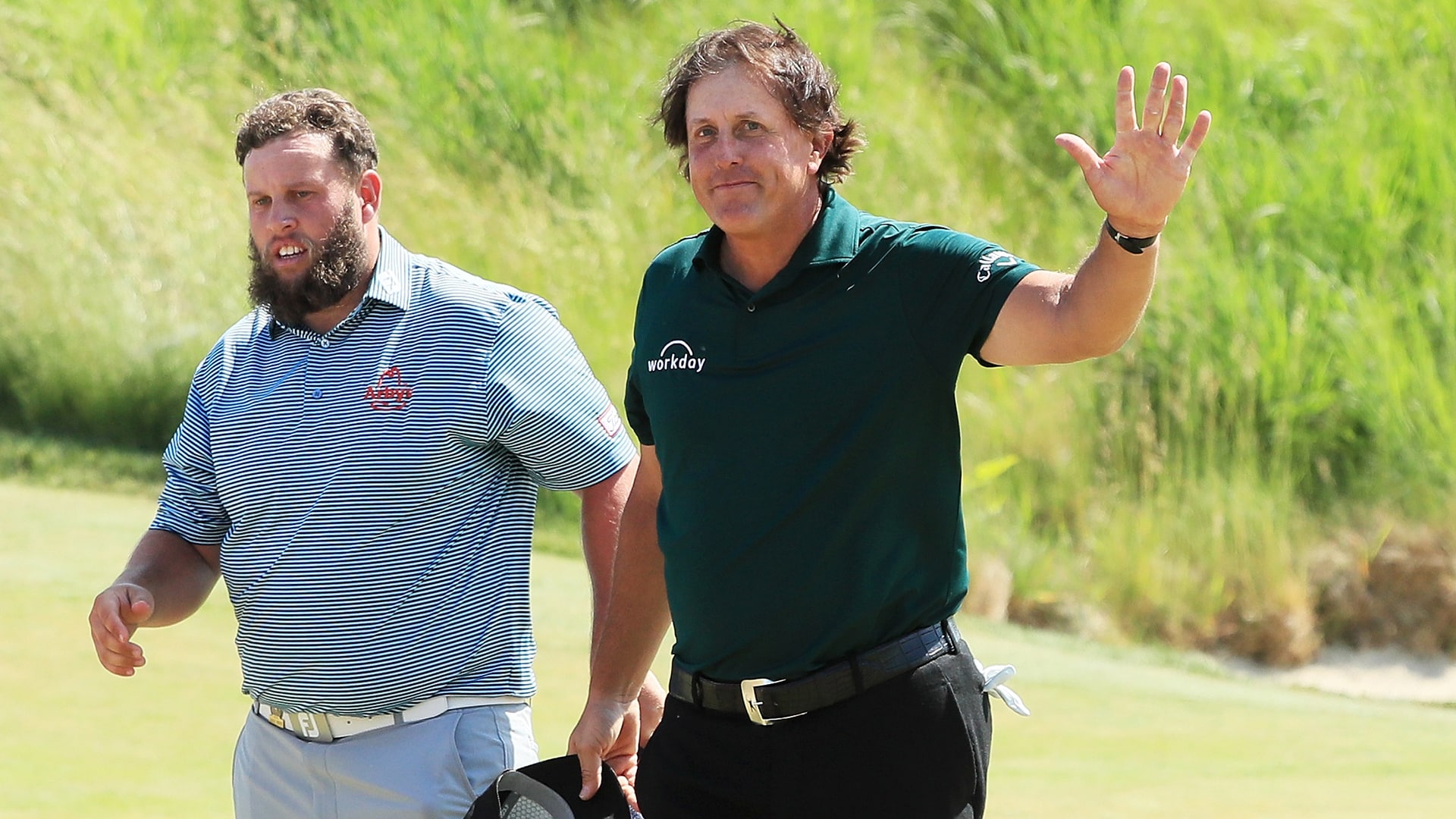 SOUTHAMPTON, N.Y. – Phil Mickelson had a birthday to forget Saturday at the U.S. Open.

In one of his most bizarre moments in a career full of them, Mickelson intentionally hit a moving ball on the 13th hole to prevent it from racing off the front of the green. He was docked two shots under Rule 14-5 – and recorded a 10 on the hole – and then defiantly stated afterward that he knew the rules and decided that he’d rather take the penalty than play Ping-Pong around the severely undulating green at Shinnecock Hills.

“At that time, I just didn’t feel like going back and forth and hitting the same shot over,” he said after shooting a third-round 81, which matched his career-worst score at the U.S. Open. “I took the two-shot penalty and moved on. It’s my understanding of the rules. I’ve had multiple times where I’ve wanted to do that. I just finally did.”

On his 48th birthday, Mickelson was already 4 over par for the day when he found trouble on the 366-yard 13th, which has played as one of the most difficult holes at Shinnecock this week.

After misfiring long with his approach, his pitch shot carried over the green, then he chipped past the flag again. When his 15-footer for bogey raced past the cup, and appeared on the verge of racing off the front of the green, Mickelson jogged to catch up with his ball, then swatted it back toward the hole.

A remarkable sequence on Hole 13, where Phil Mickelson was assessed a two-stroke penalty for hitting a moving ball and ended up making a 10 on the hole. pic.twitter.com/kx6ieYiOGR

“No question, it was going to go down in the same spot behind the bunker,” he said. “I wasn’t going to have a shot.”

“I said, ‘That’s one of the strangest things I’ve ever seen,’ and then just started laughing,” Johnston said. “I think it’s just a moment of madness.”

Mickelson walked off the green with an 8, then was told by a rules official that he’d be assessed a two-shot penalty for playing a moving ball. He said afterward that he was just using the rules to his advantage.

“In that situation, I was just going back and forth,” he said. “I would gladly take the two shots over continuing that display.”

But social media erupted at what was perceived as a serious breach of etiquette by Mickelson, one of the most beloved players in the game.

John Bodenhamer, the USGA’s senior managing director of championships and governance, said that the rules committee decided that Rule 1-2 did not apply – because “Phil didn’t purposely deflect or stop the ball,” such as stopping a ball from going out of bounds – and thus spared Mickelson from disqualification.

“He didn’t deflect it or stop it,” Bodenhamer said. “He played a moving ball. He made a stroke at a moving ball, which is explicitly covered under 14-5.”

Mickelson said that disrespecting the game wasn’t his intent, that he didn’t think the move would damage his reputation, and that any fans or players who were offended by his actions needed to “toughen up.”

“If somebody is offended by that, I apologize to them, but toughen up,” he said, “because this is not meant that way. I just wanted to get on to the next hole, and I didn’t see that happening at the time. I’d gladly take my two strokes and move on.”

Mickelson said that he’s wanted to accept this penalty on other occasions in his career – including some years on the 15th hole at the Masters, when his ball would run off into the creek – but that with this particular hole location Saturday, “I could still be out there, potentially.”

“Everybody has to play it,” he said. “I was playing it worse than most, and I wanted to get to the next hole eventually, which I did.”

Mickelson’s stunning smack was reminiscent of John Daly’s outburst during the 1999 U.S. Open at Pinehurst. After the same two-shot penalty, he made an 11 on the hole and claimed afterward that his penalty was in protest against the USGA for setting so many dicey hole locations.

But with the USGA on the verge of losing Shinnecock, again, because of unplayable conditions in the third round, Mickelson didn’t rail against the setup. Instead, he described it as “certainly a lot harder today,” and added that he’ll continue to relish the challenge of playing the U.S. Open even if “sometimes it gets a bit goofy.”

The incident didn’t seem to dim Mickelson’s enthusiasm. As he headed toward the scoring cabin, he offered wry smiles, high-fived the fans lining the barricades and gave a few thumbs-up. He remained in scoring for nearly a half hour – he said he was refueling after a long day on the course – before facing dozens of reporters and cameramen.

When Mickelson was done explaining one of the most bizarre decisions of his legendary career, he scribbled autographs, made small talk with fans and nodded along to the music. The crowd was singing, “Happy Birthday.” 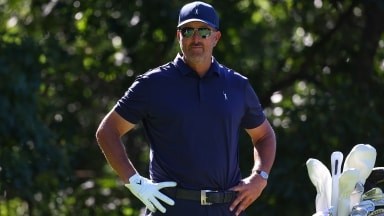 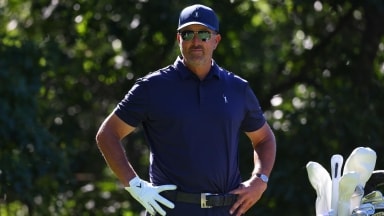 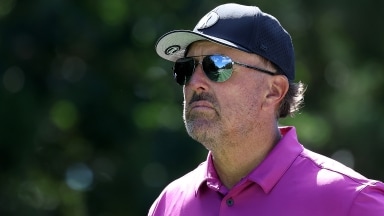