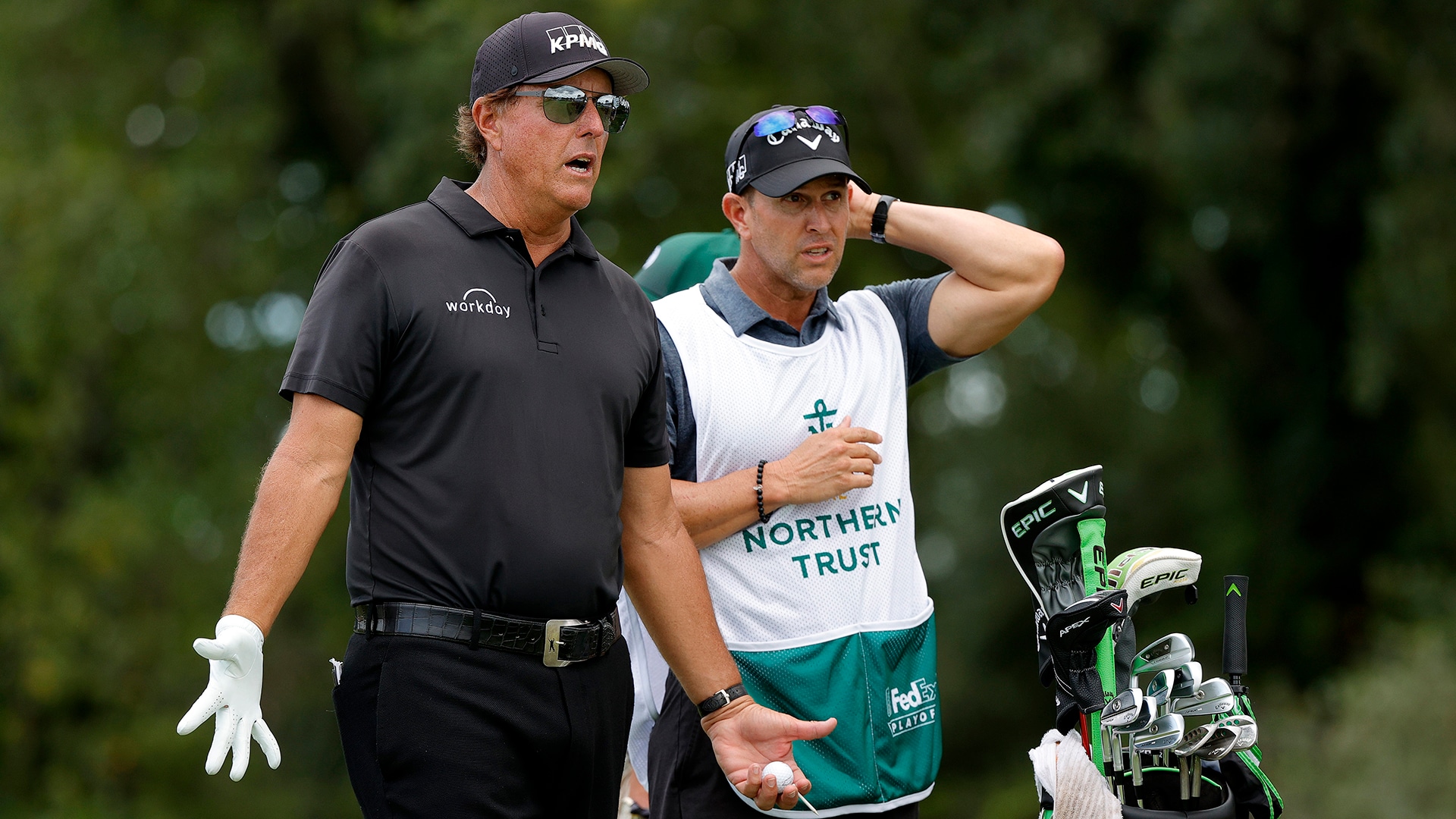 OWINGS MILLS, Md. – Phil Mickelson doesn't tee off Friday at the BMW Championship until 2:19 p.m. ET, which means plenty of time for some pre-round tweeting.

A day after he posted a video saying that he was "ready to ball," Mickelson decided to put the ball in the USGA's court, calling out golf's governing body for, according to Mickelson, "soon rolling back" the permitted length of driver shafts to 46 inches.

"This is PATHETIC," Mickelson wrote. "1st it promotes a shorter more violent swing (injury prone), doesn’t allow for length of arc to create speed, and during our 1st golf boom in 40 years, our amateur gov body keeps trying to make it less fun."

It's worth noting, though, that the majority of Tour pros use driver shafts at or shorter than 46 inches. Mickelson, who uses a 47.5-inch shaft, is one of the few exceptions.

Mickelson also went on to respond to several comments under the tweet. One user asked about the USGA's reasoning behind the Mickelson-reported decision.

"Who even knows," Mickelson wrote back. "Logic isn’t their strong suit."

"We’re holding off on [an] official statement for now," a USGA official told Golf Channel via email, "but will refer anyone who asks to see usga.org/distanceinsights if they have any question about research or our process."

A few of the players at Caves Valley, however, did offer their thoughts on whether driver shafts should be limited to 46 inches. While some of them had tinkered with shafts longer than 46 inches, they'd never considered putting it in play, and they could recall no players who actually have outside of Mickelson, Bryson DeChambeau and Dylan Frittelli. Several top amateurs also told GolfChannel.com that they knew of no one who gamed a driver that long.

"I went back to 44 1/2 [inches] earlier this year," Rory McIlroy said. "I don't think driver length is the right way to tackle what the governing bodies want to do. I mean, I would be in agreeance with Phil. A lot of amateurs just pick a driver off the rack and it's going to be 45 and a half inches. No one is even thinking of going to that.

"I'd be very surprised to hear the average golfer play a driver shaft any longer than 45 and a half. Don't think it's going to make a huge difference."