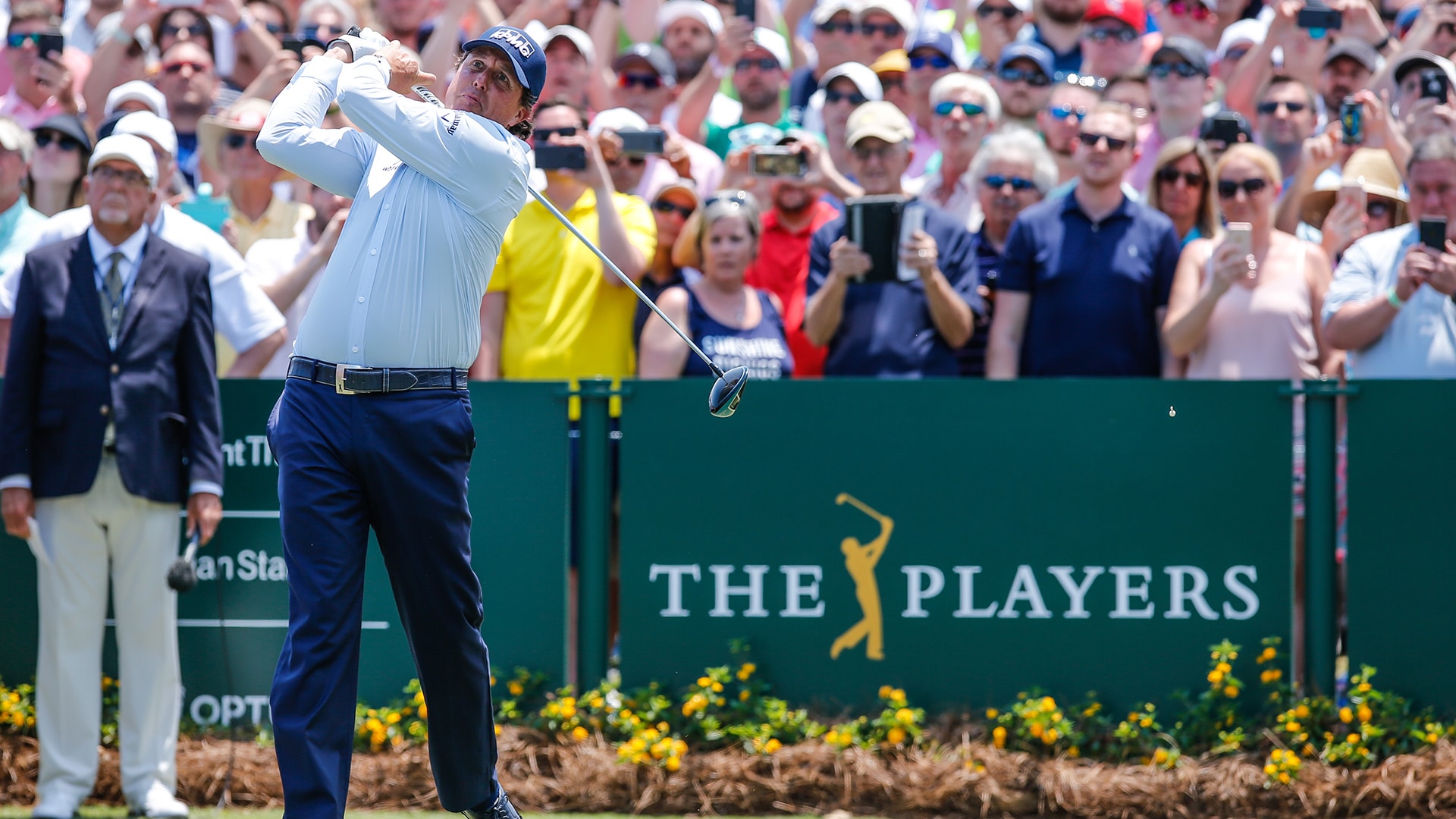 LOS ANGELES – Fresh off his win at Pebble Beach, Phil Mickelson is in the midst of a stretch of five starts in six weeks as he gets his 2019 campaign off the ground. But at age 48, he still plans on being selective with his schedule moving forward – including possibly opting out of the PGA Tour’s flagship event.

Mickelson hinted at tightening up his schedule earlier this year, hoping to avoid courses with especially penal rough, and last month he skipped the Farmers Insurance Open for the first time in 29 years. But he was also a late addition to this week’s field at the Genesis Open, committing days before he won the AT&T Pebble Beach Pro-Am for a fifth time.

Like many players, Mickelson is still in the midst of evaluating his spring scheduling options amid a revamped calendar that now includes The Players Championship in mid-March. He told GolfChannel.com that, despite winning at TPC Sawgrass in 2007, he doesn’t feel obligated to return next month for another shot at the Stadium Course.

“It’s not one I feel like I have to play,” Mickelson said. “It’s not a must-play for me because I’m 48 and I’ve played it 25 times and I’ve already won it. If I were young and early in my career, I would say yes because I think it’s as close to a major as it can get. But it’s not the best course for me.”

Mickelson’s 2007 win came in the first year of the tournament’s switch to May, but he has largely struggled since and has on multiple occasions marveled that he ever won the event. He has missed the cut five out of the last six years, posting scores of 79-73 last year playing alongside Tiger Woods.

His results when the tournament was staged in March weren’t much better. Mickelson had two top-10 finishes in 13 March appearances, highlighted by a T-4 finish in 2004. He has not missed the event since 2003, when he withdrew for the birth of his son, Evan.

“I just haven’t played well there,” he said. “I’m curious to see how it goes this year, because the course is going to be a totally different one than what we saw in May. So I’m curious to see if it’s better for me or not.”

Mickelson spoke often last year of energy and focus concerns, as he was unable to maintain the momentum he built with a strong spring that included a breakthrough win at the WGC-Mexico Championship. Now with another title under his belt, he shared that his scheduling decisions will be based largely around course style and setup – even if those choices create an unconventional itinerary.

“I might play in spurts like I’m playing now, five out of six on courses that are very well-suited for me, and I might end up taking a month off at points and at places where it’s not,” he said. “It’s kind of a nice, refreshing freedom if you will to not feel the need to play where I’m expected, but to play where is best-suited for me.”