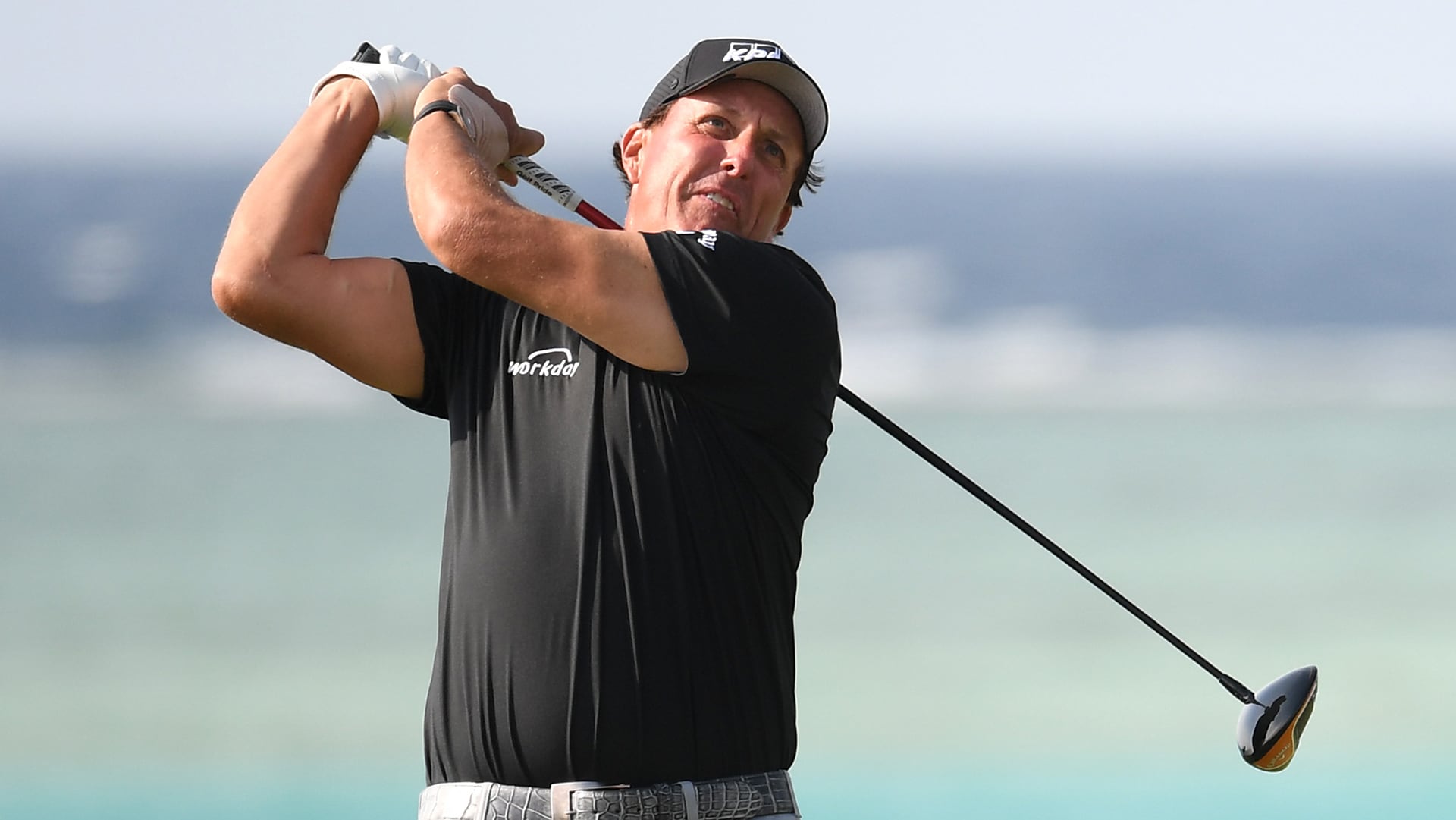 Phil Mickelson will begin his title defense next week at Pebble Beach with some momentum.

Mickelson entered this week's Saudi International in a prolonged slump, having failed to notch a top-10 finish since that triumph last year at the AT&T Pebble Beach Pro-Am. But despite falling to No. 86 in the world rankings and beginning the new year with back-to-back missed cuts, Mickelson showed there's still some game left in the tank by tying for third in the Middle East.

Mickelson fired a closing 3-under 67 Sunday to finish the week at 9 under, just three shots back of winner Graeme McDowell.

"It was so fun to be back in the mix," Mickelson told reporters afterward. "It's been a while since I've been in contention. It's been a while since I've been playing well and it feels really good. This has been a great week for me, a good step, and it was so fun coming down the stretch to feel the nervousness and the excitement and the opportunities."

Mickelson was just one shot off the lead early on the back nine, but he bogeyed the par-3 16th and missed a crucial birdie putt on the penultimate hole to end his threat. But Mickelson was excited to keep building off what he described as a strong week, both off the tee (at least for the first three rounds before Mickelson admitted getting "antsy" and "stuck" on his downswing) and on the greens (especially during a windy Sunday).

"I haven't been my best this last year since I won Pebble a year ago, and I'm excited to go back there next week with a little bit of momentum," Mickelson said. "I feel like I have been playing well, but yet I haven't had the results. I missed a couple of cuts and this week I really started to put things together and it's a great week to build off of."