Phil explains his shot from the creek 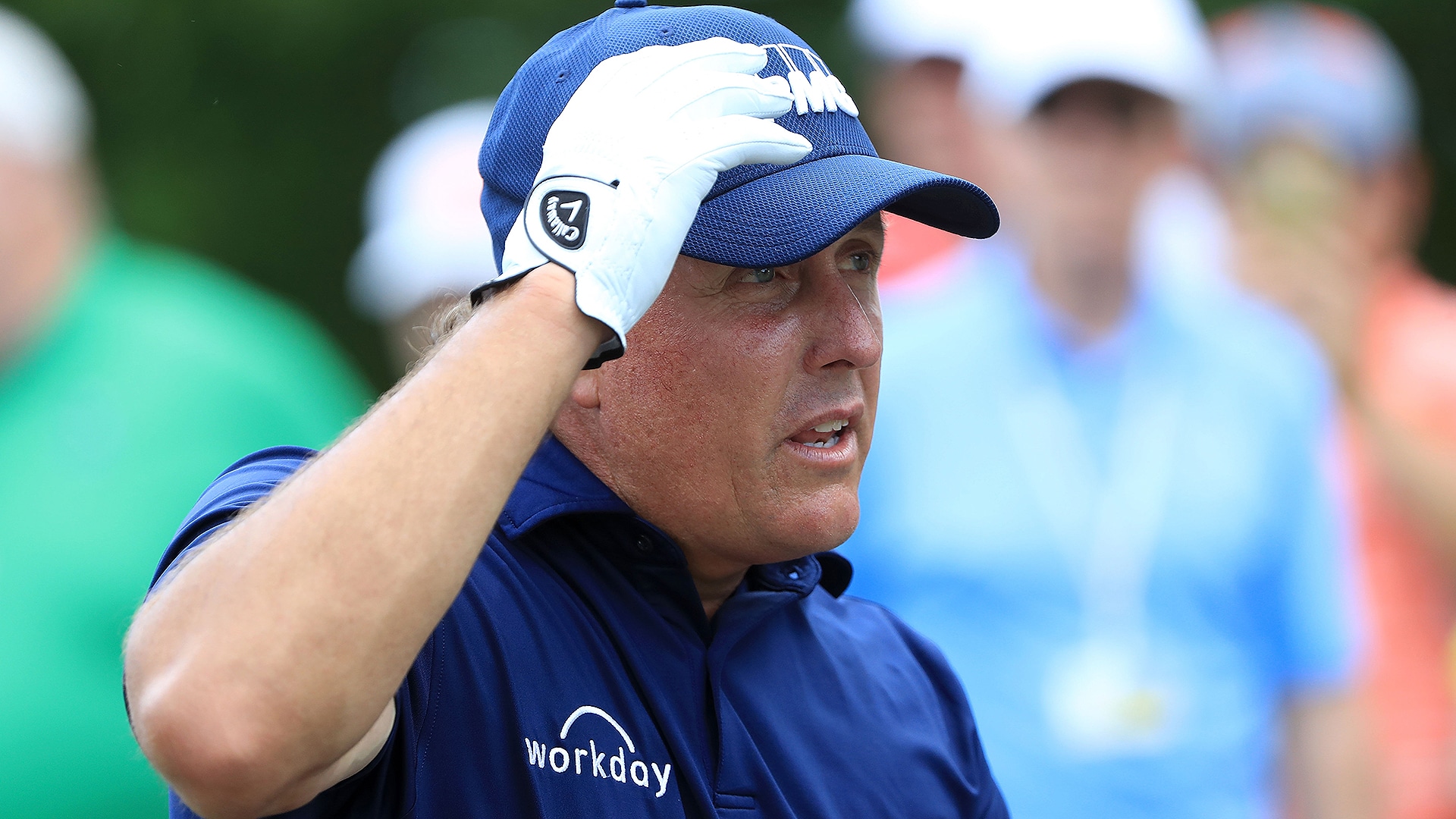 CHARLOTTE, N.C. – Why hit the green and two-putt when you can play from the creek and hole a 20-footer for the same par, especially if you’ve been deflecting golf balls off rocks long enough to be able to calculate the exact right angle to play your pitch – right?

Phil Mickelson – because, really, who else? – capped off his final round at the Wells Fargo Championship with a par save from the creek on 18 to shoot 2-under 69 and finish 7 under for the week, in a tie for fifth.

A drop lesson from Lefty! pic.twitter.com/kPfeOU8klG

Phil, could you take us through the pitch from the creek?

“It was leaning against a rock,” he began. “It was touching a rock, but somehow I was able to get way underneath the ball. It was kind of on such a severe lie, I was able to hit it vertically. So I hit it off the toe, and the toe of my wedge is all banged up – not the sole, but the far end of the toe. I semi-played it into the rock to kick it to the right over the pin. So I went up vertically and used the side of the rock to kind of get it to go to the right.”

Rock on. So do you practice that kind of thing or …?

Mickelson added that he’s slightly concerned about his energy level heading into this week’s Players Championship considering how much he had to grind this week at Quail Hollow, but on the other hand he’s happy to have momentum heading into such a big event.

Mickelson will be grouped with Tiger Woods and Rickie Fowler on Thursday and Friday at TPC Sawgrass.