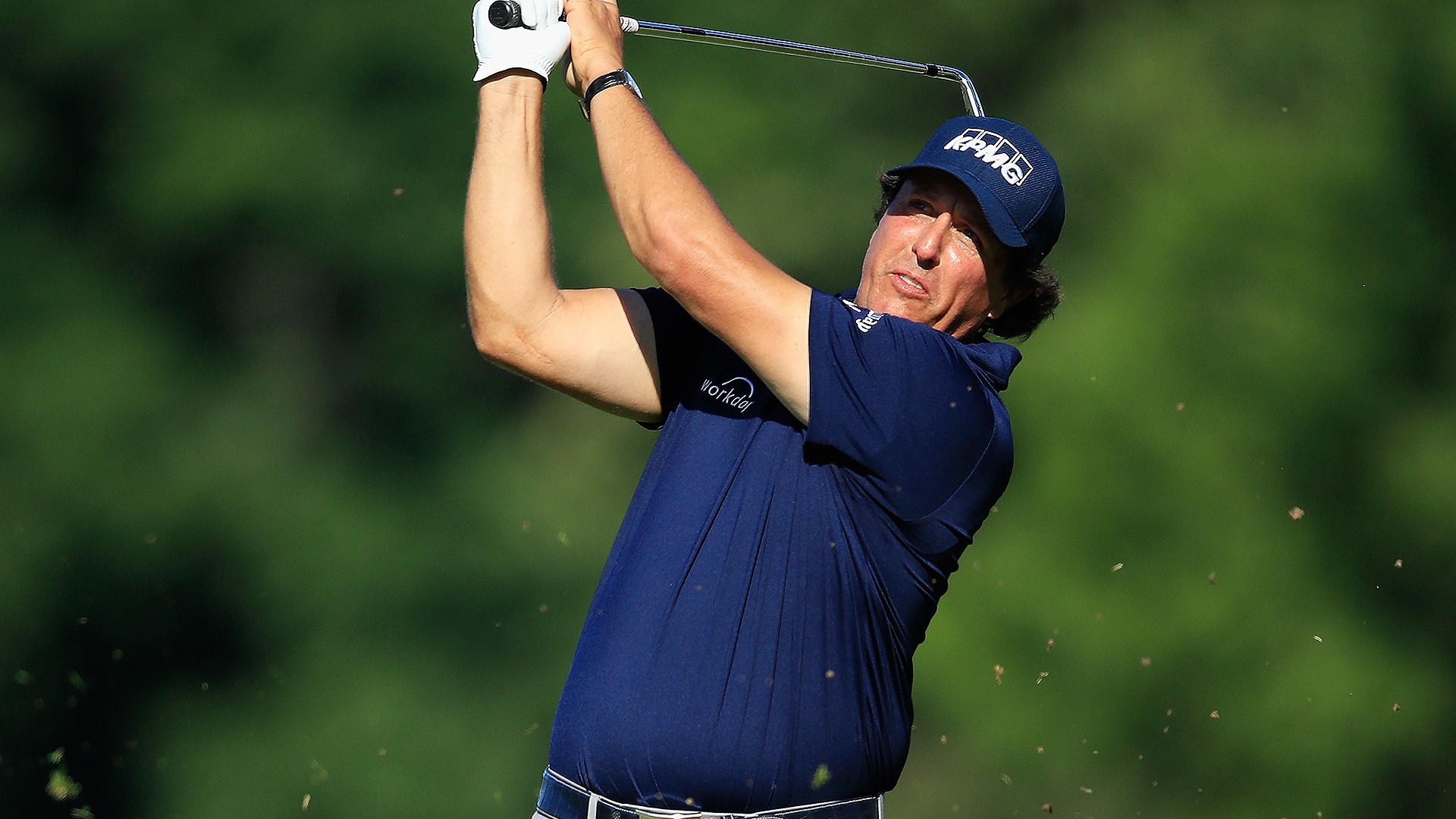 After closing out the FedEx St. Jude Classic in style, Phil Mickelson will now turn his attention to a familiar foe.

Mickelson shot a 5-under 65 in the final round at TPC Southwind, his lowest score of the week and one that included only a single bogey. It was a solid bookend effort from Lefty this week, as he opened with a 66 but faded from contention with subsequent rounds of 70 and 73.

After finishing the week at 6 under, Mickelson was in position to crack the top 15 on the final leaderboard - a feat he has accomplished in Memphis every year since 2013 despite never lifting the trophy.

Mickelson began his final round 14 shots behind co-leaders Dustin Johnson and Andrew Putnam, but he got off to a fast start with three straight birdies on Nos. 2-4. He added another birdie on No. 9 to make the turn in 3-under 32, then closed out his round with seven pars to go with birdies on Nos. 15 and 16.

Mickelson has become a recent staple at this event given his penchant for playing his way into major championships. He'll now hope to carry his newfound momentum into next week's U.S. Open, where he has finished runner-up a record six times, including at Shinnecock Hills back in 2004. He also finished T-4 on the Southampton, N.Y., layout in 1995.

Mickelson skipped last year's U.S. Open to attend his daughter's graduation, and he has not contended since finishing second at Merion in 2013. He won The Open the following month, meaning each subsequent year has presented him with an opportunity to round out the final leg of the career Grand Slam at the event that has most eluded him.

Mickelson will turn 48 during the third round at Shinnecock Hills. Should he win, he would surpass Hale Irwin as the oldest U.S. Open champion and would become the second-oldest ever to win a major, behind only Julius Boros.