Lefty's 0-for-26 in U.S. Opens, yet remains optimistic 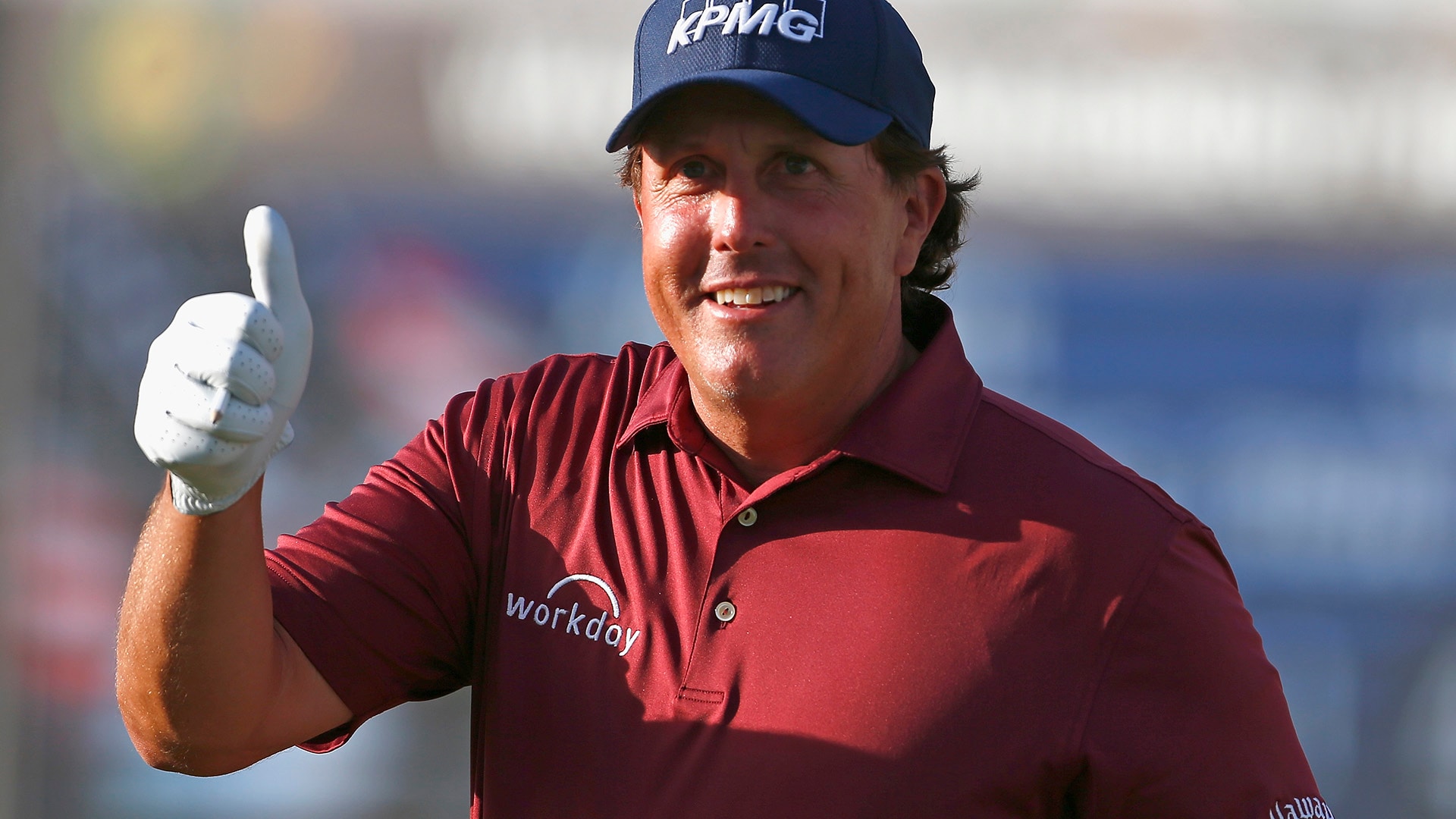 SOUTHAMPTON, N.Y. – Give Phil Mickelson credit, he doesn’t ignore the elephant in the Grand Slam room.

While other athletes might be compelled to hide behind clichés or trite evasions, Lefty instead has chosen to take this particular milestone head on. At 47 years old, maybe he just doesn’t have the time or temperament for that kind of revisionism.

On this, Mickelson is what his resume says he is: a World Golf Hall of Fame member with 43 PGA Tour victories and a five-time major champion who is a single bottle cap - the U.S. Open - away from joining the game’s most exclusive club.

Although he’s a six-time bridesmaid at the U.S. Open, the national championship remains the only missing piece of the Grand Slam puzzle for Lefty. As if he needed to be reminded of this, USGA officials paired the southpaw with Rory McIlroy and Jordan Spieth, a pair of major kindred spirits who are also missing a single leg of the career Grand Slam, for Rounds 1 and 2 at Shinnecock Hills.

“Now that I've won the other three majors, it's U.S. Open specific. I would love to win this one to win all four. That's certainly a goal and nothing I'm shying away from,” Mickelson said.

Mickelson’s relationship with the U.S. Open is complicated. He’s finished runner-up six times, including the last time the championship was played at Shinnecock Hills in 2004, but has become an afterthought at the event in recent years either through lackluster play (like his missed cut in 2016) or properly aligned priorities (such as when he skipped last year’s championship to attend his daughter’s high school graduation).

But he arrives in the Hamptons with rejuvenated focus and renewed optimism. He won for the first time on Tour since 2013 this spring in Mexico and has repeatedly talked about his improved play and confidence in recent weeks.

“I feel like your short game's going to be challenged. Putting will be challenged, as well as ball-striking, irons, driver,” Mickelson said when asked the key to playing Shinnecock Hills. “I feel as though the luck of a course has been taken out as much as possible to where skill is the primary factor.”

But if history suggests the clock is ticking on Mickelson’s quest to complete the career Grand Slam, he clearly has no interest in riding into the sunset just yet.

This week’s U.S. Open will be Mickelson’s 27th start in his national championship, but if being 0-for-26 is a burden for some, Lefty prefers to consider his Open cup half full.

All of the near-misses and heartbreaks, the bad swings and untimely miscues have simply been a part of a multiple choice exam he continues to study for.

Even his runner-up showing here in ’04, an inspired charge that came up two strokes short of Retief Goosen’s winning total of 4 under par, brings a measure of solace.

“I use the disappointments as a learning experience. For instance, in 1995 [at Shinnecock Hills], I played 16 in 6 over par. I lost by four shots. If I played that hole even, I could have won,” he explained. “In my mind back then, a par 5 was a hole you had to make birdie on. And now, as I have kind of evolved, I look back and use that negative as a learning experience to help me play better this week.”

If Mickelson’s outlook is a tad too optimistic, know that this is not born from false hope or wishful thinking. He’s playing some of the best golf of his career and his record at Shinnecock Hills is enough to lift even the most embattled spirits.

In fact, Mickelson can find motivation in the next three U.S. Open venues, with the event shifting to Pebble Beach next year and Winged Foot - where Lefty finished runner-up in ’06 - in 2020.

For Lefty, this week’s U.S. Open is as simple as that, not a burden or another meltdown in the making, just an opportunity to complete his career.