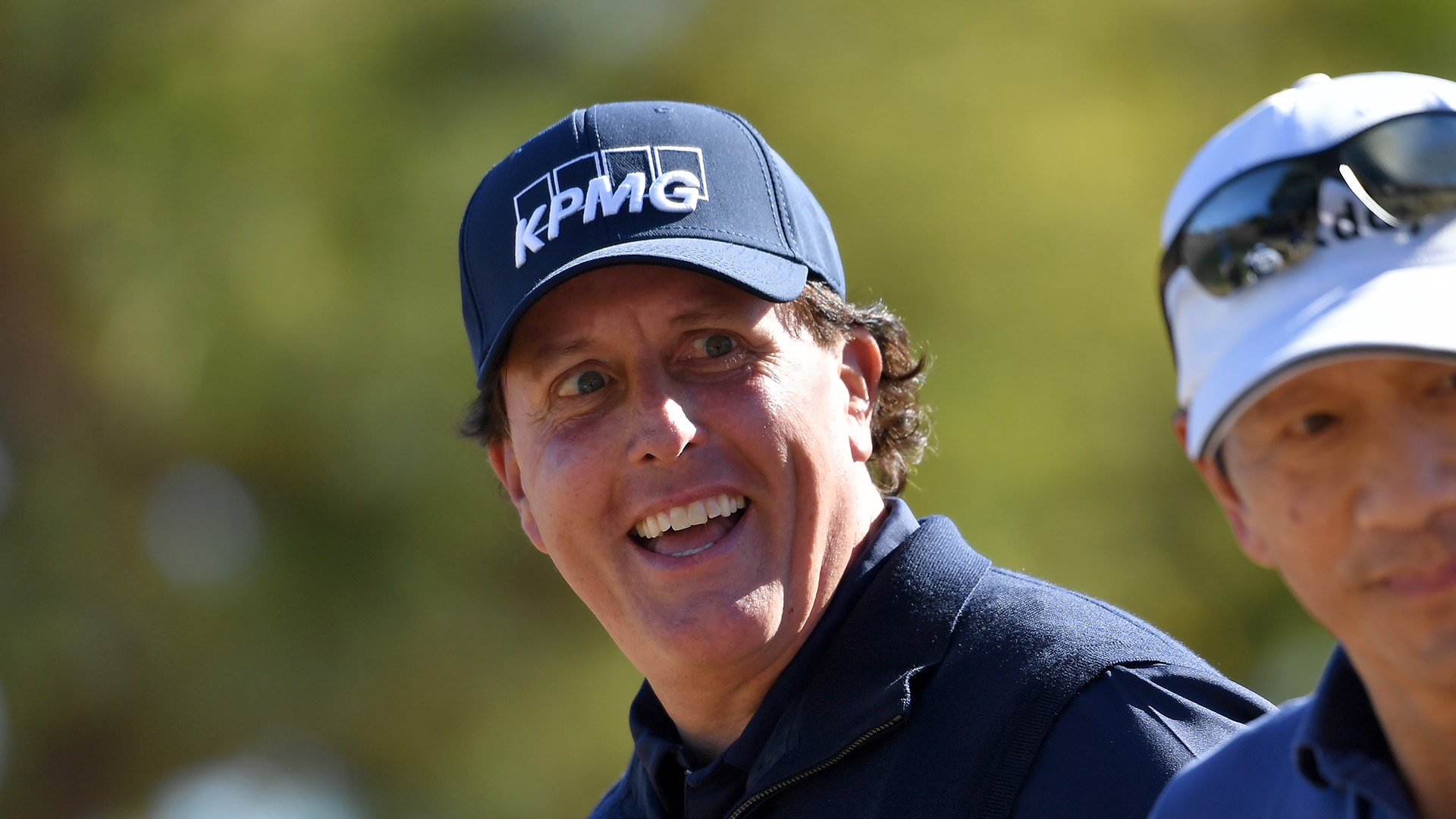 A "rusty" Phil Mickelson continued to shine in the Coachella Valley and will take the 54-hole lead into Sunday's final round of the Desert Classic. Here's how Lefty remained out front Saturday in La Quinta, Calif.:

What it means: Mickelson began Saturday's third round on PGA West's Stadium Course in a hole. Hadwin had passed him on the leaderboard and Mickelson struggled to gain shots, making par on each of his first five holes. The putter that helped him to a first-round 60 and the 33rd 36-hole lead of his PGA Tour career wasn't cooperating (and neither was his driver, for that matter), so Mickelson went to his trusty wedge, chipping in for birdie at the par-3 sixth to kickstart his round. Evidently, his flatstick got the message. Mickelson added birdies on each of his next two holes and tied Hadwin atop the leaderboard with a 33-foot make at the par-3 13th. Mickelson's sixth and final birdie of the day also came on a par 3, the 17th hole, as he got one to fall from 36 feet on the island green. Mickelson, whose only blemish through 54 holes is a double bogey on the Nicklaus Tournament Course's 18th on Friday, finished Round 3 with a 6-under 66 and will take a two-shot advantage into Sunday.

Round of the day: While he ended up missing the cut by a shot at 8 under, USC freshman Charlie Reiter went out with a bang, carding a 9-under 63 on the Stadium Course. The long-hitting local kid averaged 342.5 yards off the tee in Round 3 and totaled eight birdies and an eagle. He'll return to Los Angeles with some momentum.

Best of the rest: Hadwin, who has finished T-6 or better in each of the past three Desert Classics (and shot 59 here in 2017), sits in solo second after a 7-under 65 on the Nicklaus Tournament Course. Defending champion Jon Rahm is six shots back at 16 under, but he can still post his fourth straight worldwide top-10 on Sunday following a third-round, 4-under 68. Cantlay, a shot better at 17 under, is also riding a streak of three consecutive top-10s. He shot 6-under 66 at La Quinta Country Club in Round 3.

Biggest disappointment: Curtis Luck entered the third round in solo second, but the young Aussie posted a 76 on the Stadium Course to drop way out of contention. He closed his round by playing his final three holes in 5 over, and is now 10 under.

Main storyline heading into Sunday: Mickelson continues to disprove his "rusty" social-media comments from earlier in the week with another midseason-form showing in the desert. Mickelson's 22-under total is the second best 54-hole mark of his career. He was 24 under through three rounds of the 2013 Phoenix Open, which he went on to win. In fact, Mickelson has been 20 under or better six times now in his Tour career. He's converted those previous five performances into three wins and two runner-up finishes.

Shot of the day: Some more short-game magic from Mickelson. 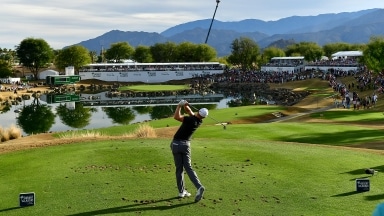 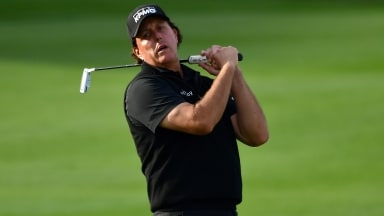 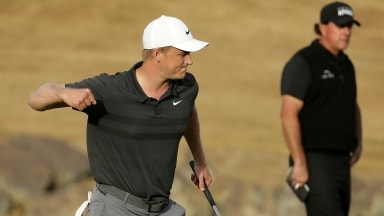