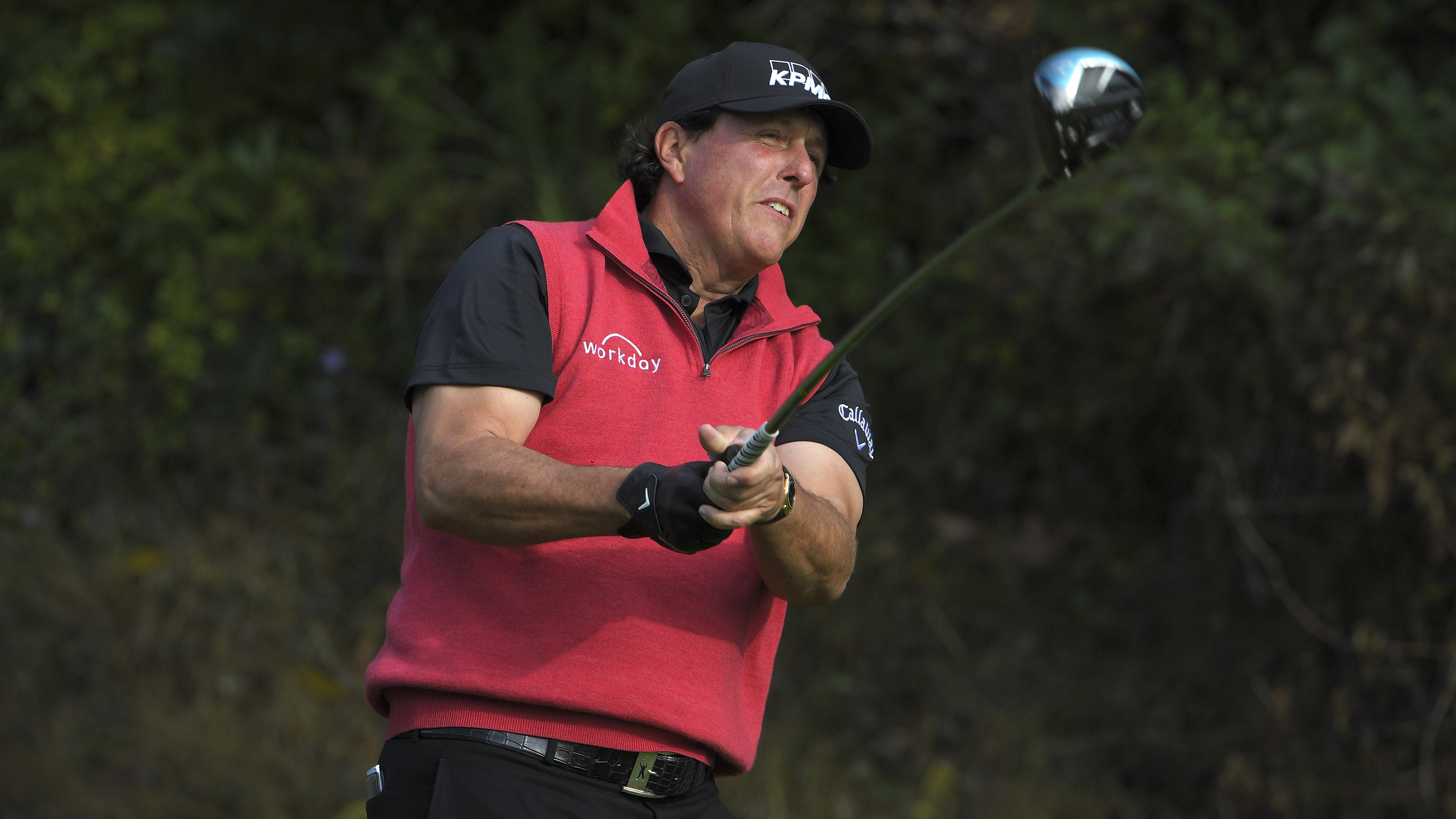 LOS ANGELES – By the time Phil Mickelson completed his first round on Friday at the Genesis Open, his eventful start to the week was already a distant memory.

Mickelson was one of the few groups that teed off for Round 1 early on Thursday in a driving rain. It was a quintessential Lefty start with a tee shot that found a bunker at the par-4 10th hole. Mickelson also found a bunker with his approach shot. His third rolled through the green and into another bunker, but he chipped in for an anything-but-routine par.

Shortly after Mickelson’s eventful start, officials halted play and decided to restart the round and wipe clean the scores from the morning. When Lefty finally restarted his round seven hours later he again made par at the 10th hole, this time with a relatively textbook two-putt effort.

“I don’t even think that’s (his three-bunker par save) in the top 20 of interesting stuff that I’ve had happen,” said Mickelson, who finished with 1-over 72 and was tied for 94th place. “I made the same score in nice conditions so it didn’t really matter.”

Mickelson endured similarly difficult conditions at last week’s AT&T Pebble Beach Pro-Am, which he won on Monday, and supported the decision to restart the round even though it wiped his opening effort from the history books.

“They had to (restart play) because they had to change pins,” he said. “They had to put some pins in higher spots so I thought it was a great call.”