Phil on U.S. Open: 'I really don't have many more chances' 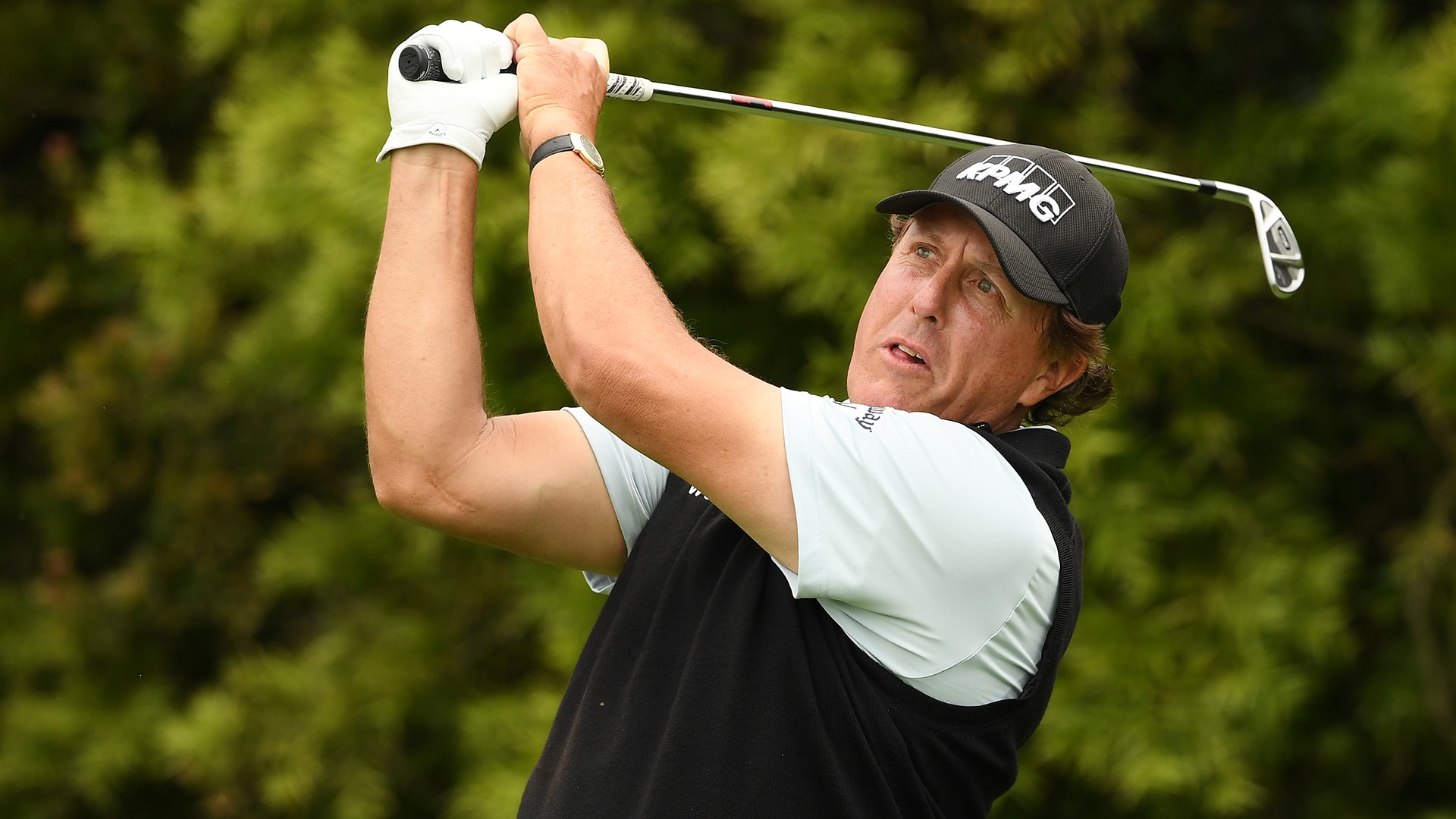 CROMWELL, Conn. – Given his history at Pebble Beach and his family ties to the course and the fact that he’s just running out of chances, last week felt like Phil Mickelson’s last best chance to finally win a U.S. Open.

And now, even Phil is beginning to think it’s not going to happen for him.

“I really don't have many more chances. Probably have to come to the realization I'm not going to win the U.S. Open,” Mickelson said Wednesday at the Travelers Championship.

His frustration with the U.S. Open setups boiled over last year at Shinnecock, when he purposely played a moving golf ball on Saturday afternoon, accepting a penalty so that it wouldn’t roll off the green. Of all the players who have railed against the USGA in recent years, and there have been a lot, Mickelson has served as the unofficial leader of the pack.

To his credit, and to the USGA’s, Mickelson was quite complimentary of the conditions at Pebble, where he finished tied for 52nd.

“It was just a wonderful setup, tournament, competition,” he said Wednesday. “I'm appreciative of the opportunity, even though I didn't play my best or didn't win.”

As for his future chances, the five-time major winner, who is just one U.S. Open win away from the career Grand Slam, will turn 50 during next year’s outing at Winged Foot, the site of his brutal 72nd hole collapse. Fourteen years will have passed since he made his infamous double and uttered the words, “I am such an idiot.”