Mickelson's 600th start a milestone in a career overrun with milestones 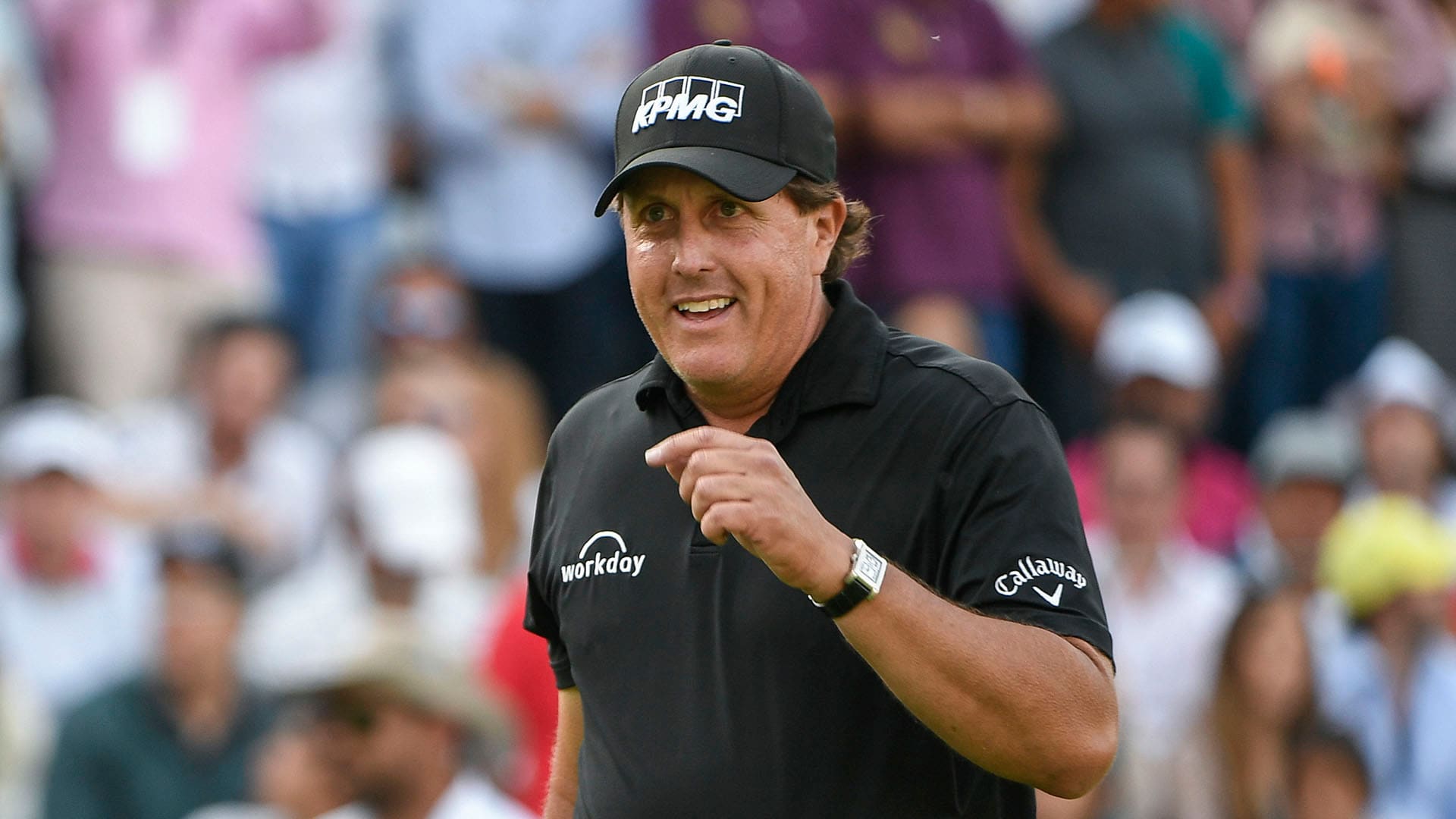 MEXICO CITY – If a skinny 17-year-old Phil Mickelson could see himself now.

Although knowing Mickelson, he would probably offer some subtle jab about not having won a U.S. Open with that boyish smile that defines Lefty to this day.

This week’s WGC-Mexico Championship marks a milestone in a career overrun with milestones. This is Mickelson’s 600th start on the PGA Tour and while he’s still well off the record of 803 starts held by Mark Brooks, it’s clear the game’s most entertaining southpaw has no plans of slowing down anytime soon.

Lefty normally avoids self-reflection – the byproduct, no doubt, of a career defined by wild victories and crushing defeats – and when he was told of this week’s benchmark, it was as mundane to him as a routine par.

“It's just a number. I haven't really thought much about it. It seems like a lot, though,” he shrugged.

Even for Phil, the master of subtlety, that response glosses over so much.

It ignores his first victory on Tour at the 1991 Northern Telecom Open as an amateur, his major breakthrough at the 2004 Masters after an 0-for-46 start to his major-championship career and a total victory count that is 44 and, if this month’s triumph at Pebble Beach is any indication, counting.

It washes over his 11 runner-up major finishes, six alone at the U.S. Open, and a career that’s been defined by the bold shot – in success and failure.

When asked about his first start, however, Mickelson does allow a moment of reflection. It was at the 1988 Shearson Lehman Hutton Andy Williams Open. For those who aren’t golf historians, the event is today called the Farmers Insurance Open, but it was always played at Torrey Pines, which was essentially Lefty’s playground from the time he picked up a club.

“I was 17 and played my first event, and on Tuesday there was a fellow lefty, Ernie Gonzalez, that was a friend of mine that kind of looked after me a little bit,” Mickelson recalled.

Gonzalez, who at the time was playing his second-to-last season on Tour, arranged a practice round for Lefty with Seve Ballesteros.

“That was the guy I just looked up to and he meant so much to me,” Mickelson said. “It was awesome. He couldn't have been nicer, he couldn't have been more engaging. I was able to watch how he played a practice round. He didn't keep score. He would hit shots, practice chips. I got to watch that.”

It all makes sense that Mickelson, who never met a shot he wouldn’t attempt, would idolize Ballesteros, perhaps the game’s original escape artist.

That event, as fate would have it, was exactly 31 years ago this week. Lefty missed the cut with rounds of 74-71, but even at that stage in his development there were the signature moments. He started his week with a birdie at his second hole, added three more along the way to go with four bogeys and a double-bogey 6 on the 17th hole.

It was all so Phil.

Mickelson needed just five more starts to show the world what would become the norm for the better part of three decades. In Tucson in 1991, he opened with a 65, took a two-stroke lead into the final round and closed with a 1-under 71 that included a quintuple-bogey 8 on his 68th hole.

Mickelson played 13 more Tour events as an amateur before turning professional. He remained at Arizona State and received his degree in psychology in 1992. It was exactly what Steve Loy, the men’s golf coach at Arizona State who began recruiting Mickelson when he was 16 years old, expected from his star player.

In fact, 31 years after Lefty’s first start, Loy, who left ASU to become Mickelson’s manager when Mickelson turned pro, now admits this is where he imagined Mickelson would be in his career.

“When I quit coaching I knew he was special and that he had a chance to hopefully be part of the record books. Nothing surprises me about him,” Loy said. “It’s been a blessing. This guy continues to succeed at whatever level he’s been. I know he’s going to win some more. I don’t know how many or when but he’s game for it.”

Opinions on Mickelson vary wildly, but the numbers stand above opinions and personal preferences. This week’s no-cut stop will mark Lefty’s 502nd made cut, that’s a .835 average for playing the weekend. He’s tied for fourth in all-time 72-hole scoring (256 at the 2013 Waste Management Phoenix Open) and holds the record for most birdies in a tournament (37 at the 2004 Bob Hope Chrysler Classic) with Tom Kite.

He’s also been on the wrong side of history for what seems like a record number of times. At the 2006 U.S. Open, he hit just two of 14 fairways in the final round and played his last three holes in 3 over to finish second. At the 2013 U.S. Open, he began the final round with a one-stroke lead but finished the day with two double bogeys and three bogeys on his card for another bridesmaid showing.

He’s also proven at times to be a little careless with his emotions. During last year’s U.S. Open at Shinnecock Hills, he inexplicably hit his golf ball on the 13th green while it was still moving, and earlier this month he pushed to finish the AT&T Pebble Beach Pro-Am in the dark despite the protests of his playing partner Paul Casey.

Mickelson apologized for both incidents.

But most of all, in 600 starts he’s proven to be a fan favorite. If Ballesteros was his idol growing up, it was Arnold Palmer who taught Lefty the correct way to engage with fans – politely and as personally as possible.

So much has transpired for Mickelson in 600 starts, from his growing family to his unique legacy. But since that unassuming first start in 1988 at Torrey Pines, his welcoming smile and willingness to entertain has remained unchanged.