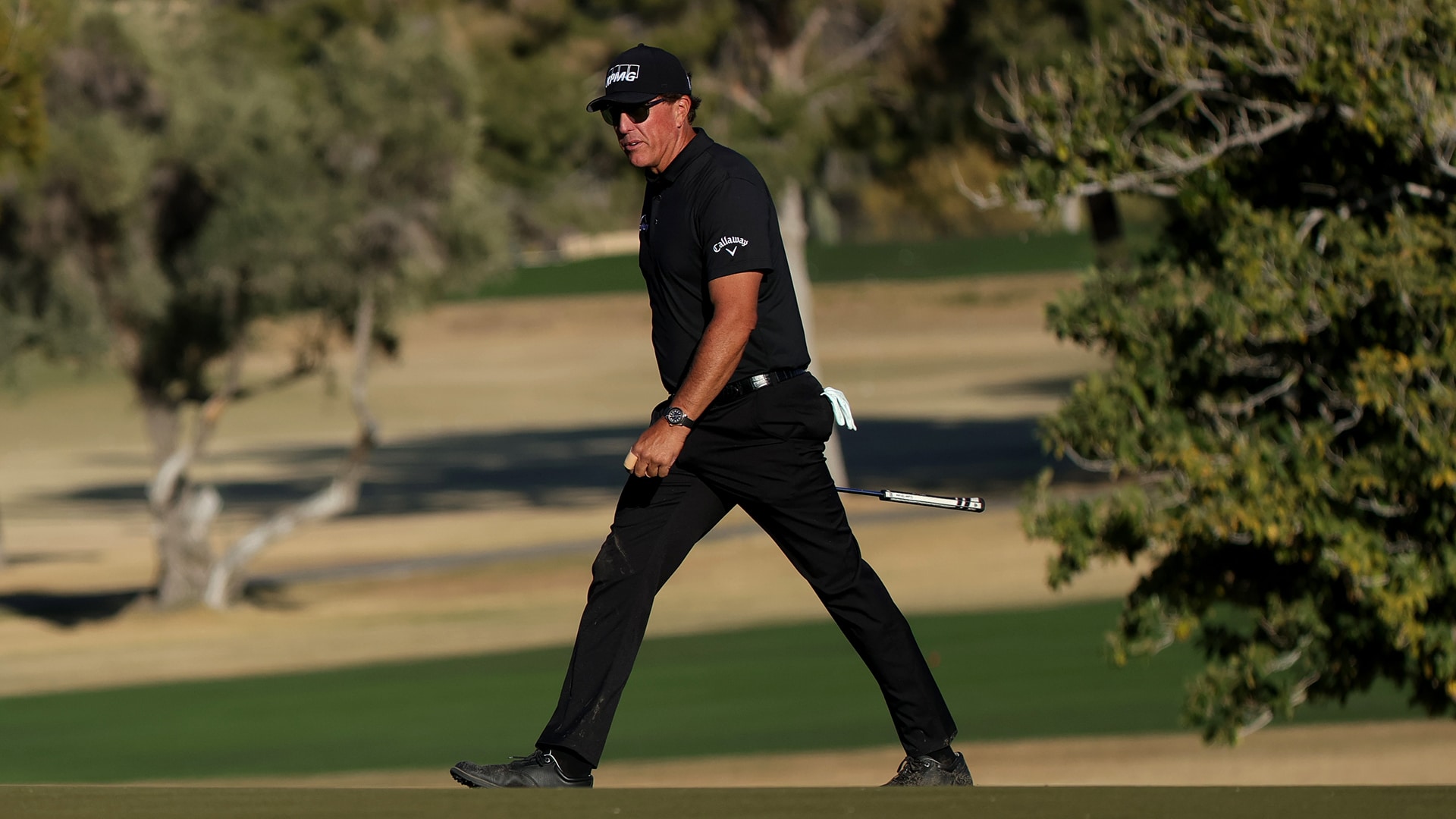 TUCSON, Ariz. — Phil Mickelson made a birdie after hitting out of the mud on the par-5 15th hole during a 3-under 70 at the Cologuard Classic on Friday, putting him in contention for a third straight victory to open his PGA Tour Champions career.

Mickelson was four shots behind Mike Weir, who had a bogey-free 66 in windy conditions at Tucson National. Scott Verplank holed out from a greenside bunker for birdie on the par-4 ninth to close out a 67.

Mickelson is bidding to become the first player to win his first three starts on a PGA Tour-sanctioned tour.

Lefty had a relatively stress-free front nine, shooting 3 under on one of the courses where he became the last amateur to win on the PGA Tour 30 years earlier.

The five-time major champion began having trouble on the back nine, starting with a three-putt bogey on the par-4 11th. Mickelson took double bogey after hitting out-of-bounds on the par-4 13th and appeared to be in trouble when his tee shot on No. 15 rolled into a pond at the corner of the dogleg.

With the ball sitting on the edge in the mud, he waded in and punched an iron shot down the fairway, earning applause from playing partner Fred Couples. Mickelson hit his third shot on the par 5 to 4 feet and, after wiping mud off his shoes, drained the putt.

He followed with another birdie on the par-5 17th, carving a 3-iron to the front bunker and nearly holing it. He closed with a par on the difficult par-4 18th to shoot even-par 37 on the back nine.

Mickelson won the Ozarks National in Missouri last August in his first start after turning 50 and followed up with a win at the Country Club of Virginia in October. Though primarily focused on playing on the PGA Tour, he opted to return to Tucson, where he won three times — the first at Tucson National and TPC Starr Pass as a 20-year-old amateur at Arizona State.

Weir opened with two birdies and followed with seven straight pars. The 2003 Masters champion and had five birdies in a stretch of seven holes to shoot five-under 32 on the back nine.

Verplank had a stretch of six birdies in seven holes after starting on the back nine and followed eight straight pars with his holed-out bunker shot.

Jerry Kelly defended his title in his hometown against Fred Couples and Miguel Angel Jimenez.