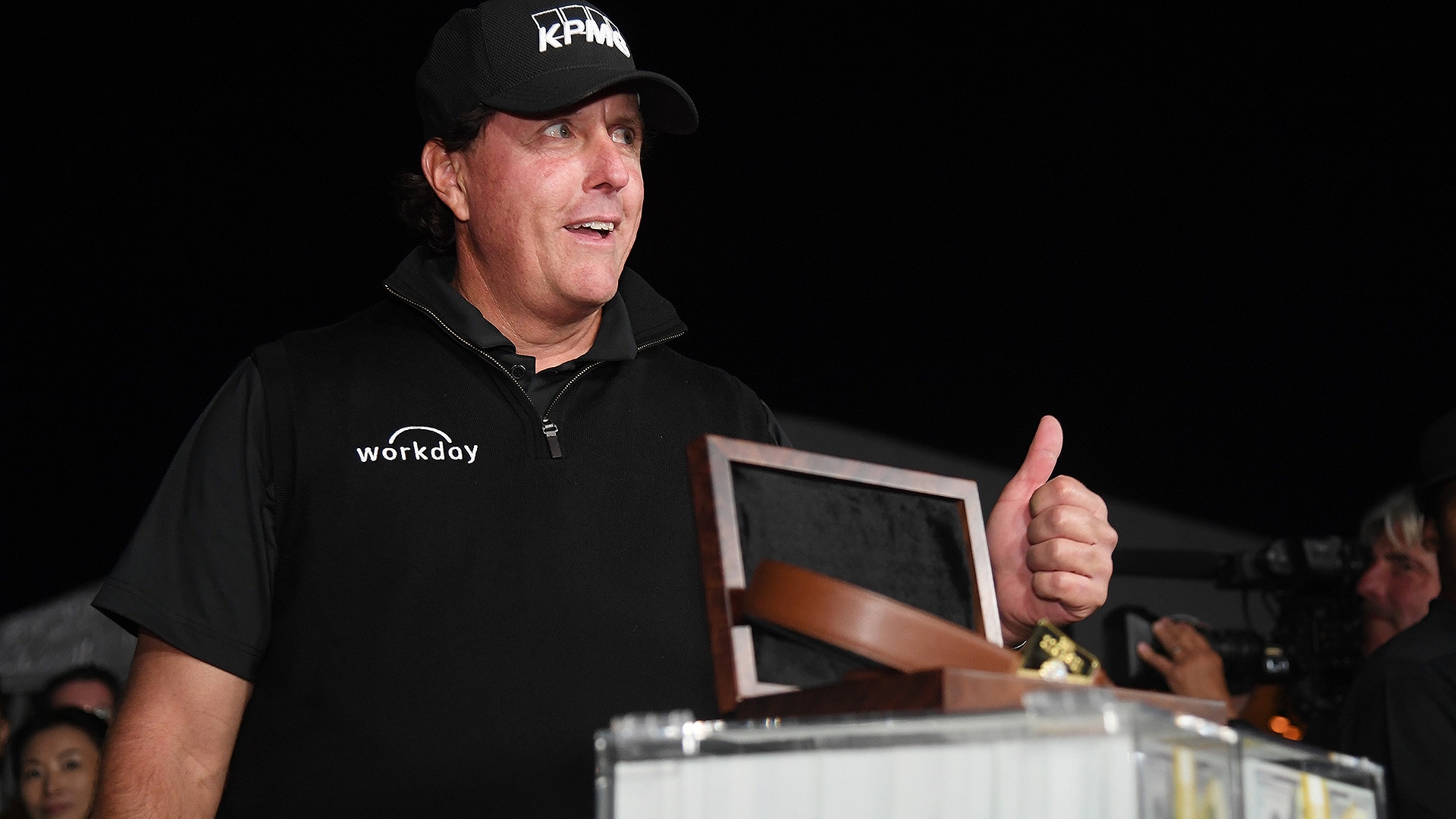 Phil Mickelson didn't receive any OWGR points for his match-play win over Tiger Woods this weekend, but he still reached an impressive milestone when the latest rankings were published.

By remaining at world No. 27 for another week, Mickelson has now gone 25 straight years without ever dropping outside the top 50 in the rankings. It's a run he started by moving from 51st to 47th on Nov. 28, 1993, and after winning at Kapalua to start the 1994 season he never looked back.

Mickelson's streak nearly came to an end this year as he dipped as far as No. 49 in late January, but he turned things around just in time and got back to as high as No. 18 this summer. Mickelson's longevity streak overlapped with the Woods' prime, which is a big reason why Lefty never reached world No. 1 despite putting up more than two decades of impressive results on an annual basis.

The No. 1 spot now belongs to Brooks Koepka, who moved back in front of Justin Rose over the Thanksgiving holiday despite neither player hitting a shot. Rose will have a chance to regain the top spot this week at the Hero World Challenge.

The only other change among the top 10 came at No. 9, where Rickie Fowler moved ahead of Tommy Fleetwood in advance of his title defense in the Bahamas. Dustin Johnson remains No. 3, with Justin Thomas, Bryson DeChambeau, Francesco Molinari, Rory McIlroy, Jon Rahm, Fowler and Fleetwood rounding out the top 10.

As he gets set to return to action this week at Albany, Tiger Woods remained No. 13 in the latest rankings.