Phil's long ride in the top 50 coming to an end? 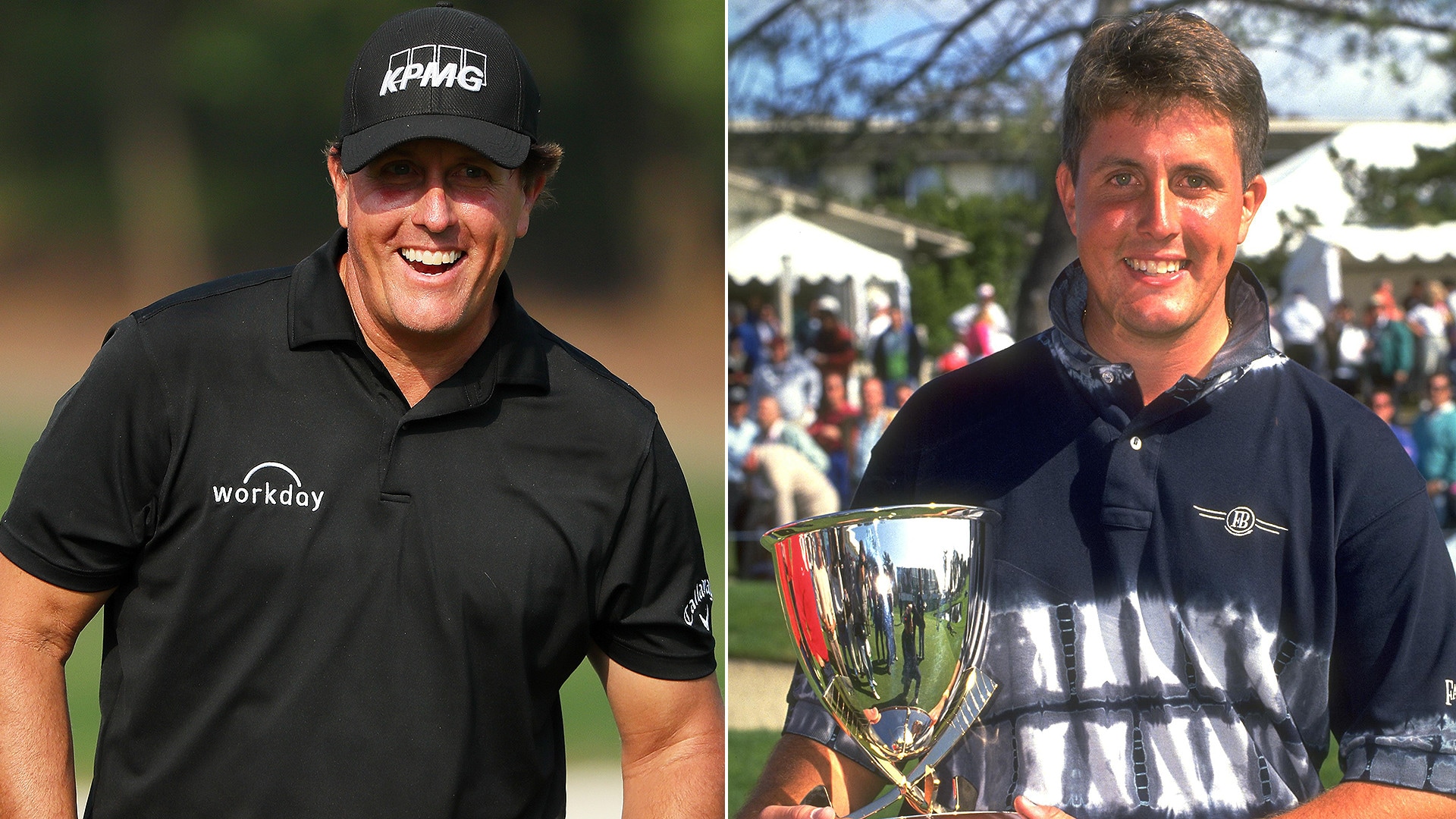 Phil Mickelson took a two-week trip to Japan in November 1993, ostensibly to play in a few golf tournaments, but ultimately it was the beginning of an incredible 24-year stretch.

Mickelson finished eighth in the Dunlop Phoenix event and followed that with a runner-up finish to Tom Lehman in the Casio World Open. Those top-10s were enough to move him from 60th to 47th on the Official World Golf Ranking.

He hasn’t since fallen outside the top 50, but that streak is hanging tenuously in the balance as he is currently No. 49.

Nothing lasts forever, and as Mickelson’s nearly quarter-century streak of being ranked among the world’s top 50 is in jeopardy of ending, what better time to examine Lefty’s history in the ranking, and his love-hate relationship with the game’s signature hierarchy; an interaction that has both cemented his status as one of the greatest players of all time and teased him – oftentimes tantalizingly so – by keeping him from the top spot.

“[T]hose are things that I try not to think about, because I know that if I play good enough golf, it will take care of itself. “ – Phil Mickelson, November 2008

Mickelson was 23 when he first ascended into the top 50, and it took him three more years to reach the top 10. The day Phil reached that pinnacle – August 25, 1996 – is a memorable one, not especially for Mickelson, who moved to ninth after winning the World Series of Golf, but because it was the day Tiger Woods won his third straight U.S. Amateur. Woods turned professional one day later.

It wouldn’t be the last time Tiger overshadowed Lefty.

Mickelson spent much of the next 15 years in the top 10, and never fell out of the top 20. For much of that time he was looking up at Woods. During that period, Mickelson was No. 2 on in the world on eight different occasions, spanning 270 weeks. For every one of those weeks Woods was No. 1.

Mickelson has credited Woods ascendancy as one of the reasons his own career has been so successful. “I feel as though had Tiger not come around, I don't feel I would have pushed myself to achieve what I ended up achieving, because he forced everybody to get the best out of themselves,” Mickelson said at the 2017 PGA Championship. “He forced everybody to work a little bit harder.”

But by the end of the new millennium’s first decade there was an opening for Mickelson.

“Looking back on my career, I think that it would mean a lot to me to be able to say at one point I was No. 1, even if it was for a week, a month, what have you, whatever the time period was, to say I climbed to the top. The goal of all of us would be to say that would be pretty cool, and what I'm striving to accomplish.” – Phil Mickelson, May 2009

Mickelson is not one to enjoy ranking his career accomplishments, at least not for public consumption. He would, on occasion, take to task reporters who beseeched him to “itemize” his career, talking around their questions. And even though he often protested – perhaps too strenuously – that he didn’t understand the inner workings of the world ranking, he always knew where he stood. And by the summer of 2010 he was ohsoclose to pushing himself to the mountaintop.

Woods was not at his best during that time frame, a combination of personal issues and a neck injury combined to put his No. 1 rank in jeopardy. Seemingly every week from the 2010 Masters through the end of September, second-ranked Mickelson had a chance to move up. And seemingly every week he was asked about it.

Mickelson used a variation of the phrase “it’s not an area I focus on,” so often that summer that he was sometimes accused of not caring about the ranking. But he did care, admitting as much prior to the Open Championship. By not focusing on the ranking, he wasn’t saying he didn’t recognize that the No. 1 spot was within his reach, he was saying the tournament was the thing, that getting ready to play challenging golf courses and succeeding would bring their own rewards. “If I were able to win, it would be great to be able to get that ranking,” he said that week at St. Andrews. “But what I care more about right now is trying to win the Open Championship.”

In the end, however, Mickelson always came up short. Lesser players such as Lee Westwood, Martin Kaymer and Luke Donald eventually replaced Woods at No. 1 and Mickelson was left to contemplate his lot.

Mickelson finally moved ahead of Woods in April 2011. Mickelson was third, Woods was seventh. “It would really mean a lot if he was No. 1 at the time when I passed him,” Mickelson joked prior to the Masters. “Yeah, that would be really cool.”

But in celebrating Mickelson’s tenure in the top 50, the fact he never reached No. 1 should not depreciate the accomplishment, just as the fact he has not won a PGA Tour Player of the Year award hasn’t diminished his Hall-of-Fame legacy.