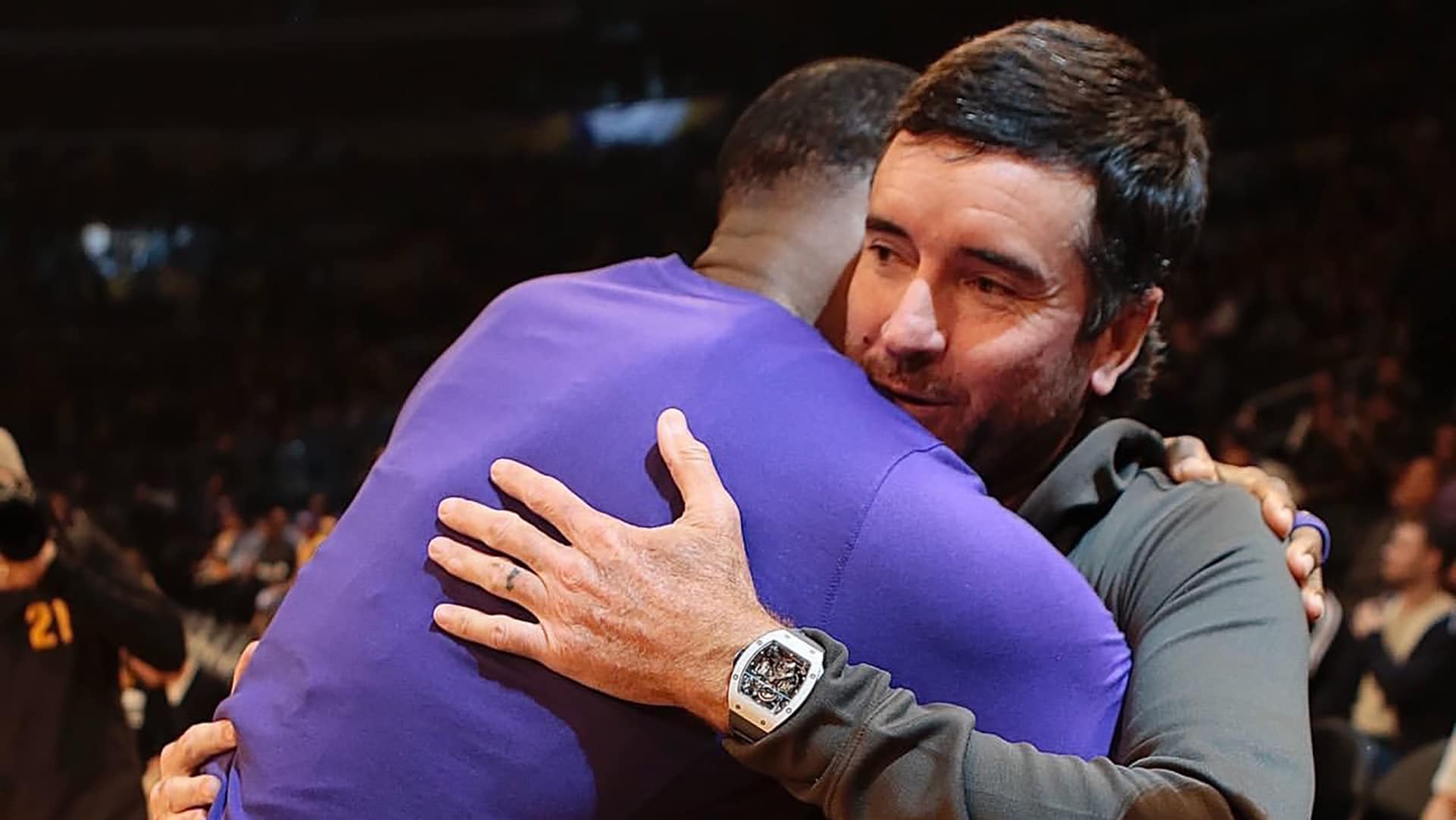 Bubba Watson may have lost the Genesis Invitational's Celebrity Cup on Monday at Riviera, but that didn't stop him from having a fun night at a Lakers game.

Watson and his wife, Angie, sat courtside as the Lakers hosted the Phoenix Suns at Staples Center. Not only did they sit next to actor Chris Tucker, but Watson also posted photos of he and Angie with YouTube star JoJo Siwa and hugging LeBron James.