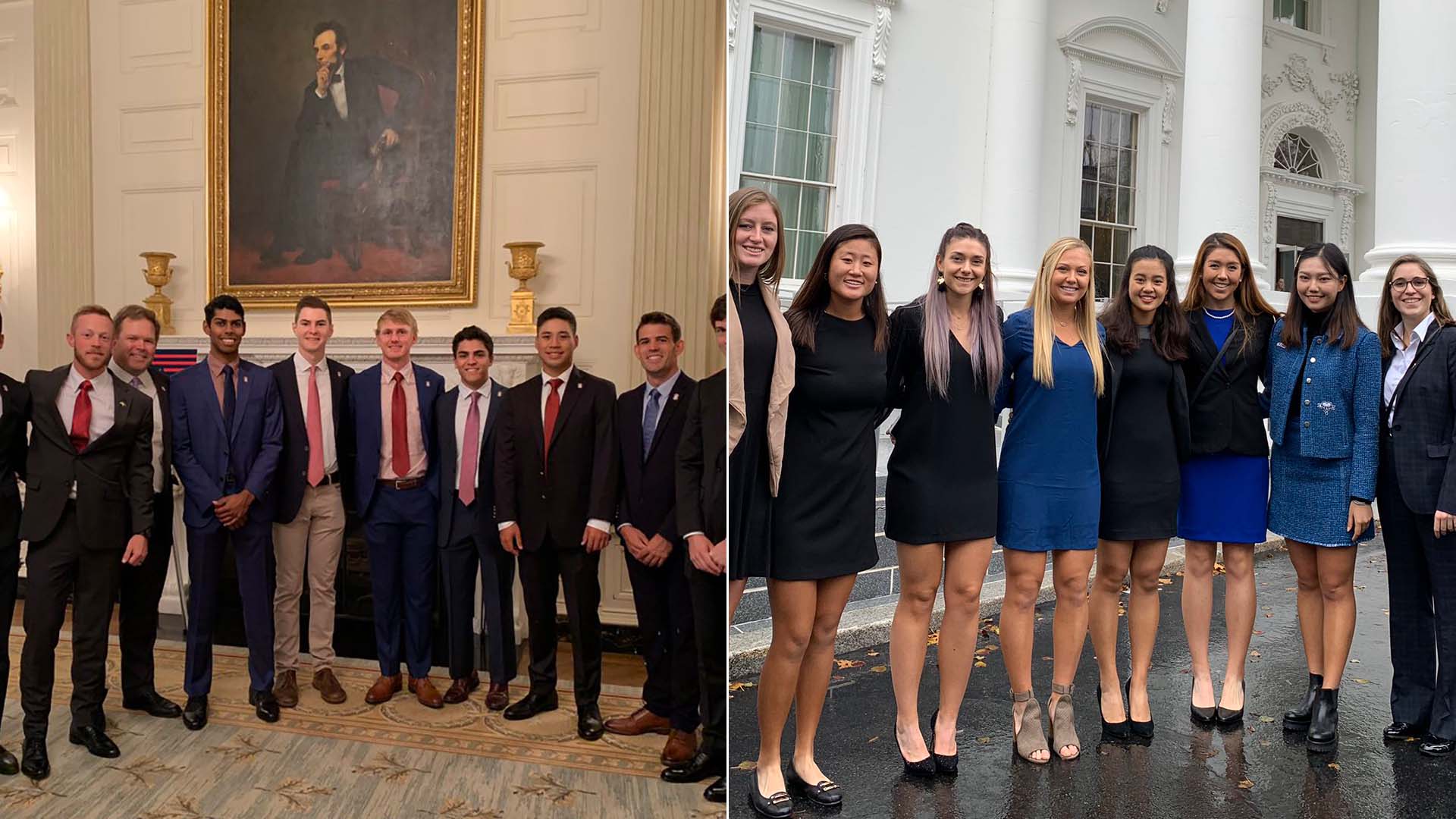 The visit also included a meeting with President Donald Trump and a peek inside the Oval Office.

For Duke, this was the Blue Devils' third trip to the White House. They also received invites from Presidents George W. Bush in 2005 and '07.