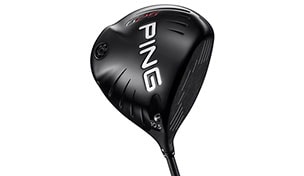 Getty Images
SPRINGFIELD, IL - JUNE 13: Storm clouds gather over the ninth hole during the fourth round of the LPGA State Farm Classic at Panther Creek Country Club on June 13, 2010 in Springfield, Illinois. The fourth round has been suspended indefinitely. (Photo by Darren Carroll/Getty Images)  -

Ping has waded even deeper into the adjustability pool, this time with its G25 driver. Released right after the PGA Merchandise Show, it is the first in the G series to have that feature, and it gives golfers the ability to tweak lofts half a degree, either up or down.

As was the case with its Anser driver, which the Phoenix equipment maker released last year, Ping took its time in adding adjustability to this popular line.

“Once again, we wanted to be sure we would not impact performance in the process,” said Brad Schweigert, director of engineering at Ping. “Adjustability had to add value.”

As far as Schweigert is concerned, it does just that. For starters, the company created a hosel design for the G25 that boasts the same outer diameter and mass of fixed hosels. As a result, engineers didn’t have to add weight to that part of the club and were free instead to use it in places that improved performance. Utilization of Ping’s ultra-thin crown technology helped in those regards as well.

“We were able instead to drive the Center of Gravity (CG) lower and farther back in the 460 cc head to produce that optimal high launch/low spin performance for greater distance,” he said. “At the same time, we distributed more weight to the perimeter for better forgiveness and higher Moment of Inertia (MOI).”

A variable-thickness face is designed to deliver a powerful energy transfer for faster ball speeds and greater distances, while a charcoal, non-glare club head finish is made to assist with alignment and eliminate reflections. They come in four lofts, which run from 8.5 to 12 degrees.

Bubba Watson, Hunter Mahan and Lee Westwood have all switched to the G25. “Lee only saw a slight increase in distance on center hits,” Schweigert said. “But he found he lost much less yardage on his mishits. Bubba had similar results, while Hunter says the G25 added 10 yards to his drives.”